The Central Regional Director of the Department of Gender, Thywill Eyra Kpe says data from the Ghana Health Service (GHS) reveals that 19% of adolescent boys are responsible for teenage pregnancies in the region.

According to her, the data shows that most of the adolescent boys who impregnate the girls have just completed basic school and are mostly between the ages of ten and nineteen years.

“We realized that when it comes to sex it is both sides but if you look at the Ghana Health Service data for 2017 on who makes the adolescent girls pregnant, you will realise that about 19% of the boys who make the girls pregnant are boys who have just completed basic school between the ages of 10 and 19 years.

“And so we realized that it was important to engage these group of boys as part of our advocacy work to end sexual and gender-based violence and to promote good adolescent sexual and reproductive health practices that ultimately can help reduce teenage pregnancies in the Central Region,” the Regional Director of Gender said. 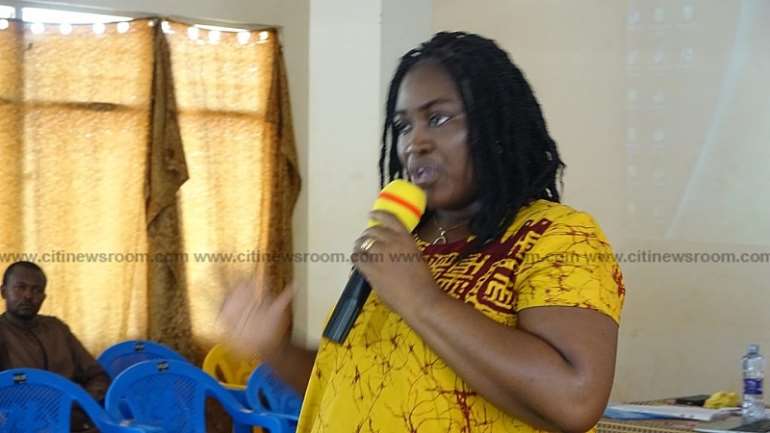 According to her, the Department of Gender started an advocacy program last year where they engaged hundred adolescent boys and hundred adult men.

“Last year we started with our male schools as part of our advocacy program where we engaged hundred adolescent boys and hundred adult men. As part of recommendations from last year’s process, the boys indicated that most of the times when it comes to sexuality issues and sexual reproductive health issues we engaged the adolescent girls more meanwhile some of them lack the information they need to be careful,” Thywill Eyra Kpe said. 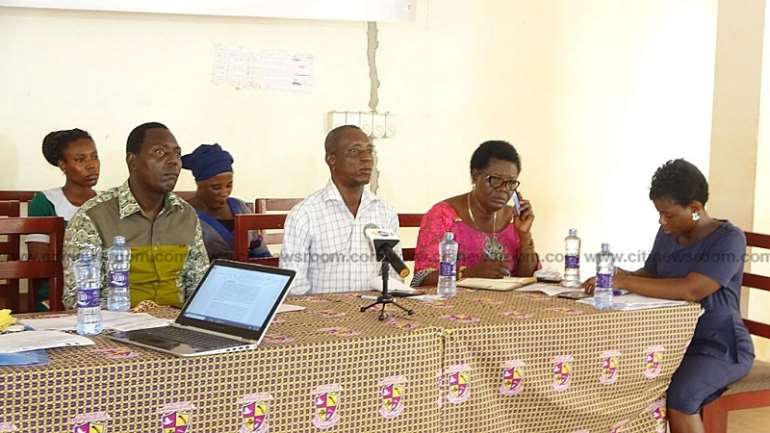 Efforts being made to reduce prevalence

The Department of Gender in the Central Region as part of efforts to help reduce the high rate of teenage pregnancies among adolescents, as well as reducing sexual and gender-based violence has embarked on a sensitization programme for adolescent boys to help curb the menace.

The programme which is being sponsored by the United Nations Population Fund (UNFPA) was held at the John Evans Attah Mills Senior High School in Ekumfi Otuam where young adolescent boys were taken through strategies to help them overcome adolescent based issues. 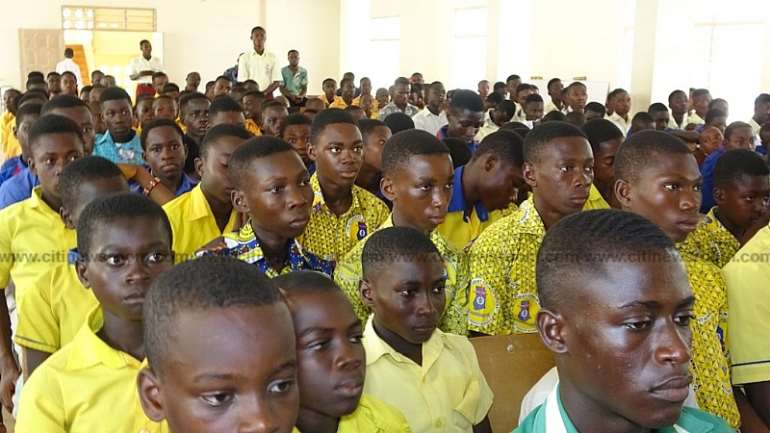 Speaking in an interview with Citi News, Thywill Eyra Kpe, the Central Regional Director of the Department of Gender indicated that strategies that have been put in place include partnering the Ghana Health Service to provide adolescent-friendly corner services for the young people and institutions such at DOVVSU have also been engaged to take the adolescent on the legal aspect of sexual and gender-based violence that may lead to pregnancies.

“We realised that the issue of teenage pregnancies is a bit complex and it also delves into child marriage and cohabitation” she added. 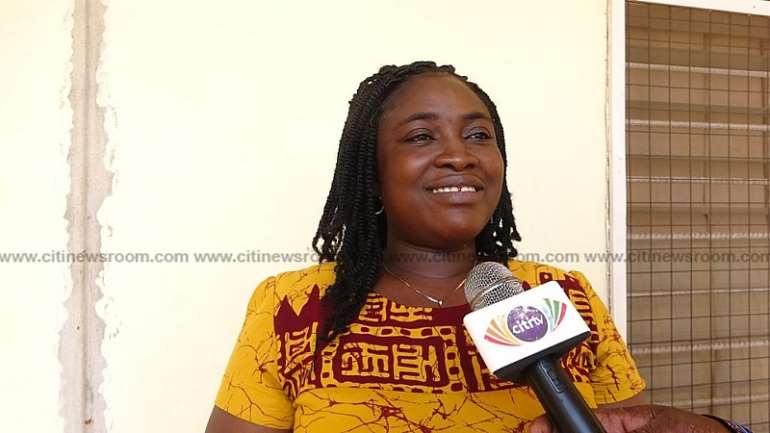 According to her, the department has also started a Community Parents Advocacy Network groups where parents are trained on ways to keep their adolescent child out of trouble.

“Most of the issues of pregnancies and child marriage is as a result of parental neglect and parental irresponsibility so we started the Community Parents Advocacy Network groups where we engaged the parents on ways not to shirk their responsibilities but we are also going to expand the network to other areas,” Thywill Eyra Kpe said.

In the end, school children from various schools who were present at the sensitization workshop were taken through various ways of overcoming the menace.

Dorcas Brenda Asare. District Director of Education for Ekumfi on her part advised the young adolescent students to rather embrace their books instead of engaging in sexual activities. 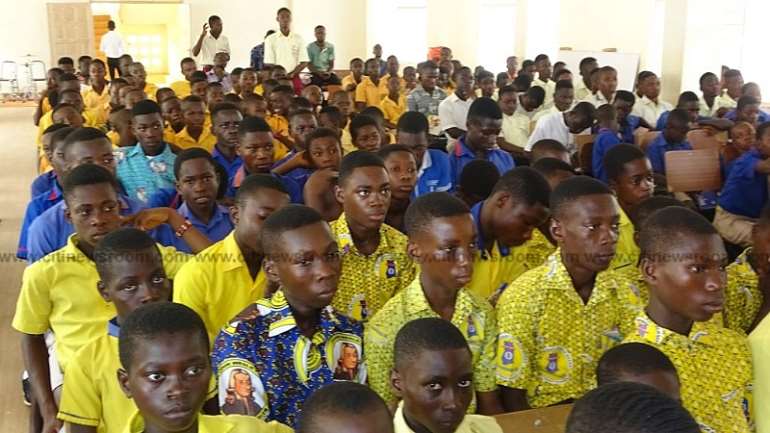 According to her, abstinence is the only way to go for adolescents.

“You are being sensitized now and you must make good use of it, it doesn’t mean that when you have the urge to have sex then you must go and have sex, we are preaching abstinence and I think this kind of education is good for our boys because they will be cautious of what they do”the District Director of Education for Ekumfi added.

She also called on teachers who take advantage of young adolescent at the various school to desist from it adding that it is an offence that is punishable by law.

“We are not saying teachers must not send adolescent students on errands to their homes but it can be dangerous and it is not the right thing because as a teacher if you defile a girl or rape her you will face the law and Ghana Education Service cannot do anything to help the situation and once the girl is in uniform you don’t have any moral right to engage in a relationship with her,” Dorcas Brenda Asare said.