26 January changemakers: How these Indigenous Australians want you to view today

With him were seven other protesters. Most of them, Mr Anderson says, have since died. 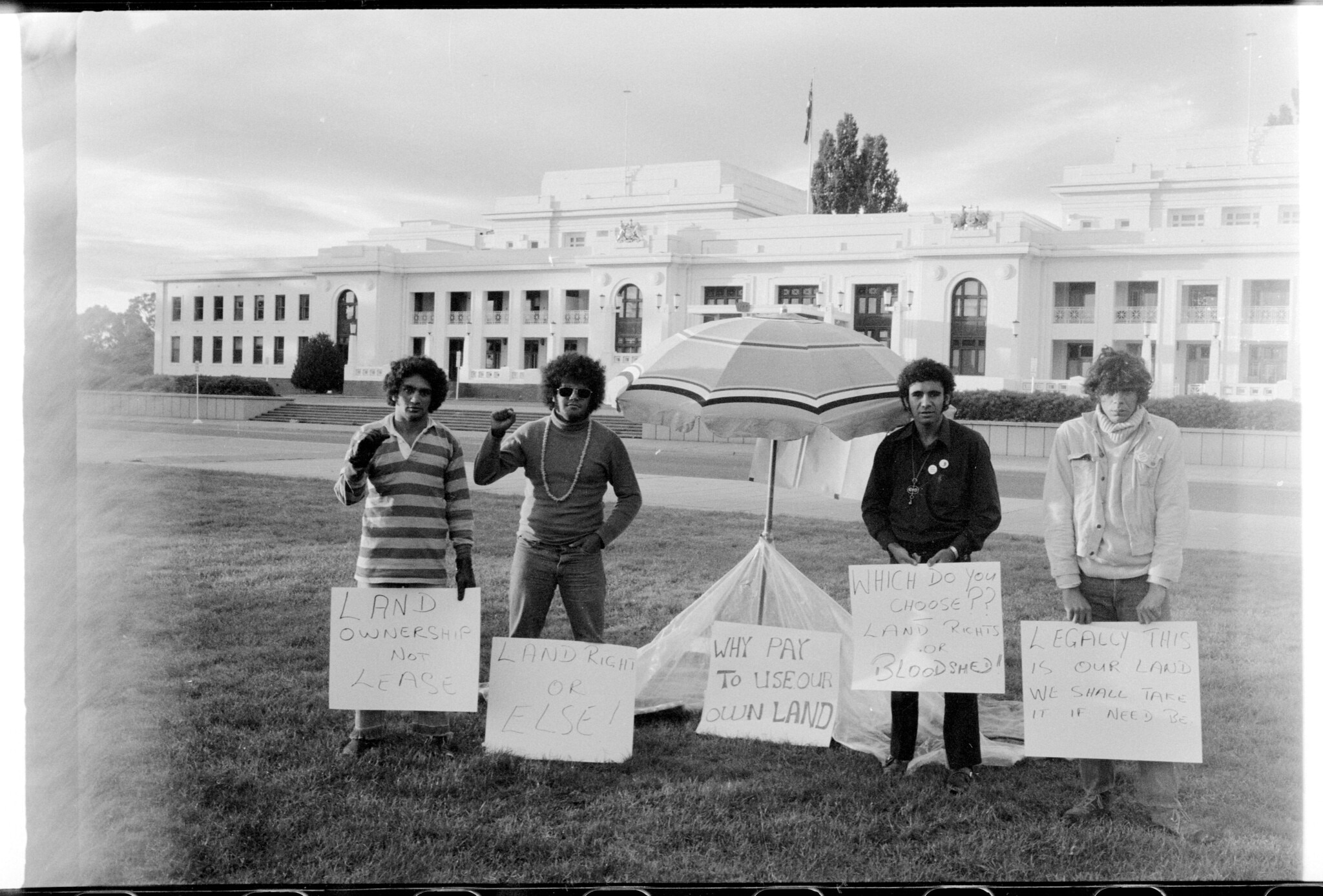 Hours later, Mr Anderson, who was just 20 years old at the time, and three other men – Billy Craigie, Tony Coorey and Bertie Williams – packed up a beach umbrella, hessian bags and some cardboard, and drove to Canberra.

When they arrived, they pitched the umbrella in the front lawn of Parliament House and declared the Aboriginal Embassy open. This action marked the beginning of mass public support for the land rights movement, which culminated in the introduction of the Native Title Act in 1993.

“It was a confrontation of the two, the mighty occupier and those who have been occupied,” Mr Anderson tells SBS News. “And four fellows, in the first instance, who decided, ‘ok, we are here and you’re going to listen’.”

Today, the Aboriginal Tent Embassy, as it is now known, still stands outside Old Parliament House. The number of people marching for Indigenous rights though has skyrocketed from the small group Mr Anderson remembers. 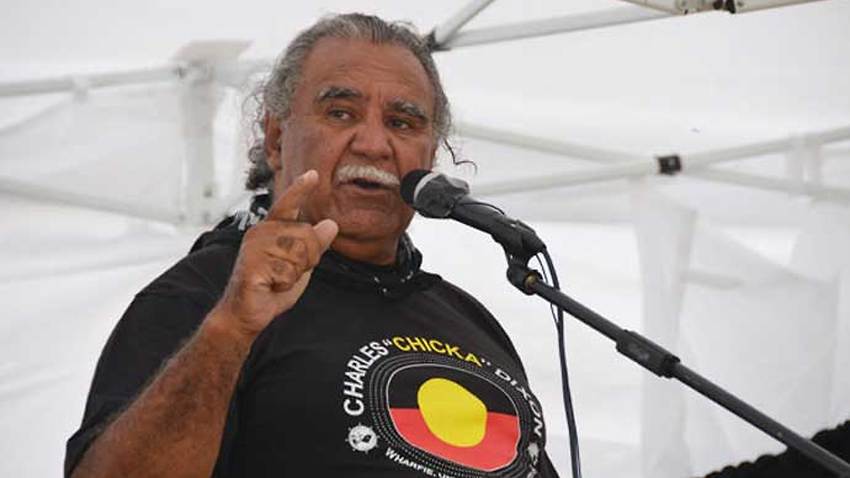 “The politicians are watching the numbers on the street on Australia Day, as they call it,” Mr Anderson says, referring to the growing Invasion Day marches that call for the national holiday to be moved or scrapped altogether until Indigenous sovereignty is returned.

“The thing I like about the mass public support these days is that they realise, ‘yes, there’s something terribly wrong in this country’,” he says. “I believe they [non-Indigenous Australians] are genuine in their efforts, and that’s why they march with us and fly our colours.”

Mr Anderson says conversations around Australia’s history have changed significantly since his youth, something he partially credits to the country’s growing multiculturalism.

“I think they [recent immigrants] were told more about Aboriginal Australians than in Australian schools,” he says. “And I think they feel ashamed of the fact that we have a country that is total denial.

“Who’d have thought back in 1972 that we would have a flag? Now we have a flag flying in the middle of the High Court of Australia.”

For Bidjigal elder Aunty Barbara Simms Keeley, 26 January is a day of reflecting on “what could have been”.

Walking around the coastline at Sydney’s La Perouse, where her ancestors lived, Aunty Barb tells SBS News the date is “just another day in the calendar, a day that will pass as it slowly draws in, it’ll rise with the sun and set with the moon.”

“January 26 means absolutely nothing to me.” Aunty Barb, who is a child of the stolen generation, will be spending 26 January this year hosting an Invasion Day rally in Sydney, one of many similar events planned across the country.

She’ll also be “hopefully meeting people, listening to people,” she says. “I won’t be having no backyard barbie.”

At this year’s Sydney rally, all speakers will be family members of Indigenous people who have died in police custody or, like Aunty Barb, were touched by the Stolen Generations. “The government needs to explain a lot of things that went wrong, horribly wrong, the atrocities,” she says. “We talk about reconciliation, we as a people have nothing to reconcile with. It’s white Australia that needs to reconcile with us. They need to come to us and ask ‘what has happened, how can we get together with you?’”.

Like many others, the respected elder says she would like to see the date of the national holiday changed so it is inclusive of the country’s first inhabitations.

Prime Minister Scott Morrison is a staunch supporter of keeping the holiday on 26 January.

In last year’s Australia Day message, he said: “We’re a country made up of so many peoples. Our Indigenous peoples, settlers, migrants who have come from all around the world … Australia Day is the day we must come together. It’s on this day, January 26, because that is the day that Australia did change forever and our modern nation began.”

And as recently as last week he pushed aside suggestions to move it, telling the Seven Network: “It’s not even a debate we’re having at the moment. I don’t want to be distracted by that.”

But Aunty Barb is still hoping for change. “I would love to see the date changed because it means nothing to us as Aboriginal people,” she says. “If we can get the date changed, it would mean a lot to me.

While many view the day as one of mourning, many others see it as an opportunity to celebrate the survival of Indigenous Australian culture.

One of those people is Wiradjuri and Walbunja woman Jinny-Jane Smith, who sits on the board of the Gadigal Information Service, which runs the Sydney arts organisation Koori Radio.

“It’s always been a celebration day for Aboriginal people, in terms of celebrating the survival of our existence,” she says. “Genocide didn’t happen.”

Now in its 20th year, the festival, held in Camperdown’s Victoria Park, has grown to become the largest single-day celebration of Aboriginal and Torres Strait Islander cultures in Australia. Once again, Ms Smith says it all comes back to sharing stories.

“We want to see an inclusion of Aboriginal people, First Nations people, at the forefront of all issues that are Australian issues,” she says. 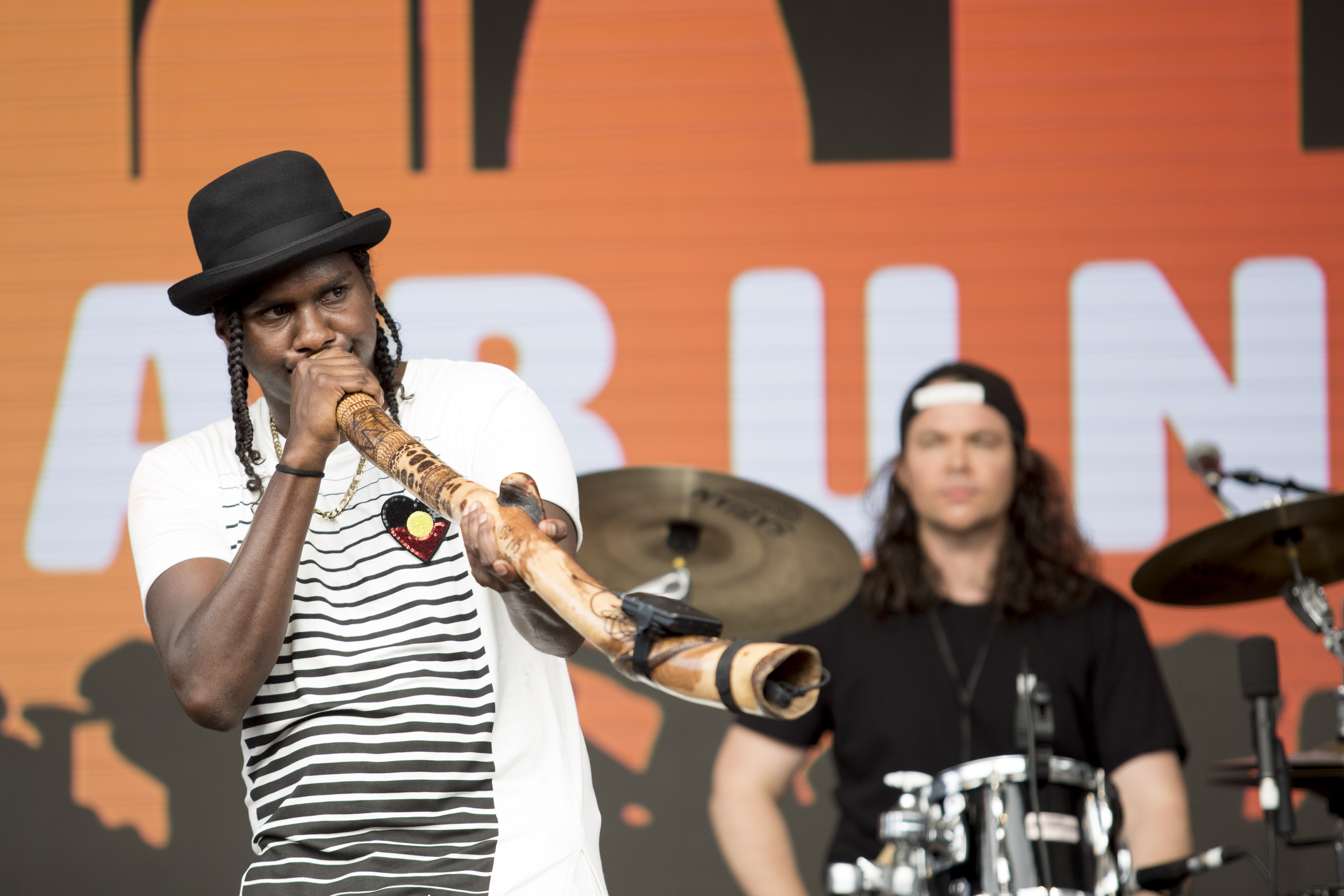 “And telling the true history of what actually happened with colonisation, because it still doesn’t exist and that’s why we do have ignorance.”

In November last year, Sydney’s Inner West Council made the controversial decision to scrap their own Australia Day celebrations out of respect for Indigenous Australians, instead urging people to attend Yabun.

“There’s nothing to be lost here but there is a better and more sombre, more respectful way to mark the day in the inner west,” Inner West Mayor Darcy Byrne told SBS News at the time of the decision.

“People across Australia are grappling with how that date can be commemorated in a way that includes Aboriginal people and this is a small step forward.”

Ms Smith says she was “over the moon” to hear the Council’s decision. “At the end of the day, that’s what we want, for non-Aboriginal to be able to attend our celebrations, doing it our way, so they can see and celebrate our culture as well.”

Aside from the sensible suggestion to bring lots of water, Ms Smith urges people attending Yabun to make sure they bring two other crucial things. “Come with an open heart and an open mind,” she says.

Guyana: CARICOM burns more than US$500,000 in electricity; moving to solar