With many Aboriginal people in South Australia displaced from their communities during the coronavirus pandemic – and unable to return while those places remain under lockdown – representatives from the Kokatha, Barngarla and Kuyani peoples knew they had to act.

Hundreds of people from Davenport, Yatala and the APY Lands had been away from their land and homes for medical or family reasons when news of the rapidly escalating COVID-19 pandemic broke in February.

In March, the South Australian government announced the three communities would be locked down within days, meaning many people would have to isolate for 14 days before they would be allowed to return.

Even though the Biosecurity Act restrictions have since been lifted, many people still haven’t been able to return home or are concerned about spreading COVID-19, so Camp Wiru – or Camp Beautiful as it’s referred to by the Elders there – was established.

Children are among those staying at the camp.

The camp, in Kuyani Country, 280 kilometres north of Adelaide, gives those isolating a remote and safe place to quarantine before returning home. It also reassures them they aren’t taking the virus back to their communities.

“It all comes back to losing our stories, our people, older people, middle-aged people and even the younger ones are dying,” said Donald McKenzie, who helps run the camp.

“If we lose that, the kids could grow up with nothing. We don’t want that.”

The camp was established in May under the Kokatha Aboriginal Corporation COVID-19 response plan and is funded by BHP.

Already, more than 250 people have stayed there.

Campers can stay for up to two weeks at a time at the Camp Willochra grounds, near the town of Melrose. They are given a cabin room, a swag, bedding, toiletries, first aid supplies, hand sanitiser and a beanie, all to keep.

There is a mixture of continental breakfast food, kangaroo tails, damper and billy tea and other traditional stews on offer, donated by the Salvation Army and Adelaide hospitals.

Traditional cooking, art activities and sports are also a hit with campers.

“With this virus going around it does affect you, you know, because as Aboriginals we are vulnerable, and it can hit us hard, but when you come here the stress just leaves you,” said Davenport resident Roxanne Lawrie, a volunteer who helps run the camp. 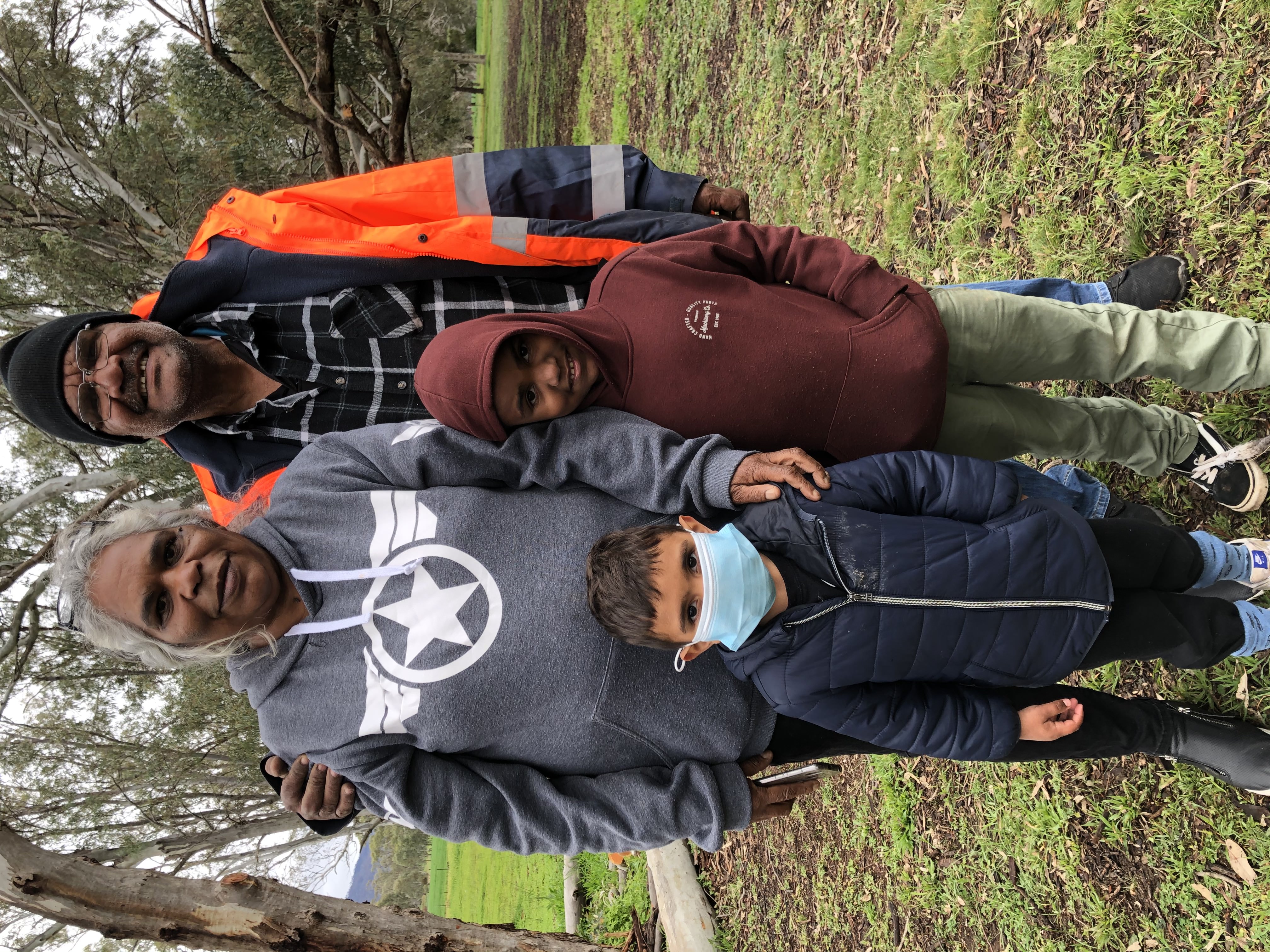 The camp was established in May.

Roxanne knows first-hand the burden COVID-19 is putting on communities and the already stretched public and private support systems.

“In Adelaide, there are hundreds of people living on the streets from my family up north, sleeping in parks, catching trains, with nowhere to go,” she said.

Although Indigenous people make up just 2.6 per cent of South Australia’s population, they represent 40 per cent of those sleeping rough in Adelaide, according to figures provided by the office of the state minister for human services, Michelle Lensink.

They are also at greater risk of being impacted by COVID-19 due to higher rates of chronic illnesses including heart disease and diabetes.

“Vulnerable populations, including people with chronic medical conditions and Aboriginal and Torres Strait Islander people over the age of 50, are at greater risk of more serious illness if they are infected with coronavirus, in fact [they are] six times more at risk from COVID-19,” a spokesperson from SA Health said in a statement.

“People might think it’s stupid, they could easily go back to the lands, but it’s not easy,” Ms Lawrie said. Some of the campers around the fire.

The camp representatives are also trying to make it easier once people have quarantined to return home, by providing free transport back to communities and transportation of food and clothes.

Other camps have also been established around the state supported by the South Australian government and not-for-profits, including in the Adelaide Hills, but organisers at Camp Wiru say their camp differs to others as it’s run ‘by the people, for the people’.

“There is great work being done by government and other organisations but our project fills gaps that others cannot between the three Indigenous leaders from Kuyani, Barngala, Kokatha, and me,” said David Kelly, a consultant for the Kokatha Aboriginal Corporation.

“We sit on committees where the SA and federal governments enact all of the COVID-19 decisions and plans. We are, again, a valued addition, rather than replication or duplication.”

“You can directly see the impact it’s having on people and it’s been quite shocking some of the circumstances that I’ve seen.”

“But we as people, when we work together for the same common goal of ‘we will survive this’, we are the oldest living culture in the world and we have had pandemics come our way, but our people have survived.”

Social distancing and hygiene workshops are also practised in the camp to teach the younger generation how to best protect themselves against the virus.

Officers from the local police stations have praised the camp organisers’ efforts in that area while performing ad hoc checks to ensure COVID-19 safety protocols are in place.

Talks are underway between the Kokatha Aboriginal Corporation and the state government about building a permanent quarantine camp to accommodate those in the Port Augusta and Davenport areas in the future.

“The coronavirus is scary but we can survive it, and it’s programs like this that inform our people and educate,” camp manager Ms Ngatokorua said.

“Other communities, hopefully in other states, can do the same thing too. We really, really need this,” said camp assistant Mr McKenzie.

Sam Okely is a freelance journalist based in Adelaide.

People in Australia must stay at least 1.5 metres away from others. Check your state’s restrictions on gathering limits.

If you are experiencing cold or flu symptoms, stay home and arrange a test by calling your doctor or contact the Coronavirus Health Information Hotline on 1800 020 080.

News and information is available in 63 languages at sbs.com.au/coronavirus

Lena Waithe, Laverne Cox, and the Cast of Hulu’s ‘Bad Hair’ on the Politics of Black Hair

Indigenous artists shift online to survive COVID-19, but are hampered by digital divide