Before the sun even rose in Victoria on Australia Day, mixed emotions about the national holiday were on full display in Melbourne.

Hundreds of people attended a dawn service marking what they say is Invasion Day – which aims to counter celebration of the January 26 anniversary of the First Fleet’s arrival in 1788.

The event commemorated all Indigenous people who died in conflict with white settlers during colonisation and others who more recently died in custody. 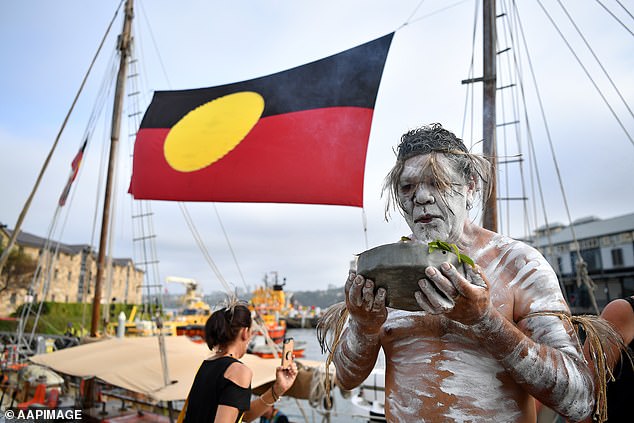 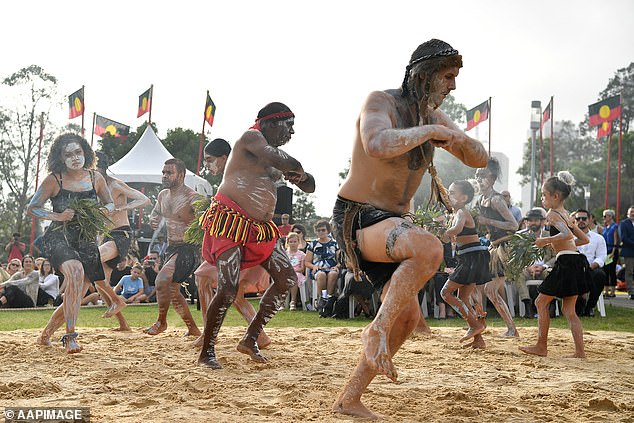 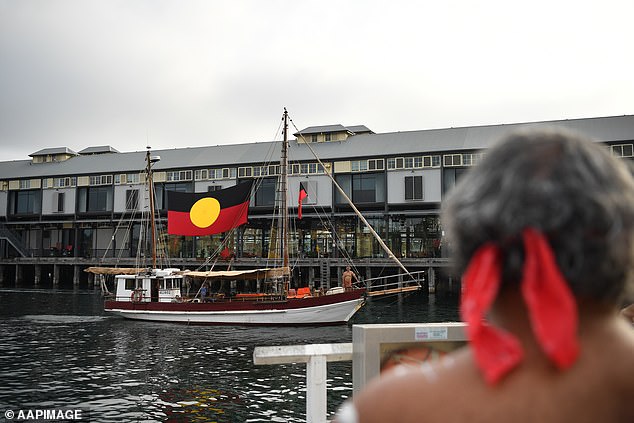 The annual Invasion Day protest march will be held later in Melbourne’s CBD. Pictured: Koomurri dancers watch on as a boat arrives at Walumil Lawns in Sydney on Australia Day 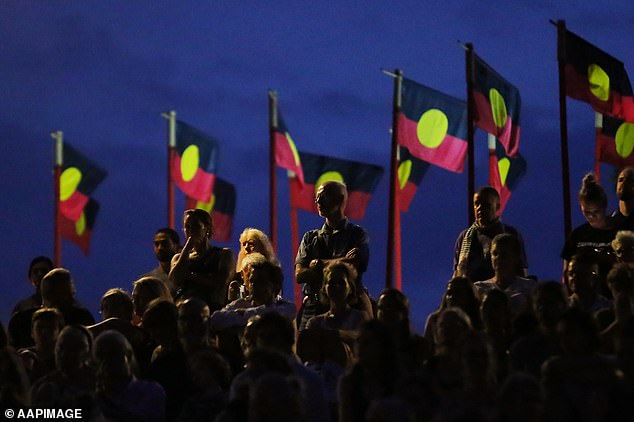 Spectators attend a vigil on the eve of Australia Day, at Barangaroo in Sydney, Saturday, January 25 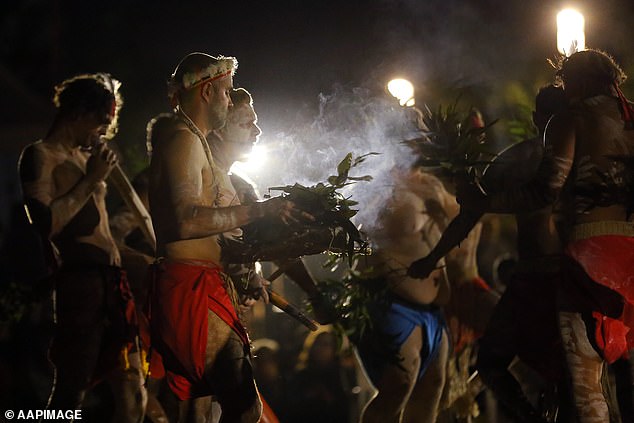 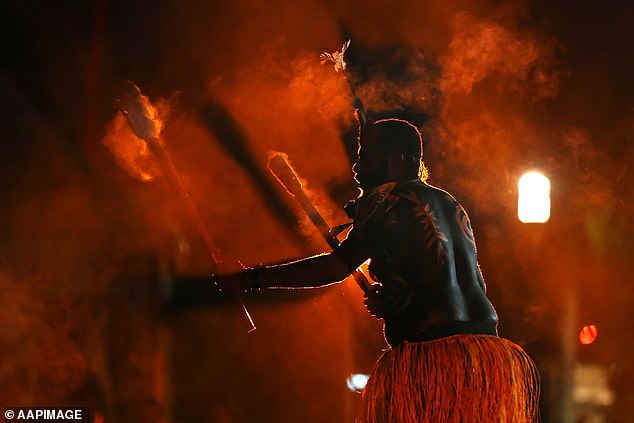 Torres Strait Islanders perform during a vigil on Saturday

Should the date of Australia Day be changed?

The location, at the Kings Domain Resting Place, is the commemorative burial site of 38 Victorian Aboriginal people whose remains were repatriated.

The annual Invasion Day protest march will be held later in Melbourne’s CBD at the same time as the city’s official Australia Day Parade.

More than 2,000 people will be part of the official parade, celebrating the state’s cultural diversity. 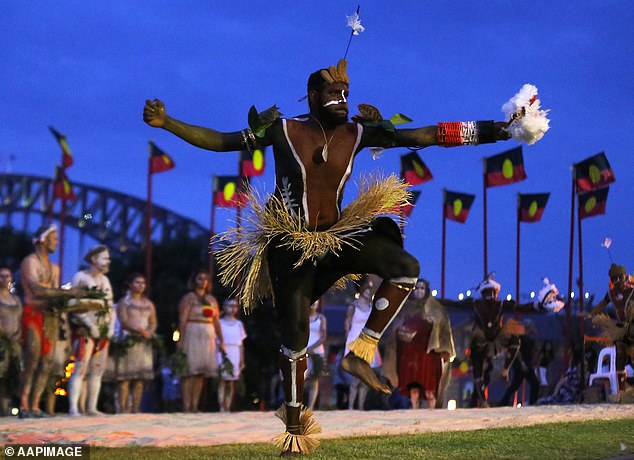 Aboriginal Elders perform a cleansing ceremony at Barangaroo in Sydney 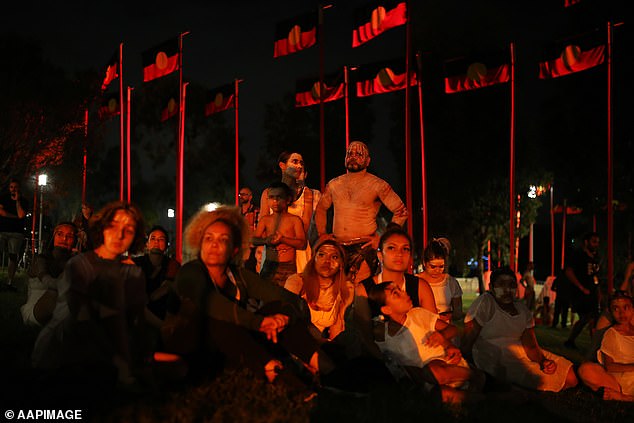 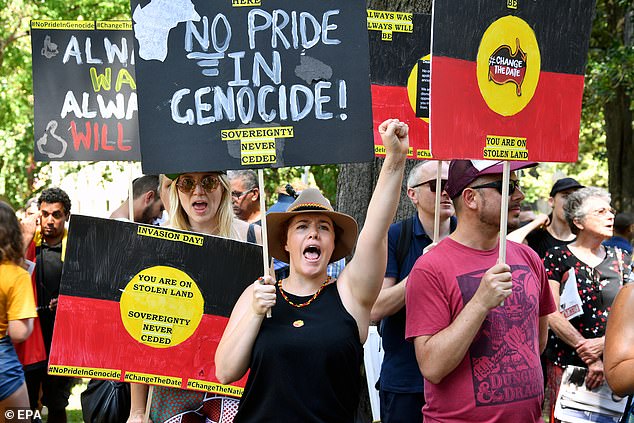 Celebrations will roll on with the annual Australia Day Festival at Kings Domain Gardens from 11am and evening entertainment at the Docklands.

Musicians Mitch Tambo, Mantra and Tanya George will be among performers.

A fireworks show originally planned for the event was cancelled earlier this month because staff at Parks Victoria – which support the display – have been flat out dealing with the state’s bushfire crisis.

Police are maintaining a strong presence on the roads as part of a long weekend operation aimed at preventing deaths, particularly those fuelled by drink and drug driving. 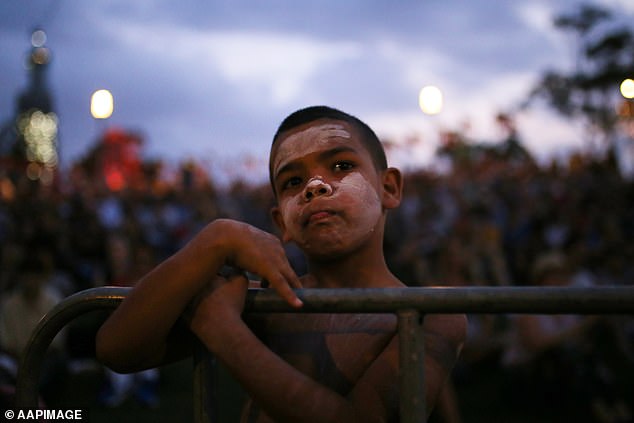 Hundreds of people are expected to attend a dawn service marking what they say is Invasion Day. Pictured: A boy at a vigil on the eve of Australia Day on Saturday