Majority of Assembly members of the Kadjebi District and Polling Station executives of the Akan Constituency in the Oti region who are predominantly members of the ruling New Patriotic Party (NPP) have endorsed grassroots politician and the people’s father, former NPP Parliamentary Aspirant Alhaji Tanko Yakubu as the next DCE.

The Akan Constituency Youth Forum is also in full support of this clarion call to make Alhaji Tanko Yakubu the next DCE.

According to the group, Alhaji Tanko stands tall among all others who are lobbying in the sense that he is the only one who can relate to the challenges of the district and the best nominee to correct the wrongs of the current DCE.

Alhaji Tanko Yakubu is a Marine Superintendent by profession and also doubles as a Business Development Professional and a Chartered Logistician.

They have sent a strong signal for his nomination and subsequent appointment.

“We have the power to choose who we can work with and this time around, we are choosing Alhaji Tanko Yakubu because any other person will be rejected,” they insisted. 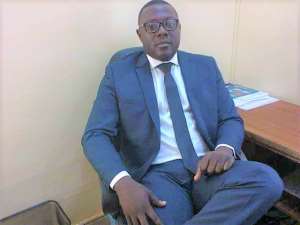 They continued that “Alhaji Tanko’s family comes from this area; his mother and father come from this area; Alhaji Tanko was born in the Eastern region when his family settled there but he has been coming back to his roots and has been so beneficial and supportive to the NPP grassroots. Even when he stood as Parliamentary Candidate and lost he still campaigned for the NPP his presence was felt all over the constituency,”

They posited that Alhaji Tanko Yakubu stands for the principles that the NPP party is rooted in which includes the principle of loyalty, patience, commitment and rewards.

“Alhaji Tanko understands the grassroots politics that can win elections and that is exactly what the Akan Constituency and the Kadjebi District needs. Someone who is not arrogant and can unify the people and draw the masses to himself. We the Assembly members think that is the kind of person we can work with,” a member of the group popularly known as Rashid based in Kadjebi stated.

They further indicated that the current DCE lacks what it takes to advance the need for votes in the area and should never be reappointed.

This stems from the background that the 2020 election results of the NPP was nothing to write home about.

“He exhibited the highest level of loyalty and patience even after the first MD appointment and parliamentary ambition failed in 2017 and 2019. He still remains loyal and committed to the party and campaigned vigorously for Nana and Rashid Bawa,” they said.

The group has reposed high confidence in the political leadership style of Alhaji Tanko Yakubu and they believe he is the best person to lobby for the development of the area.

Another member of the group, Sadat had this to share about the need to nominate Alhaji Tanko as DCE:

“Alhaji Tanko’s appointment to the position of DCE will make a lot of difference and will be the game-changer since the Tem-Kotokoli and its affiliate tribes have never had that opportunity before even though the popularity of the NPP keeps growing in the Zongo communities in the Akan constituency.”

Currently, there are two hospitals in Papase and Kadjebi towns that are very old and are in dire need of rehabilitation. There is also one health post at Poase Cement but not able to contain the regular health care services.

Also, there is no reliable source of water, just boreholes that do not even function, while surrounding villages have no electricity.