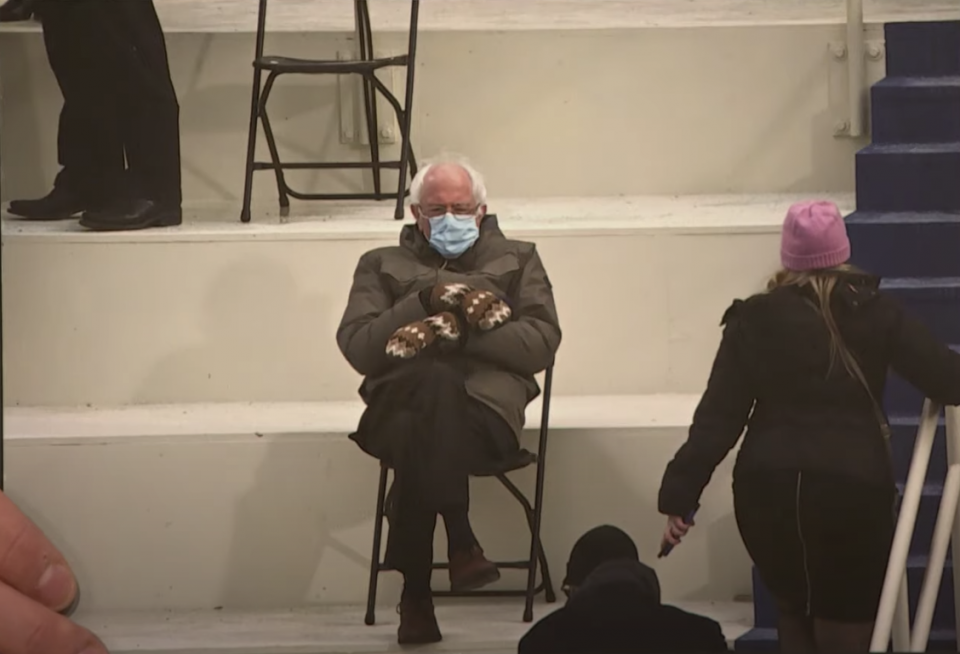 
After going viral over his inauguration digs, Sen. Bernie Sanders (I-Vt.) is taking advantage of his social media stardom by raising money for charity bearing the comfy look. The senator revealed his new “Chairman Sanders crewneck” on his campaign store this week. The fleece sweatshirt shows Sanders’s viral image at Wednesday’s inauguration for President Biden, looking unbothered and warm in thick mittens, a mask and an everyday outdoor winter coat with his arms and legs crossed while sitting in a fold-up chair. The unisex item sells for $45 and is made of organic cotton fleece.

All of the proceeds from the sale of the sweatshirt will go to Meals On Wheels, Vermont.

The 79-year-old politician became a viral sensation and the star of a series of hilarious memes.

Sanders spoke about the attention on NBC’s “Late Night With Seth Meyers.

“I was just sitting there, trying to keep warm, trying to pay attention to what was going on,” he said of his appearance on Thursday.

The sweatshirt has been so popular that the website stated that “Due to overwhelming demand for this item, it will be 4-8 weeks until you receive your sweatshirt.

Sanders ran for president in 2016 and 2020, respectively. He also served in the United States Senate, starting his run in 2006, according to his bio. The Brooklyn-born politician was also mayor of Burlington- Vermont’s largest city.