As Breitbart News has reported, Trump’s economic agenda has greatly tightened the labor market for the blue-collar and working class — the bottom 25 percent of the labor force — thanks to increased interior immigration enforcement that has driven down foreign competition against Americans.

Nearly 60 percent of black Americans in the labor force, as of 2018, are working class or lower-middle-class and compete against other lower-wage workers for jobs, thus are disproportionate beneficiaries of a tightening labor market. 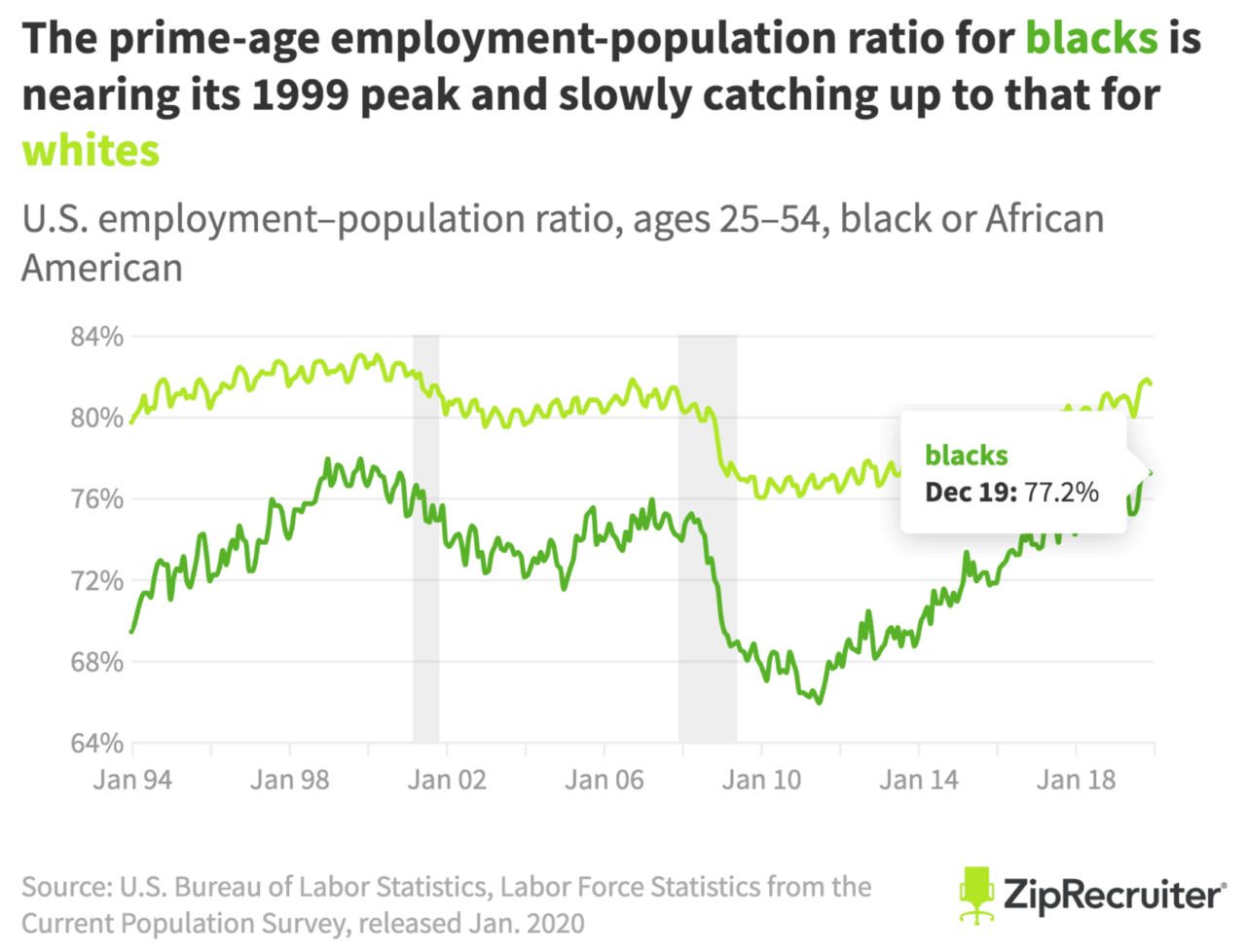 Still, despite calls from the big business lobby to import more foreign workers, there remain hundreds of thousands of black Americans who are still on the sidelines of the labor force, but all of whom want full-time jobs.

The latest Bureau of Labor Statistics data finds that black Americans account for about 5.9 percent of the roughly 5.8 million Americans who are unemployed. This is nearly double the unemployment rate of white Americans and more than double that of Asian Americans.

The data suggests that though the bottom tier of the labor market has tightened, there is still room to bring millions more into the labor force rather than providing business with imported foreign workers.