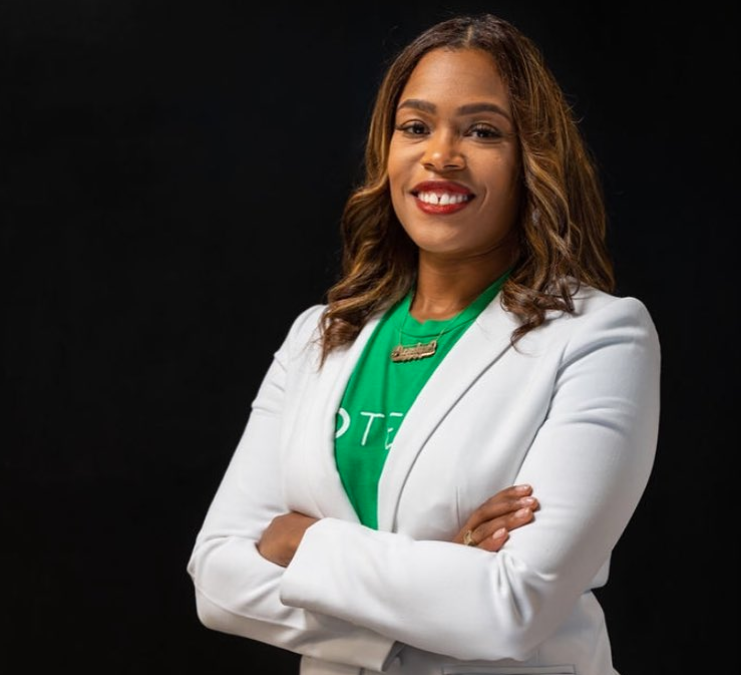 As a black woman, Pandwe Gibson knew that creating a new manufacturing company and providing circular economy goods through reusing what some consider trash to make products in a $300 billion industry wouldn’t be easy.

However, the startup founder of EcoTech Visions has fulfilled her incredible goal of acquiring 16 business clients in the first six months of starting her smart manufacturing company, gaining about $25,000 in revenue each month.

According to Atlanta Black Star, Gibson genuinely hopes that her business will develop into a large network of smart manufacturing facilities that help small business owners run their businesses.

Gibson says, “think of us like Kinkos but eco-friendly.”

Part of the goal of Gibson’s services is to provide entrepreneurs with eco-friendly packaging. Even better is that her ‘smart company’ can help entrepreneurs get access to eco-friendly materials for an affordable price. Gibson also started a nonprofit version of her company in 2015 called EcoTech Visions Foundation in which she trains aspiring workers, helping them to create green businesses.

Gibson’s road to EcoTech Visions wasn’t an easy one. It was reported that her first start-up was a charter school network called ReNEW Schools and was growing in her career when tragedy struck and one of her students was murdered. Not only did it devastate her, but it also caused her to lose faith in the education system.

She then decided to provide both young people and adults with help to be able to prepare them for the world with knowledge that most schools couldn’t offer. After leaving ReNEW Schools, she was able to move to Miami and apply the same skill set she used while working in education to help support and grow three of her friends’ businesses before moving on to develop a plan to create her own business.

Gibson hopes to expand her company by 2025.