Born Into Slavery, This Centenarian Learned to Read at 116, Becoming the Nation’s Oldest Student

Despite being born into slavery and enduring over a century of discrimination, Mary Hardway Walker managed to accomplish an extraordinary feat. At 116 years old, she learned to read.

Walker was born in Union Springs, Alabama, in 1848 and lived in bondage until she was freed at the age of 15 following the passing of the Emancipation Proclamation in 1863. By age 20, she was married and had her first child. By age 68, she had worked several jobs, including cooking, cleaning, babysitting, and selling sandwiches to raise money for her church. Then in 1917, Walker and her family moved to Chattanooga, Tennessee. By 114, all three of her children and husband died. She, however, kept on living.

In 1963, she enrolled in the Chattanooga Area Literacy Movement (CALM) where she was taught by a volunteer teacher named Helen Kelly. She attended a one-hour class two nights a week for more than a year, where she learned to read, write, add, and subtract, reported WRCB-TV.

Walker’s perseverance and determination earned her a number of honors and accolades, including the key to the city of Chattanooga. She was also certified as the nation’s oldest student by the U.S. Department of Health, Education, and Welfare and named as Chattanooga’s Ambassador of Goodwill twice. Furthermore, she received recognition from two U.S. presidents, dignitaries from across the country and Canada, and even an airplane ride in 1966. Following her passing in 1969, the city of Chattanooga renamed her retirement home after her and erected a memorial to commemorate her life.

Walker’s remarkable story is detailed in a new children’s book titled The Oldest Student: How Mary Walker Learned to Read (Schwartz and Wade Books), written by Rita Lorraine Hubbard and illustrated by Oge Mora. Geared toward children between ages 4 and 8, the book highlights her inspirational life, which spanned from the Civil War to the civil rights movement. 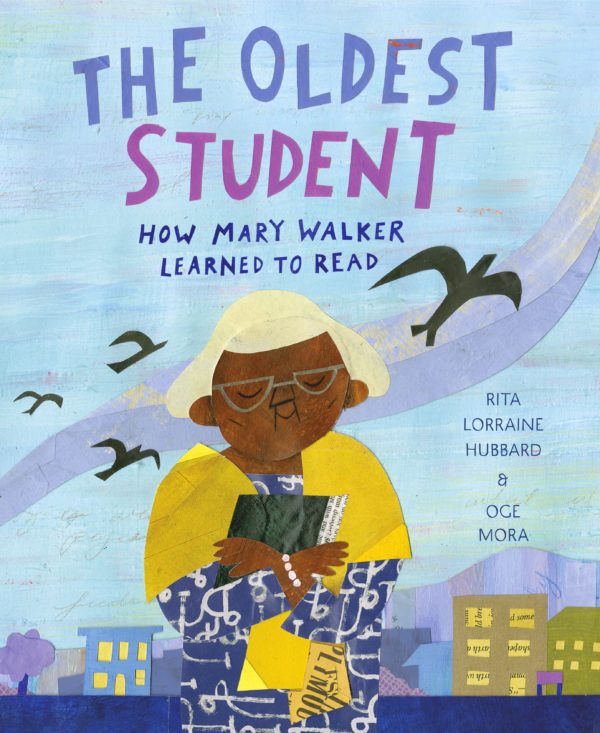 “I learned about Mary Walker on a class field trip when I was in 4th or 5th grade, and I always wondered why she waited so long to learn to read,” Hubbard told BLACK ENTERPRISE in an email. Years later, Hubbard rediscovered Walker while researching for her first book, African Americans of Chattanooga (The History Press, 2008). “I began some in-depth research. I discovered some interesting tidbits,” she continued. “The more I learned about Mary, the more I felt that children and adults could benefit from reading about someone who believed ‘it’s never too late to pursue your dreams’.”

Hubbard, who has penned award-winning books for both children and adults, said that she wanted to tell Walker’s story in picture book form in order to engage young readers with history. However, she also aims to inspire people of all ages “who think it’s too late” to pursue a dream. “if Mary could do it at age 114 (and succeed at age 116), so can they,” she said.

According to her website, Hubbard originally wrote The Oldest Student in 2016 before it was acquired by Random House. The book is slated for publication Jan. 7, 2020.