A Canadian backpacker who spent almost a year travelling Australia claims he was told by a tarot card reader he would ‘kill two indigenous Australians’ on the trip.

Logan Petras was just 19 when he arrived in Sydney in 2017 for the trip of a lifetime, but quickly learned his money wouldn’t stretch as far as he hoped in the ‘expensive’ city.

He hopped between hostels near Bondi but eventually travelled by bus to Brisbane and set up his base from there, where he could sneak into hostels without having to pay.

But the aspiring musician said the worst part about his stay was how ‘bad the weed was’.

Mr Petras’ backpacker friends were able to order and import marijuana from Canada and then sell it back for a premium cost – about $30 a gram.

‘It would sell because people were so keen to buy Canadian weed. The Australian stuff was just that bad. They haven’t figured out how to use the greenhouse because it just wasn’t good man,’ he said during an interview with the Youtube podcast, Go On Then.

His adventures eventually led him to the Daintree Rainforest in North Queensland.

He’d travelled there in an uninsured car, and told of his narrow escape with police officers after driving at 200km/h through the empty roads of the Northern Territory. 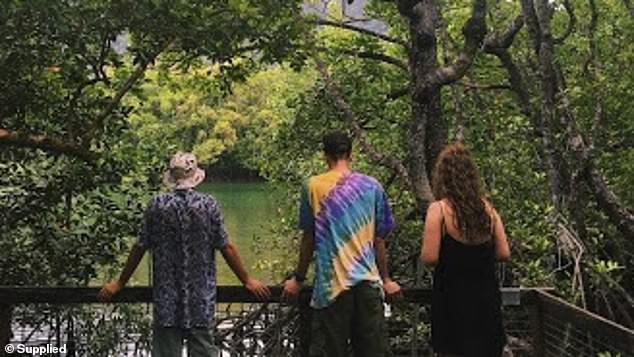 Pictured: Mr Petras with two of his friends as they were exploring Australia

When he arrived, Mr Petras said he was shocked to learn it was the oldest rainforest in the world.

‘I don’t know how they would’ve even figured that out but whatever,’ he said.

Sydney: ‘Usually expensive. You can find some cheap hostels if you look around.’

Brisbane: ‘The best city to stay, and I found you can smoke weed in the hostels easier.’

Byron Bay: ‘The most chill place. Everyone is just smoking joints in the street.’

Surfers Paradise: ‘A town full of cookers. People move to Surfers just to party and get f**ked up.’

During his trip, he and his two companions came across a man who offered them a place to stay. The man was a tarot card reader and insisted on reading their futures.

‘He just told me I was going to jail. That he saw cell walls in my future,’ Mr Petras said.

‘Then he said: ”I murdered two Aboriginal Australians, and you’re going to go down the same path I did”.’

‘We thought he was crazy, but you know we’d been drinking all night so we couldn’t leave and drive anywhere. We just decided to sleep outside and as soon as morning came we dipped out of there.’

After the strange encounter, Mr Petras said he spent another week playing scrabble and getting high before finally heading back to Brisbane, visiting the world’s ‘second largest crocodile in Rockhampton’ and hiking up the second tallest mountain in Queensland on his way down.

When in Brisbane, his friend managed to offload some sales work to him to cover his hostel costs.

The teenager also described his difficulty in finding work when he first arrived. 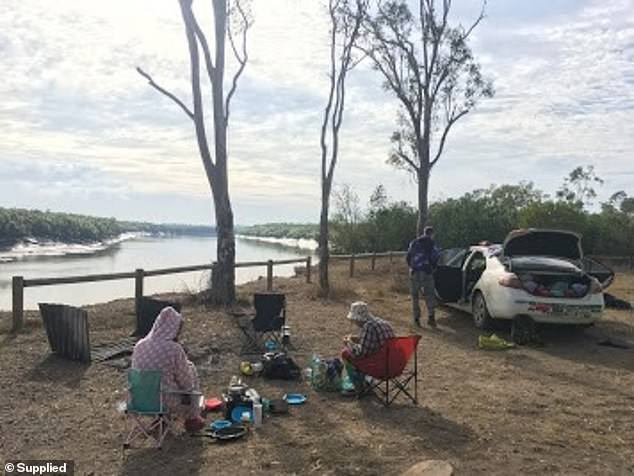 Once he landed, he started doing ‘charitable work’ in Sydney, but his money quickly dwindled and he realised he’d need to find a paying job.

When Mr Petras left Sydney, he had just $50 to his name with no credit card or security blanket to support him in case of emergencies.

He ride-shared his way to Brisbane because he couldn’t afford the bus ticket, but was certain he’d be able to find work as soon as he arrived.

‘I posted an ad about myself on Gumtree,’ he said. ‘I offered my services for any labouring work and made up all this experience.

‘Its easy to bullsh*t your experience for labour jobs,’ he said. 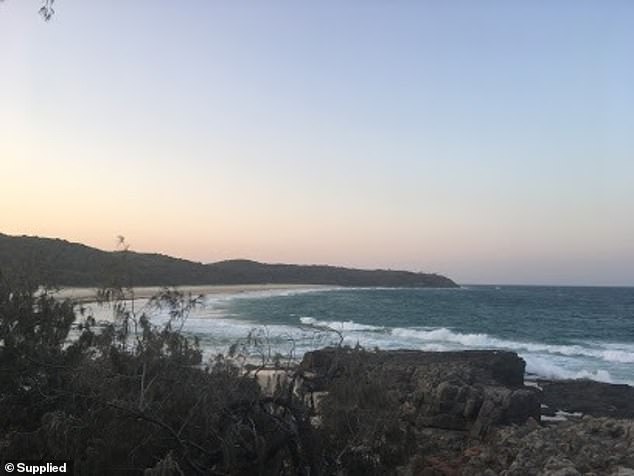 The aspiring musician said he loved almost everything in Australia, but he wouldn’t return to Surfers Paradise

But weeks went by without any interest. He posted four separate ads and was getting desperate before he finally got any offers for work.

‘I was living off white bread because it cost 80c a loaf and would steal some jam if I could,’ he said.

Mr Petras was finally offered work in Bundaberg, a four-hour trip north. He spent about three months up there working and saving money, before finishing his tour of the east coast.

Of everywhere he visited, he told Daily Mail Australia Brisbane became like a ‘home away from home’ but that he loved it all – aside from Surfers Paradise.

He returned home to pursue his music career and write songs, but said he hopes to one day return to Australia.

US attack on Venezuela may be imminent

Michael Hromek on how to consider Indigenous thinking in design

VIDEO: Solidarity Fund media briefing on its activities in the fight against COVID-19 – SABC News

Africa: Is Your Customer Service Superhuman?