Over 200 creatives of color gathered at the Foreground Summit in Washington, D.C. earlier this month, where they heard from a range of speakers, successful entrepreneurs, and industry leaders. Many speakers shared tips and personal stories about manifesting their dreams into reality while others like Black Lives Matter activist DeRay Mckesson led a panel about activism and art. 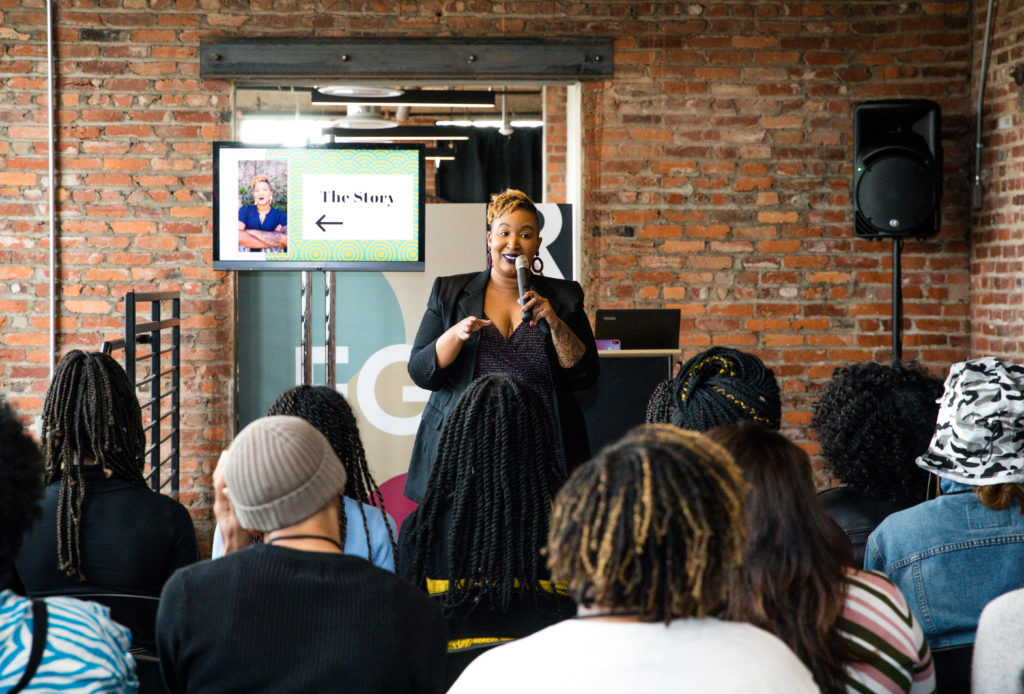 During a breakout session, Shelly Bell, the founder and CEO of Black Girl Ventures, a Washington, D.C.-based firm that helps women of color gain access to capital to fund their businesses, schooled attendees on the business of creativity. Titled “How to Play The Game,” she delivered a presentation that detailed how creatives can win in the game of business by comparing it to spades (a classic card game beloved by black folks). “At the end of the day, this is all a game and you have to play to win,” Bell told BLACK ENTERPRISE.

According to Bell, the key to succeeding as an entrepreneur lies in your relationships with others. People are like cards, she explained. Each card in your hand serves a purpose, just like people serve a purpose in your life. In order to play spades strategically, you must understand the power of each of your cards. Likewise, if you understand someone’s personality, then you can figure out how that relationship can be fruitful for your business. “It’s not about what you know. It’s all about who you know,” said Bell, “and who knows you.”

Whether you’re selling a product or a service, people will always be at the center of your business because money flows through people, she said. You’re going to need people in order to succeed no matter what stage your business is in. Some will be your customers; others will be your cheerleaders, and some will be volunteers. Thus, you need to know which people to call on in order to advance to the next level of business. Just like in spades, playing the right card at the right time is key. “If you can tap the right people at the right time, whether it be your audience of believers, whether it be your champions who help you do the work, or whether it be you as a spade…if you can put all those things in play, you can make money and you can build a movement,” she said.

Bell says she used the card game as an analogy because she wanted to put a twist on the way business is taught. “I used spades because it’s cultural. I feel like if you went to an HBCU, you probably know how to play spades. It’s like a staple in the black community.” She added, “I could have chosen any game [like] monopoly or there’s even a cash flow game, but I wanted to choose something that…culturally unites us in a certain sense.”

As a creative, herself, Bell said it was important for her to speak at the Foreground Summit to empower black and brown creatives to use their talents to make money and avoid some of the pitfalls she experienced earlier in her career. “Back in like 2010 to 2013/2014-ish, when I was doing poetry, I was doing all this work, but I wasn’t making any money,” she said.  “I wasn’t intersecting business enough. And it really wasn’t a lot of people who would talk to me about the art of the business of creativity or the business of art.”

She said many creatives are missing “hardcore business acumen,” but she wants to dispel the myth that creatives can’t be business savvy. “It’s almost like the idea that if you’re a visionary, you’re too all over the place to be focused on business,” she said. “I feel like there’s a narrative that we’ve been fed that ‘oh, you’re too creative. You’re not worried about business or making money. You’re doing things for the love of art.’ And it’s like, no, I need to make money like everybody else.”

“Chase the bag,” she said unapologetically. 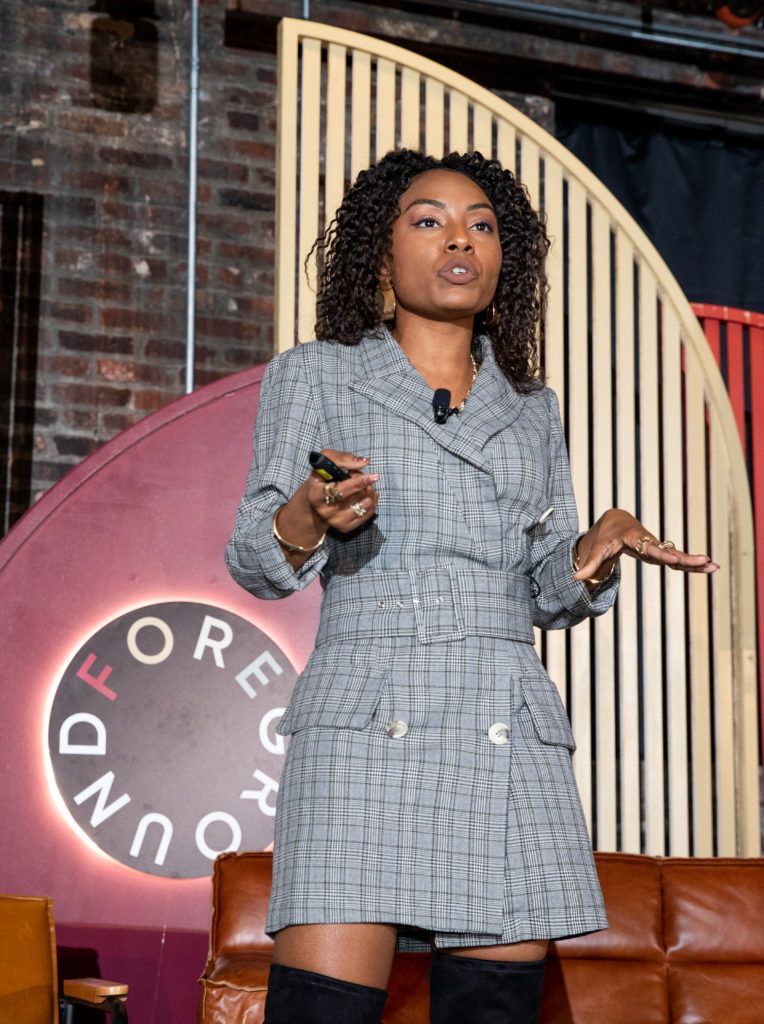 Following the two-day event, Foreground Summit co-founder Gary Williams Jr. said he couldn’t be more proud of the energy and ideas that were exchanged. “It’s difficult to put into words how incredible Foreground Summit was this year,” he told BE in an email. “We are overwhelmed with gratitude and appreciation for the individuals who shared their time and talents to make it an unforgettable experience.” Added Williams, “This is only the beginning and I can’t wait to do it all over again next year.”

Back in 2015, he and Tamon George launched Creative Theory, a multicultural marketing agency that seeks to amplify voices of color through storytelling. Following the success of their company, they created Foreground in 2018 to share their success strategies with others. Now, they teased plans to take summit beyond D.C. “We don’t want to hoard the knowledge to two days and one room in D.C.—we want to see our community take the tools we provide to build and connect through their own creative circles and help them leverage that into new opportunities,” they said.

“We can’t say too much right now but we are planning to take Foreground to new heights and new destinations.”

BLACK ENTERPRISE was a media partner of the 2019 Foreground Summit.