An Indigenous-led business has partnered with a top-notch environmental company to do mould remediation at CFB Trenton.

Cambium Indigenous Professional Services (CIPS), located in Curve  Lake First Nation, not only does consulting work, business planning and  business model design, but also provides environmental services with a  professional team. It has been awarded a contract to complete the  project at the army base. The project began on Nov. 21.

Michael Jacobs, CEO of CIPS, issued a release on the joint venture.

“This is a long time in the making, this is not something that  happened overnight. We’ve been working on this for two 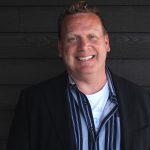 He adds the work will take approximately two weeks.

A 10,000-square-foot building on the base has been out of commission  for a while due to mould. Jacobs says once the work is compete, the  building will be usable again. After, Jacobs says a third party company  will assess for any mould or other contaminants.

Defence Construction Canada awarded the project to CIPS, which Jacobs says is a milestone for his business.

“We couldn’t have done this without our partner QM, and they wouldn’t  have gotten it without us, so it works out well,” adds Jacobs. “It’s a  great partnership.”

Jacobs says his staff of eight professionals are excited for this new  relationship. He says he sees the collaborative opportunity as a  starting point for an Indigenous team to scale up its abilities across  Canada. He adds by winning the bid, he hopes more opportunities are open  to his business.

Tabatha Bull, president and CEO of Canadian Council for Aboriginal  Business, congratulated CIPS on the new partnership with QM and said the  opportunity for both companies to work together is one of growth.

“Joint ventures are an excellent way for Indigenous and  non-Indigenous businesses to develop mutually beneficial relationships,”  says Bull in the release.

Jacobs says this is an exciting time for CIPS because it gives the  opportunity for his business to grow and be competitive for government  contracts.

“This is a first for us to get a government contract and we have long-term goals for the future,” adds Jacobs.