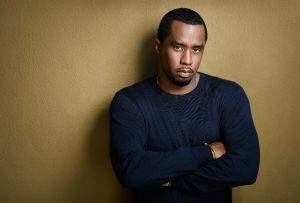 Sean “Diddy” Combs, along with a host of others, has invested in a growing beauty platform that specializes in offering the discovery of beauty brands created by Black and Brown founders that resonate with people of all colors. According to WWD, Thirteen Lune has recently raised $1 million.

According to a recent press release, Thirteen Lune was co-founded by Nyakio Grieco, founder of nyakio™️ Beauty which is based on her family’s African culture and traditions, and Patrick Herning, founder, and CEO of e-commerce platform, 11 Honoré. Thirteen Lune is a vehicle for change and a space for authentic allyship. The team behind Thirteen Lune has committed itself to work toward progress and to create financial parity for beauty and wellness brands serving the Black and Brown community.

“Through this capital that we raised, $1 million with our friends and family, and as we kick off our seed round, this is directed to the development and growth and scale of the site,” said Patrick Herning. “For as much as it’s about Thirteen Lune growing, it’s about the greater ecosystem of Black and brown and ultimately ally-founded brands that will flip the script on what inclusive beauty retail means.”

“I believe in the Thirteen Lune mission to build generational wealth for Black and brown business owners. Nyakio and Patrick have the vision and grit to build a world-class platform, and I’m excited to be an investor and adviser,” stated Diddy in a statement.

Africa: WHO Director-General's Opening Remarks at 148th Session of the Executive Board

Africa: WHO Director-General's Opening Remarks at 148th Session of the Executive Board