Wade’s sock line, PKWY, which was founded back in 2013,is now be available nationwide at Target stores. Dwyane is a co-founder of the company and hopes this new venture will breathe new life into the brand. PKWY, which launched last year in February, was co-founded by Wade in a partnership with Stance. Wade and Stance have worked together since 2013 when he became the first NBA athlete to represent the company and co-created an ongoing collection that carried his name.

“I’ve always loved socks as a fashion piece because they add a true layer of personality to your style,” Wade shared in a press release. “This new joint venture is the perfect next step in what’s been an amazing partnership, and it only makes sense that the first lifestyle socks to come out under the PKWY umbrella pay tribute to a city I love so much.” 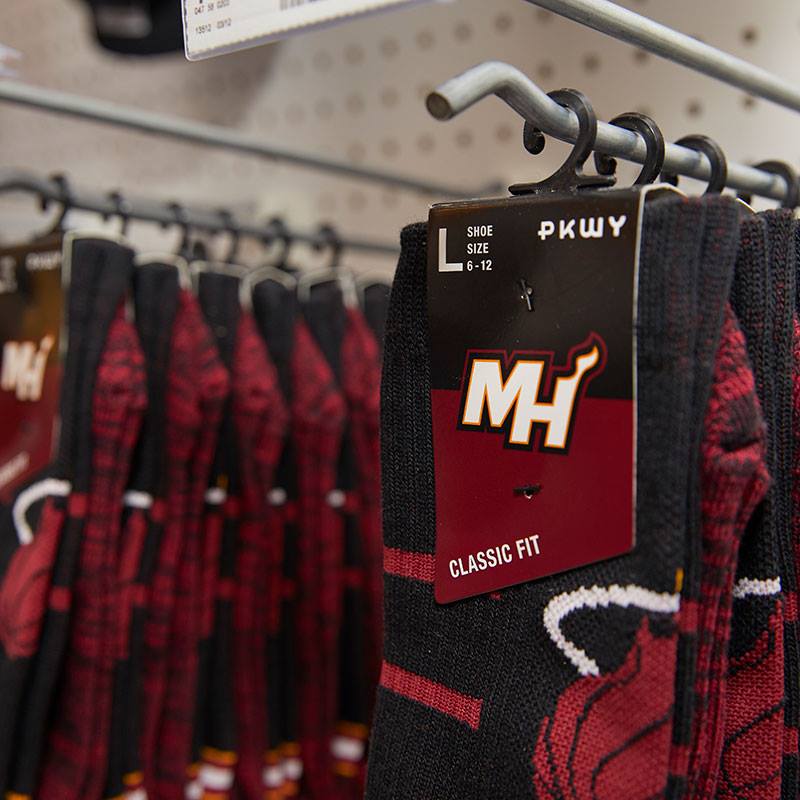 As Wade says on the PKWY website, “We don’t just make socks, we make true colors. New collections to reveal the uniqueness of your voice. New styles to amplify the passion in your heart. The world is full of expression, so don’t be afraid to put it out there. What you believe can unite us in our diversity. If it can inspire us through our differences. It can elevate us through our uniqueness. Because it all belongs on your sleeve … or your feet … or your anywhere.”

Wade is a retired three-time NBA Champion (2006, 2012, and 2013) and 12-time All-Star selection. In 2006, three years after first joining the Heat as the No. 5 overall draft pick, he led the team to Miami’s first-ever NBA Championship and was named MVP of the Finals. In 2012 and 2013, Dwyane won his second and third NBA Championships. In 2004, he created the Wade’s World Foundation, which provides support to various educational, health, and family service programs, in particular, those that benefit underserved communities in Miami and his hometown of Chicago. In 2011, Wade was appointed to President Obama’s Fatherhood Task Force. In September 2012, he became a New York Times best-selling author, with the release of his first book, A FATHER FIRST: How My Life Became Bigger than Basketball.