Entrepreneur and Actress B. Simone on Manifesting Her First Million and Partnering With Footaction

At just 30 years old, B. Simone has already mastered the art of marketing, manifestation, and the Internet.

The actress, artist, and entrepreneur born Braelyn Simone paved her way into Hollywood after moving from her hometown in Dallas, TX, to Atlanta, GA, in her early 20’s to pursue a career in the entertainment industry. While chasing her dreams, she worked at Aldo, in restaurants, and as a hairstylist and even slept on the floor of a friend’s house for six months. All the while, she chronicled her journey to stardom on social media, building an organic following before landing her big break on Wild N’ Out, the long-running improv show created by media mogul Nick Cannon. However, Simone’s ambitions have not stopped there.

Since being cast on Wild N’ Out, Simone has launched her own beauty brand, landed a reality series on Zeus, and opened up for comedy legend Martin Lawrence. Now, the media personality is conquering the world of fashion.

On November 17, Simone dropped an exclusive women’s capsule collection with Footaction, becoming the first person to co-develop her own apparel brand in partnership with the mega-retailer. The line includes T-shirts, leggings, hoodies, crop tops, and joggers that feature her signature catchphrase “Baby Girl.” Other pieces include the words “love yourself.” The collection ranges from $30 to $65 and is available in sizes XS-3XL.

“Footaction is 100% behind women being successful and supporting women, and I’m just so excited,” she told BLACK ENTERPRISE. “I really just respect them and appreciate them for letting me be myself throughout this campaign.”

In addition, Simone signed a two-year agreement with Footaction, which is owned by Foot Locker, Inc., to launch other product collections, activations, and ongoing content. She says working with a brand that she has shopped since high school feels surreal.

“I still can’t believe it, she said. “I get nervous even talking about it.” 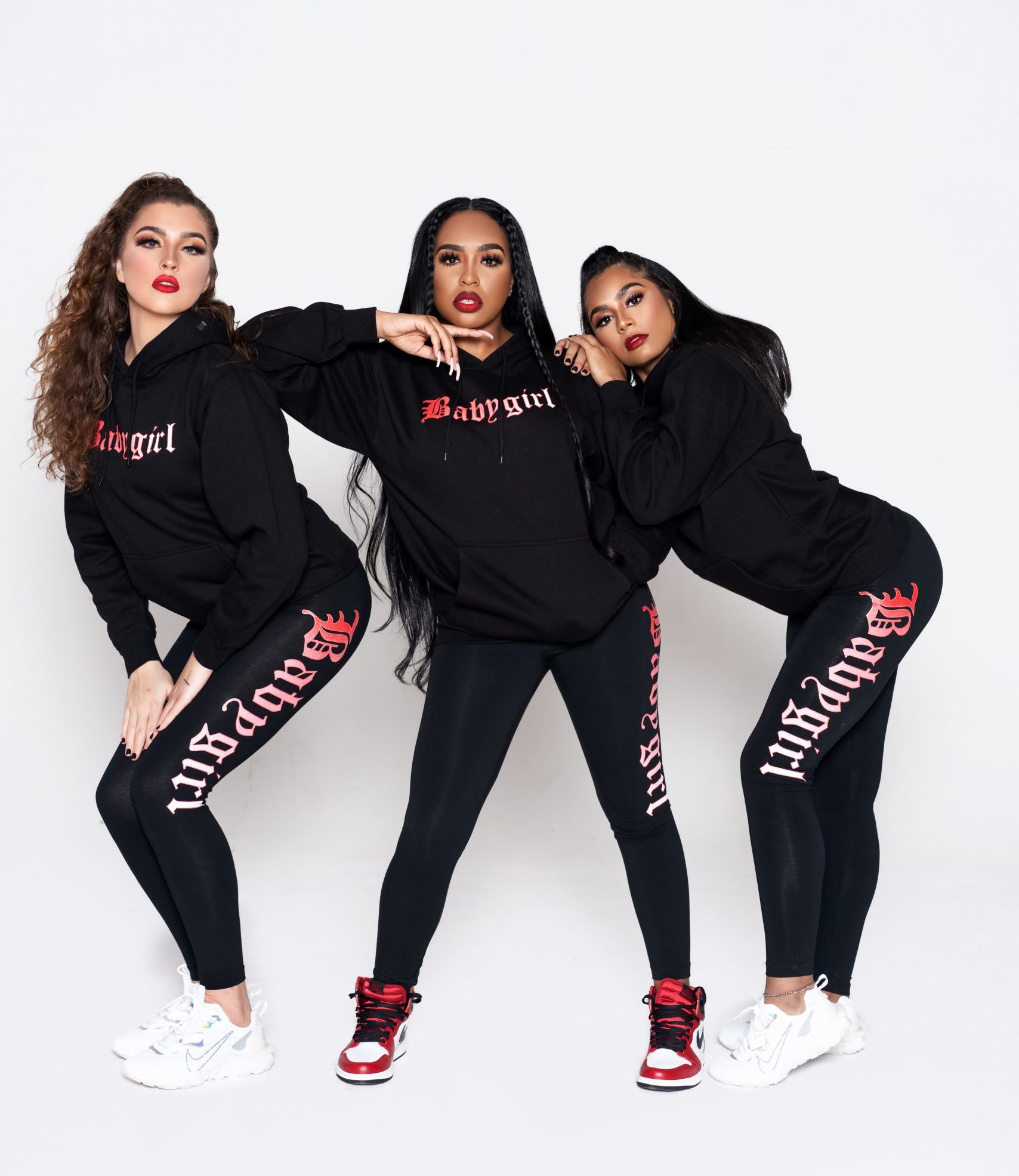 According to Simone, the secret behind living out her dreams is manifestation, a process that describes as envisioning her goals, writing them down, and then being committed to bringing them to life. That’s how she became the first millionaire in her family earlier this year just a few weeks before her 30th birthday back in April.

“I always said that I want to be a millionaire by 30. That was just a long-term goal [that I set] years and years ago. But then I was like, ‘yo, I turn 30 in like a month! Like, I’m not a millionaire yet! What am I supposed to do?”

Rather than moving the goal post, Simone put her hustle into overdrive. The reality star documented her journey to generate $250,000 in savings to reach her goal and shared the journey with her five million Instagram followers in a three-part video series titled “Road To A Million.” Simone tapped into her creative talents and marketing skills to earn extra income on top of her sales from B. Simone Beauty. As a result, she sold some of her clothes, organized raffles, offered paid promotions for small businesses, sold her car back to the dealership, and returned to her roots as a licensed cosmetologist.

“I was like, we have 40 days. We can do this,” she recalls telling her team. “I did every hustle in the book. I did hair. I did meet-and-greets. I sold my little Toyota my car. I sold ‘Manitizers.’ I sold the book. I was pushing lip gloss. I did every hustle I could possibly think of and, we hit that million-dollar mark a week before my birthday.”

The media star says the experience was affirming.

“Your mind is the most powerful tool you have,” she said. “I knew it was possible. I knew we could do it.”

But that was just the first step.

In addition to manifesting her dreams, Simone demonstrates sharp marketing chops to sell products like a hand sanitizer line she calls “Maniziter” to her millions of followers.

“As entrepreneurs, we pivot. We work around the problems and we just find solutions,” she says. “I came up with tons of stuff during the pandemic. I sold ‘Manitizers,’” she said describing the hand sanitizers she made, packaged, and should from her home.

Get your MANITIZER now! It’s a disinfectant spray that kills 99.9% of germs and keep the f*ck boys away ???? plus it smells bomb ?

Even more powerful than her mind, her greatest hustle may perhaps rest in the power of her heart. By being authentic, she’s cultivated a connection with millions of people on social media who support her and feel invested in her journey.

“And I think foot action has a lot of the same messaging as me —  just motivating supporting these consumers and these fans and the supporters.”

Watch B. Simone’s full interview on The New Norm With Selena Hill below.