A bill to secure one of the Northern Territory’s two federal seats is gathering cross-party support in Canberra, amid concerns Indigenous Australians will lose their voice on the national stage.

Under an Australian Electoral Commission (AEC) ruling, the Northern Territory will see the seat of Lingiari axed due to declining population growth.

The changes would see Lingiari – which spans 1.3 million square kilometres (99.99 per cent of the Northern Territory) and includes the Christmas and Cocos Islands – and Solomon – which covers the cities of Darwin and Palmerston – merged into one seat covering the entire Northern Territory and represented by one member of parliament.

The member for Lingiari, Labor’s Warren Snowdon, said Territorians, especially the more than 40 per cent of Indigenous Australians in the seat, need more representation, not less.

“In the seat of Lingiari, 42 per cent of the population are Aboriginal people, mostly living in remote communities,” he told SBS News.

“The poorest people in the country, the people with the worst health outcomes, worst education outcomes, worst housing outcomes in the country are in the seat of Lingiari, and yet they don’t attract the resources from government of any political persuasion that are required to address those inequalities and to make life good for them.”

Mr Snowdon said the demands on one person to look after the diversity of interests between the city and bush communities would be “huge”. 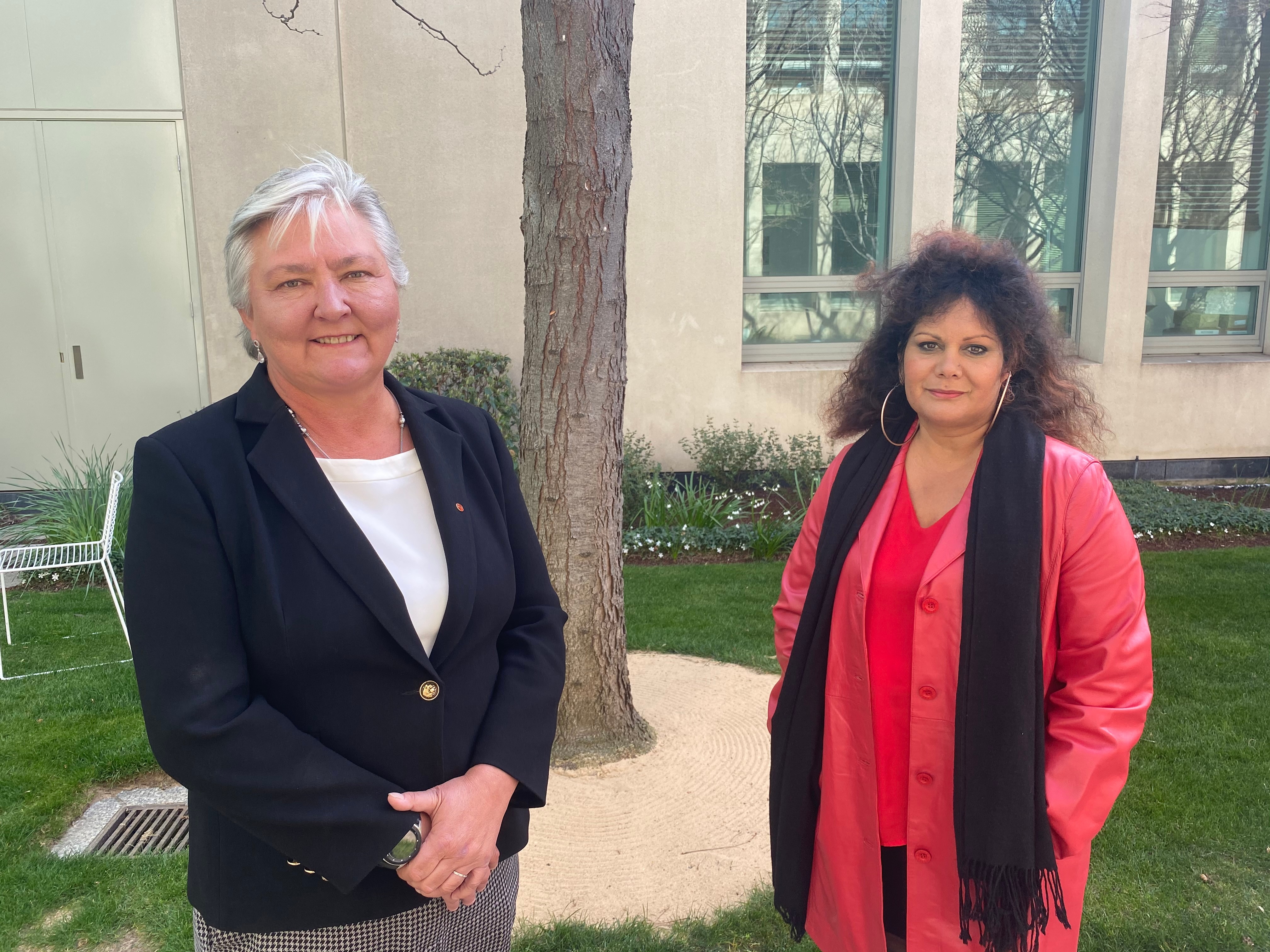 Malarndirri McCarthy and Sam McMahon are calling for a minimum of two NT seats.

“We have to ensure that First Nations people have a voice and are at the ballot boxes and are voting,” she said.

“The Gurindji people gave their name, their family name of Lingiari, Vincent Lingiari, to the Australian Parliament. So from a cultural level this fight is so significant.”

Vincent Lingiari, a stockman synonymous with the land rights movement, led Aboriginal stockman and their families in a walk-off from Wave Hill Station in the 1960s, which led to the Wattie Creek Aboriginal community being established.

A petition on Senator McCarthy’s website to keep the two seats has attracted more than 3,600 signatures. 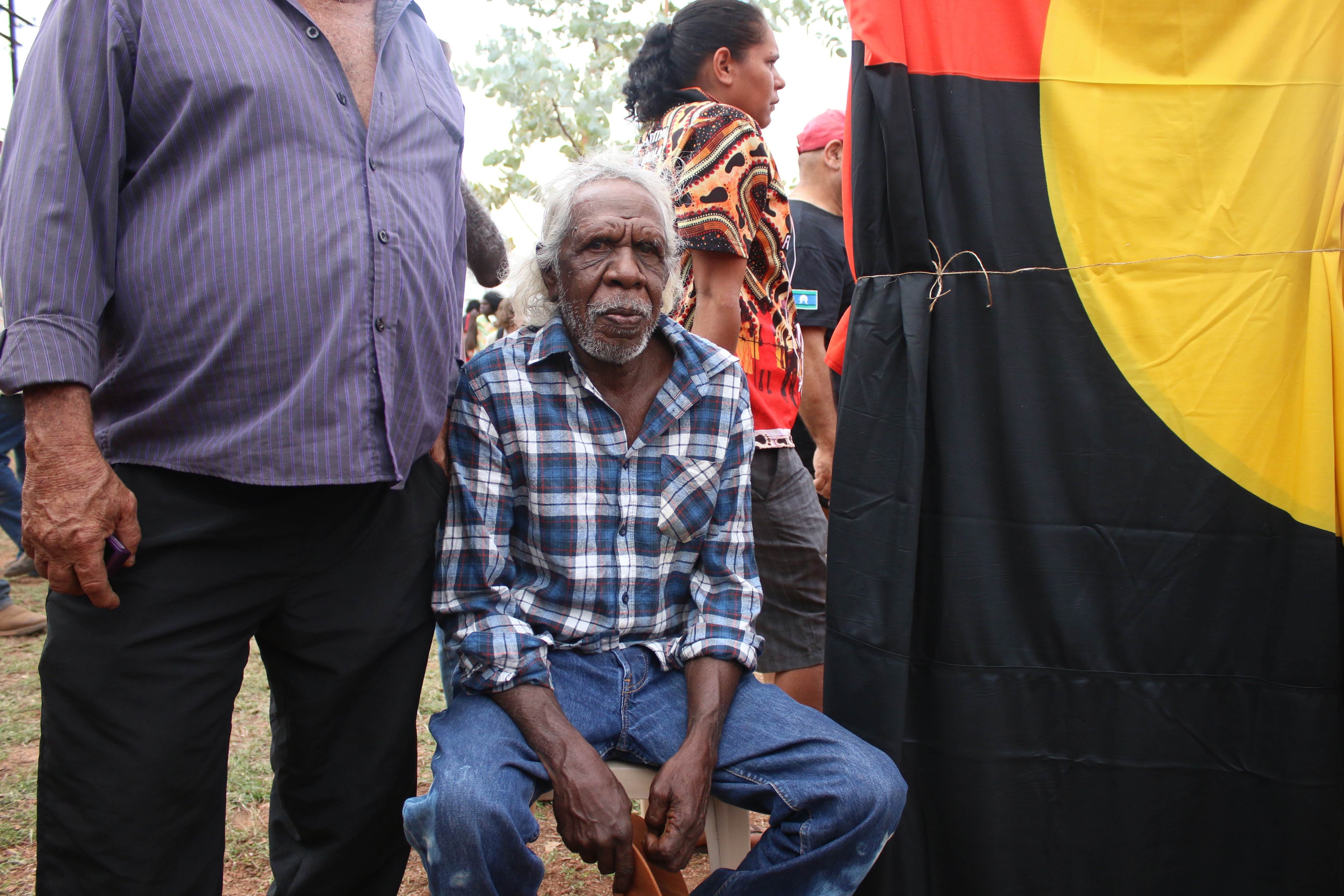 Senator McMahon said the merger would also present practical challenges, in that one person would find it almost impossible to cover the entire electorate.

“A lot of places can’t be reached by road, they have to be reached via sea or air. The Territory also includes the Cocos and Christmas Islands and to visit those territories is a week-round trip,” she said.

The bill has cross-party support and is expected to pass the Senate, but Senator McCarthy said the real test will be in the House of Representatives.

“The real battle will take place in the lower house and it’s the Liberal party who aren’t coming to the party on this,” she said.

Greens Senator for Queensland Larissa Waters said Indigenous Australians are already underrepresented and scrapping the Northern Territory seat would be detrimental to advancing their rights and interests.

“The seat that might be abolished is the one that has the most First Nations people in it, and that’s going to be scrapped if the parliament doesn’t fix it. That is not the way we achieve genuine reconciliation,” she said. 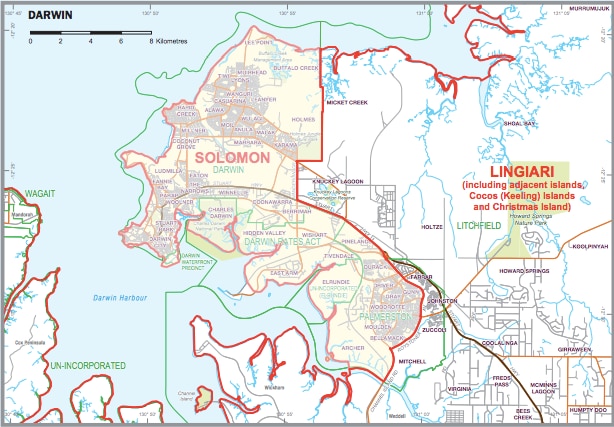 Nationals MP Barnaby Joyce has also thrown his support behind the bill to retain the regional seat.

“It’s vitally important that a regional party such as the Nationals supports regional seats, regardless of who holds them, whether it’s the Labor party, Greens, whoever,” he said.

“It’s important not only for regional people, but also Indigenous people to make sure that they have a voice, not to the parliament, but actually in the parliament.”

But Mr Snowdon warned the bill would not succeed unless Nationals MPs put pressure on the government.

“We’ve had Mr [Michael] McCormack, Mr [David] Littleproud and Mr Joyce all expressing their support for the two seats … but they’re going to have to put the weights on their coalition partners to get the outcome we all want.”

How does the redistribution process work?

The issue has raised questions about the redistribution process more broadly, which is determined by a formula that divides the populations of each state and territory by a quota system.

Election analyst Dr Kevin Bonham believes there are better ways to calculate the distribution of seats.

“It’s determined based on population. There’s a certain population quota that has to be met for the NT to get two seats and there was an allowance for the territories, but the NT has fallen even below that,” he said. 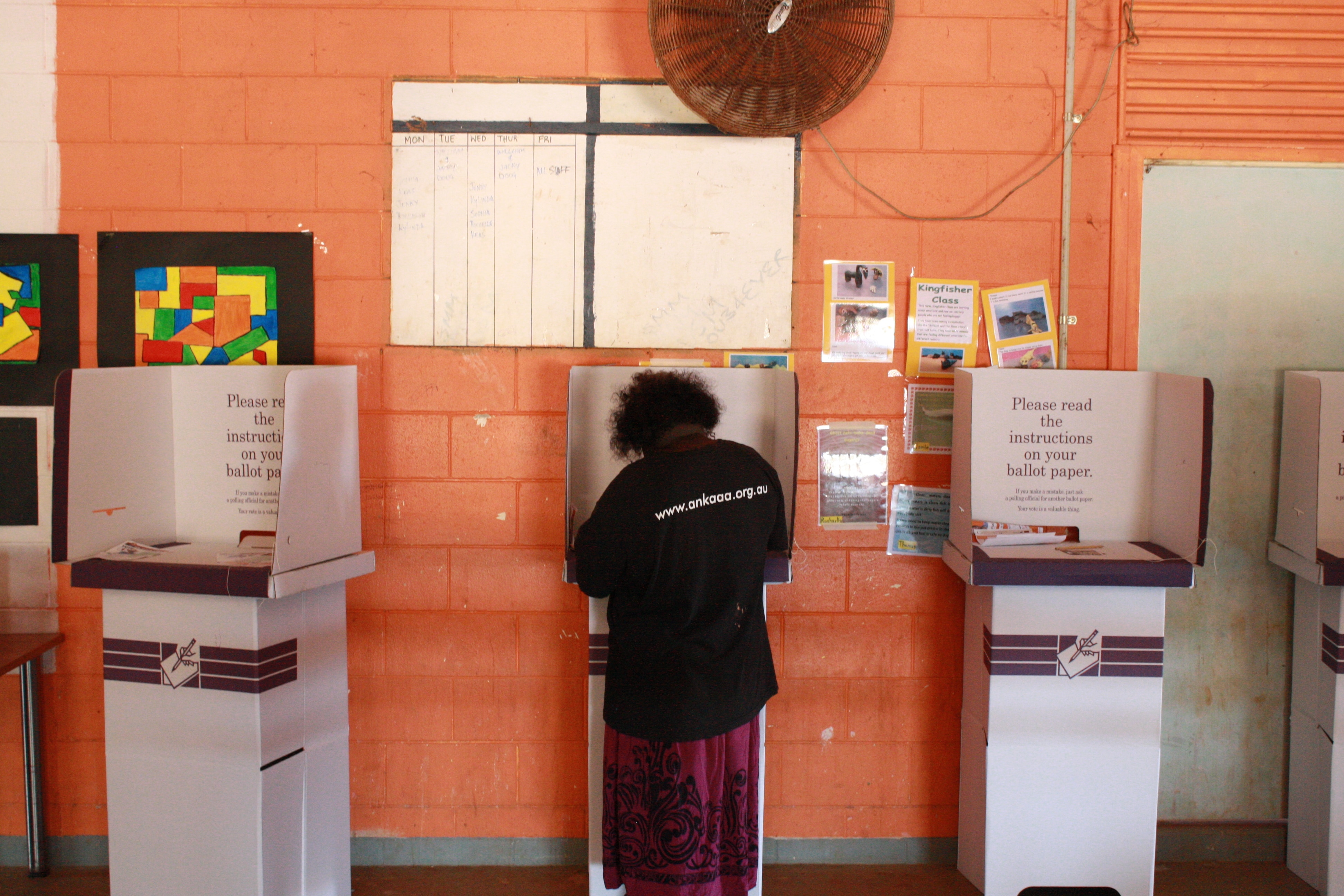 A voter at Warruwi’s community hall on South Bathurst Island.

“I think the system has problems. There are a number of alternative formulas available to calculate the redistribution and this formula is not the ideal one. I think it disadvantages the Territory too much.”

Senator McMahon questioned the fairness of the system, comparing the Northern Territory with Tasmania, which has 12 senators and five members in the House of Representatives.

“If you compare the NT to Tasmania – NT obviously geographically much larger – we have half the population approximately of Tasmania, yet they currently have over four times our representation,” she said.

Dr Bonham said Tasmania, like other states, is designated at least five seats under the constitution, regardless of population fluctuations.

“In the House of Representatives, Tasmania is guaranteed five seats as a founding state by the constitution, even though under population numbers it would be entitled to three, maybe four,” he said.

“It’s not fair but it’s in the constitution and it’s something that’s unlikely to ever be changed.”

NITV: Vote delayed to halve or save NT seats in federal parliament

The Australian Electoral Commissioner Tom Rogers was unavailable for interview.

Under the other AEC changes, Western Australia will also lose a seat, while Victoria will gain one.

A vote on the bill to keep two seats in the Northern Territory is expected in November.

How Dion Devow is fostering positive change through good business