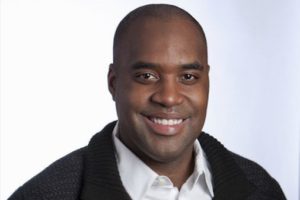 In a year where there have been many firsts, we have another one to celebrate! In the National Hockey League, a Black man, Brett Peterson, was named assistant general manager of the Florida Panthers early last week!

Last Tuesday, in a move that is believed to be a first, the Florida Panthers announced that they have hired the first Black assistant GM in the history of the NHL.

“It’s exciting whenever you get a chance to kind of reignite a boyhood dream of chasing the Stanley Cup, being in the National Hockey League,” Peterson said in a written statement. “Having the opportunity to be the first at something is even more exciting, something I never would have expected.”

In a sport that has very few Black players, let alone, executives, Peterson was a former defenseman at during his playing days at Boston College. Peterson became a player agent and vice president for hockey at Wasserman whose former clients include Boston Bruins goalie Tuukka Rask. The native from Northborough, Massachusetts, was one of two Black agents certified by the NHL Players’ Association.

“His substantive hockey experience as a player, significant developmental and evaluation skills, and business acumen as a negotiator combine to form an elite skill set that is very difficult to find in our sport,” Panthers general manager Bill Zito said. “There are many who can excel in one of those disciplines, but few who excel in all three.”

“There’s something about taking a player on a journey,” Peterson said. “That’s what’s exciting about this, you’re taking a team on a journey now. Having a chance to help manage a team and chase a Stanley Cup is just a completely different extreme I can’t wait to take part of.

“I think they’ve got an exciting market that’s primed to pop,” he said. “I think they’ve got some good young pieces; they’ve got a good core team in there. It’s our job, and everyone involved in the hockey ops job, to help it come together and make something pretty special. So that’s what I’m looking forward to.”