Gopeesingh calls on PM to act on coronavirus

Caroni East MP Dr Tim Gopeesingh is urging the Prime Minister to put the country on a “serious, urgent national alert” for the novel coronavirus (COV-19).

His call came in the wake of a Division of Health, Wellness and Family Development statement on Monday which said a Tobago student, who returned to the island from China on Friday and was being monitored at her home in Louis D’Or, has been transferred to the Scarborough general hospital for isolation and investigation.

The move came after routine medical check-ups on Monday revealed the student developed a low-grade fever.

The division said samples from the student was to be taken to Trinidad on Monday night to be tested at the Caribbean Public Health Agency laboratory to confirm if she has been infected with the virus.

The division said the results should be received within the next 24 to 48 hours, at which time a further update will be given.

However, Gopeesingh, in a statement issued on Tuesday, believes the situation requires urgent attention.

He said Dr Rowley should ensure all health institutions are given the mandate to immediately quarantine and treat any person with flu-like symptoms who has travelled from abroad, “particularly from the affected countries.”

Gopeesingh said while governments around the world are taking very serious measures to counteract the deadly virus and protect their citizens from its devastating and potentially fatal effects, the TT government has “effectively turned a blind eye to it, as evidenced by their ongoing deafening silence on the state of the COVID-19 amid a population subjected to daily reports of its terrifying spread.​”

“Recent, unconfirmed social media reports of infected citizens and the ensuing uncontrolled panic among citizens on the social media forums, reinforce the fact that there is an absence of any real leadership of the Ministry of Health or Government.”

Gopeesingh said the “empty assurances” from Health Minister Dr Terrence Deyalsingh, the South-West Regional Health Authority and the Division of Health, Wellness and Family Development on these reports have done nothing to appease citizens’ concerns nor assure them of their safety.

He said this is primarily because Deyalsingh has “long lost any credibility due to his woeful, incompetent and conscientious mishandling of the health sector, which now stands at the sorriest state in our nation’s history.​”

Gopeesingh added: “​As citizens enjoy the 2020 Carnival festivities, they face a tragic, frightening and potentially deadly reality on Ash Wednesday and beyond, as our country now faces the real threat of the COVID-19 virus having already entered our shores, and, due to the Government’s indifference, could now spread rapidly and uncontained.”

He said Rowley “must immediately attend to his constitutional duty to this country and ensure that he takes this matter under his personal purview at once.”

He said Rowley must urgently instruct the health ministry and other relevant authorities to actively update and dutifully inform the population as to the true status of this virus and any possible infections that may have already been discovered among citizens.

He also urged the prime minister to come clean on the status of government’s efforts to contain the spread of the COVID-19.​

“Failure to do this can result in one of the most disastrous and deadly health epidemics our country has ever seen and to not make every possible and public effort to avoid such an eventuality would amount to a serious violation of our constitutional rights as citizens, who are supposed to be guaranteed protection and proper health systems as a matter of law.​

“I, therefore, call for immediate action on the part of Prime Minister Dr Rowley, for illness and death, as it is said, have no political or class ties or boundaries, and are the great equalizer of all human beings. I also call on citizens to actively demand that the Government takes immediate action to prevent, treat and especially inform us about the status of the COVID-19 in Trinidad and Tobago, since failure to do so would truly place our lives at stake,” he added.

The Division of Health said on Friday the student, who was studying on scholarship in China, was being monitored at her home by a primary care team.

Secretary of Health, Wellness and Family Development, Dr Agatha Carrington, said all protocols were being followed as a precautionary measure.

She stressed, then, there was no known Tobago resident suspected of having the coronavirus.

Carrington said the student, on arrival at the ANR Robinson international airport, was examined by a clinical team “who indicated that there are no such symptoms” relating to the coronavirus. The other passengers also were screened.

The divisionsaid it had received advance notice on the woman’s expected arrival and put measures in place to treat with any case of the virus.

The division and the Tobago Regional Health Authority also assured all procedures and protocols were in place to respond, in the event the individual became ill.

“The individual did not have fever or any other symptoms and is currently in good health,” it had said in the statement.

However, the division said in keeping with the country’s policy that returning nationals from China be quarantined and monitored at their home, the student was taken directly home by health officials. 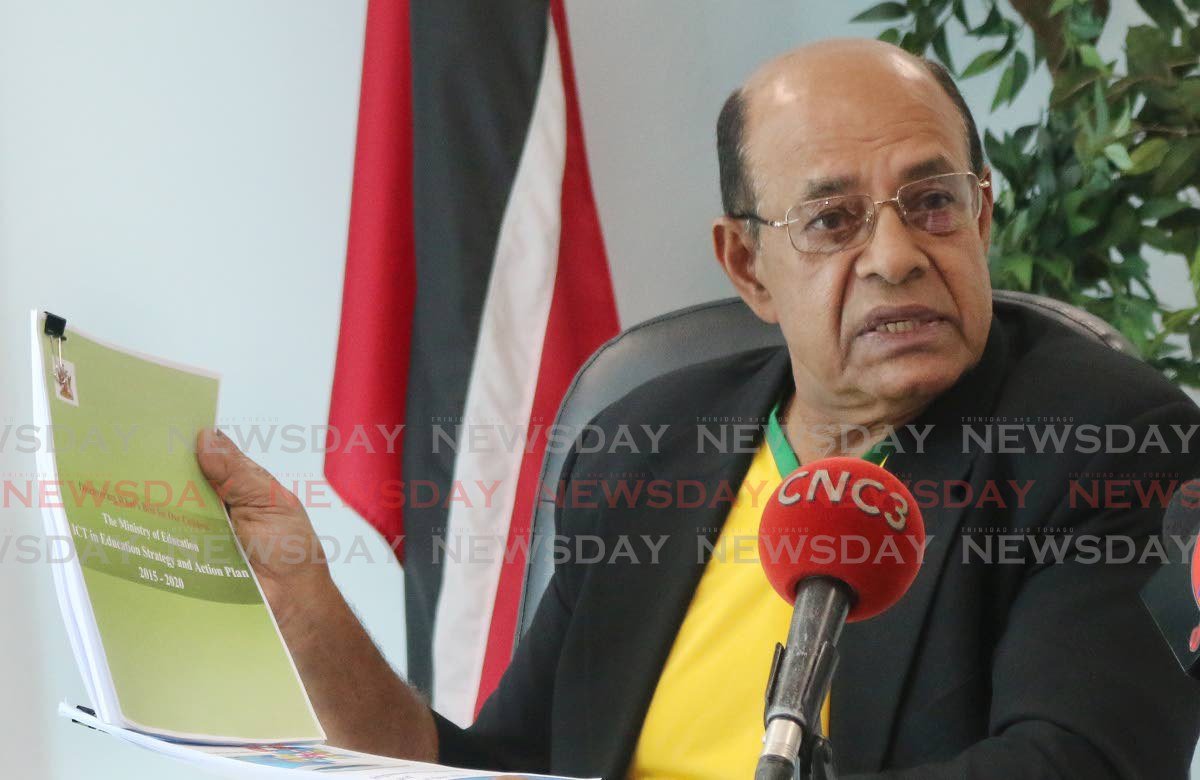