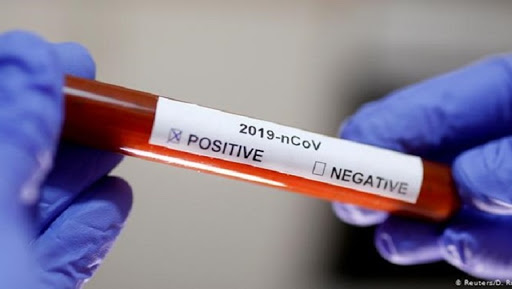 As government tries to find ways to mitigate the economic impact of the coronavirus, it has called for unity between government, business, labour, and civil society.

During an inter-ministerial media briefing in Pretoria, on Monday, Health Minister, Zweli Mkhize, says all hands on deck are required to manage what is now a national disaster.

He says the private sector has so far been supportive, but more assistance will be needed in the coming days.

The Head of the World Health Organisation says governments aren’t doing enough to combat the pandemic. Tedros Adhanom Ghebreyesus says more tests had to be carried out and that those testing positive must be isolated. He also urged other countries to follow the containment strategies used in China and South Korea.

“The most effective way to prevent infection and saves lives is breaking the chains of transmission and to do that you must test and isolate you cannot fight a fire blindfolded and we cannot stop this pandemic if we don’t know who is infected we have a simple message for all countries test, test, test.”

In the video below, Minister Mkhize calls for unity in the fight against the spread of COVID-19:

Finance Minister, Tito Mboweni, says funds will immediately be made available to fight the spread of the coronavirus. He says the government will have to reduce some programs throughout its system and shift funds towards efforts to fight the virus.

He says, “There are funds available within the national disaster funds, which will be immediately available. I don’t want to mention amounts in case prices begin to change. Secondly, as the situation develops, we will need to set aside for the funding … that means we’ll have to reduce programs throughout the government system by reducing the allocated amount, so that will get funds towards this project.”

In the video below, Mboweni says Treasury is also in talks with financial regulating authorities to co-ordinate a way forward:

Following the inter-ministerial media briefing on the coronavirus, Secretary General of the South African Federation of Trade Unions,  Zwelinzima Vavi, says it is concerning that government is not speaking with one voice.

“Compartmentalisation that we saw there of each minister speaking to his or her own department … our program is quite worrying. We look like we are having a council of ministers and instead of a coherent message that must be delivered by one minister with all of the components, the elements of the entire cabinet speaking to the same statement. That’s quite worrying and everybody saw this as an opportunity to speak on TV.”

Below is a timeline of confirmed COVID-19 cases in South Africa.