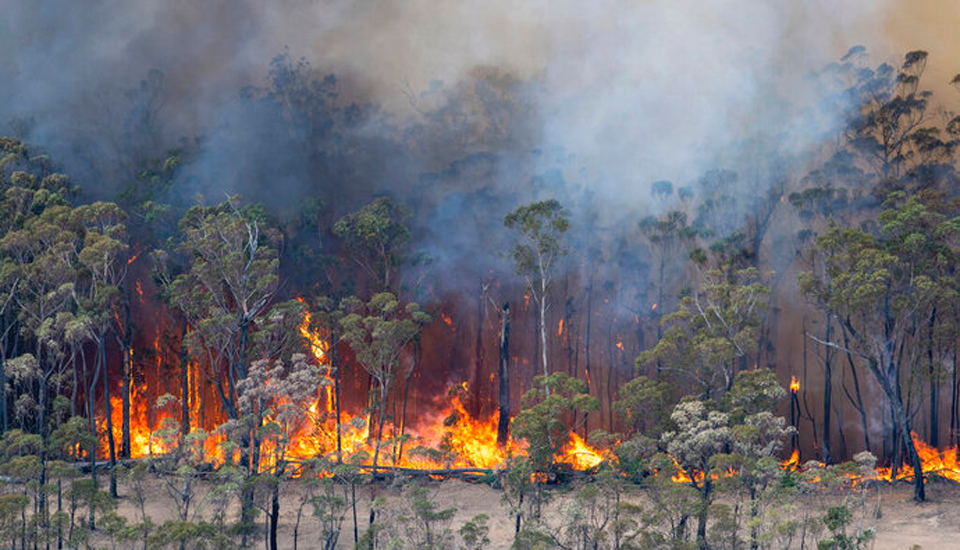 This Monday, Dec. 30, 2019 photo provided by State Government of Victoria shows wildfires in East Gippsland, Victoria state, Australia. Wildfires burning across Australia’s two most-populous states trapped residents of a seaside town in apocalyptic conditions Tuesday, Dec. 31, and were feared to have destroyed many properties and caused fatalities. | State Government of Victoria via AP

“The surreal smoke has spread everywhere. Millions of Kangaroos, Koalas and Possums have been killed,” he said. The fires are burning on huge fronts. Our fascist style politicians are trying to ignore the crisis. They sent thousands of tourists into harm’s way encouraging them to holiday on the South coast of New South Wales and North Coast of Victoria.

“The talking heads of the Murdoch/ National Civic Council which inhabit the major political parties are coming up with the argument that the fires are either the result of saboteurs or that it was the greenies who stopped management practices (that they falsely claim would have prevented the disaster). (They say) nothing about the massive drought bought on and exacerbated by land clearing, the use of land in an environmentally unfriendly manner.”

Progressive and left climate activists in Australia connect closely the right wing politicians and climate deniers in that country to Donald Trump and his inner circle in the U.S. They see Australian collaboration with the military policies of the U.S. as a major part of all the problems Australia is facing, including the climate crisis.

“We are calling for the withdrawal of Australian troops from U.S. endless wars, Matters wrote. “This is (the) early days of the climate crisis. Many inland cities are running out of water.

The first prerequisite of a revolutionary situation is beginning. Millions of people cannot live in the old way. Many centers are at risk of reaching uninhabitable status. Aboriginal communities are suffering in the heat waves At this stage the deniers are relying on an old Poem that says that this is the normal for Australia.”

Ecologists at the University of Sydney are estimating that nearly half a billion animals have been killed in Australia’s unprecedented and catastrophic wildfires, which have sparked a continent-wide crisis and forced tens of thousands of people to flee their homes in desperation.

News Corp Australia reported Wednesday that “there are real concerns entire species of plants and animals have been wiped out by bushfires following revelations almost 500 million animals have died since the crisis began.”

“Ecologists from the University of Sydney now estimate 480 million mammals, birds, and reptiles have been lost since September,” according to News Corp. “That figure is likely to soar following the devastating fires which have ripped through Victoria and the [New South Wales] South Coast over the past couple of days, leaving several people dead or unaccounted for, razing scores of homes and leaving thousands stranded.”

The horrifying figures come as images and videos of animals suffering severe burns and dehydration continue to circulate on social media.

Mark Graham, an ecologist with the National Conservation Council, told the Australian parliament that “the fires have burned so hot and so fast that there has been significant mortality of animals in the trees, but there is such a big area now that is still on fire and still burning that we will probably never find the bodies.”

Koalas in particular have been devastated by the fires, Graham noted, because they “really have no capacity to move fast enough to get away.”

As Reuters reported Tuesday, “Australia’s bushland is home to a range of indigenous fauna, including kangaroos, koalas, wallabies, possums, wombats, and echidnas. Officials fear that 30 percent of just one koala colony on the country’s northeast coast, or between 4,500 and 8,400, have been lost in the recent fires.”

Australia’s coal-touting Prime Minister Scott Morrison has faced growing scrutiny for refusing to take sufficient action to confront the wildfires and the climate crisis that is driving them. Since September, the fires have burned over 10 million acres of land, destroyed more than a thousand homes and killed at least 17 people — including 9 since Christmas Day.

On Thursday, the government of New South Wales (NSW) declared a state of emergency set to take effect Friday morning as the wildfires are expected to intensify over the weekend.

“We’ve got a lot of fire in the landscape that we will not contain,” said Rob Rogers, deputy commissioner of the NSW Rural Fire Service. “We need to make sure that people are not in the path of these fires.”

This article is reposted from EcoWatch, via Common Dreams. 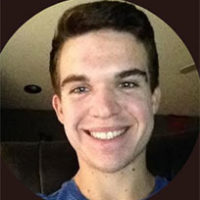 Lost in the Outback: what became of Paddy Moriarty?

Lost in the Outback: what became of Paddy Moriarty?