A remote desert in northern Australia could have become a haven for Jewish people fleeing from Nazi Germany.

In 1933, Melekh Ravitsh, a Yiddish poet, set out on a quest to find a suitable place where Jewish people could relocate – and discovered the rugged outback of the Northern Territory.

Three months before, Mr Ravitsh had visited Germany where the Nazi regime led by Adolf Hitler had risen to power and the increasing wave of anti-semitism he witnessed prompted him to take action.

Ravitsh traveled from Poland to Australia and managed to organise a ride in a rickety mail truck to the remote area, accompanied by an Italian mailman and a young Aboriginal boy serving as a guide.

‘It was a wild, mad, crazy journey. But he had this terrifying sense of doom that he wanted to save his people from,’ author Anna Epstein told ABC Radio about Mr Ravitsh’s efforts this week.

A map of 27,000 square kilometres of leasehold land in Western Australia offered to the Jews by a well known pastoralist family 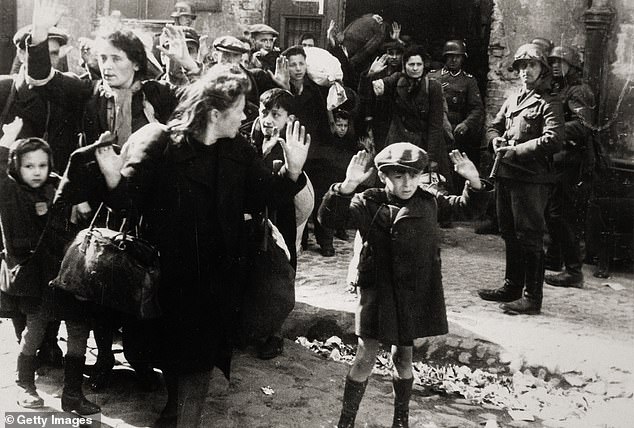 As World War II broke out in Europe, the Nazi regime began to round up Jews who sought safety in other countries

He had arrived in Australia with a letter of introduction from Albert Einstein and was tasked with finding money for Yiddish Schools.

‘I think that the mission was the more important thing in his mind and the fundraising for the Yiddish schools was a pretext. It’s what paid for his passage to Australia,’ Ms Epstein said.

He had visited Sydney, Melbourne, Brisbane and Adelaide raising money while also writing articles for a Yiddish newspaper in Poland.

He then headed north through the outback on his own mission – a four day train trip to Alice Springs and then five days on a dusty mail truck along sand-covered tracks to the isolated community of Birdum.

‘In a place where 5,000 people have settled of their own free will… and have a life that on average isn’t bad, a hundred thousand could settle, especially when material circumstances compel them to do so,’ Mr Ravitsh wrote.

He wrote that the first generation of Jews to travel to the area would suffer in the extremely hot and dry conditions, but the second generation would be acclimatised and could use desert wells to sustain agriculture.

In Darwin he met with the Northern Territory administrator who was open to the idea of resettling Jews in the outback.

Ravitsh continued to campaign for the relocation in lectures in Sydney and Melbourne before he returned to Poland.

Later, in 1939,  just before World War II broke out in Europe, the Freeland League for Jewish Territorial Colonisation returned to Ravitsh’s idea.

Under their plan, however, they identified the Kimberley in Western Australia as suitable to resettle 75,000 European Jews.

A representative for the organisation, Dr Isaac Steinberg, traveled to Western Australia and pitched his vision of ‘Jewish people writing poetry about laughing kookaburras’ and ‘transforming the region into an agricultural hub’ to the public.

A pastoralist family, The Duracks, offered the Jews 27,000 square kilomatres of leasehold land but the scheme did not go ahead.

Eventually Malekh Ravitsh returned to Melbourne with his family to teach at a Jewish Yiddish school were he lived for many years before traveling again.

He eventually settled in Israel after the country was established in the 1940s. 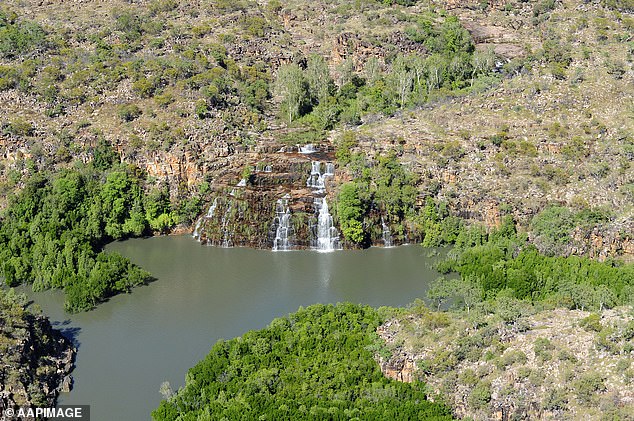