It’s 5am in Sydney’s inner-city suburb of Redfern and Josh Togo is driving a minivan along the route he takes three times a week.

From door to door, the 28-year-old Bundjalung man picks up local children of all ages, making sure they arrive at their morning boxing session on time.

One runs to the bus barefoot, wearing a giant grin, sneakers in hand.

“This program means a lot to me,” Togo tells SBS News of Clean Slate Without Prejudice, which was launched in 2009.

“I’ve come from a very negative background and upbringing, no different to how Redfern used to be, with all the drugs, crime, alcohol and violence.” 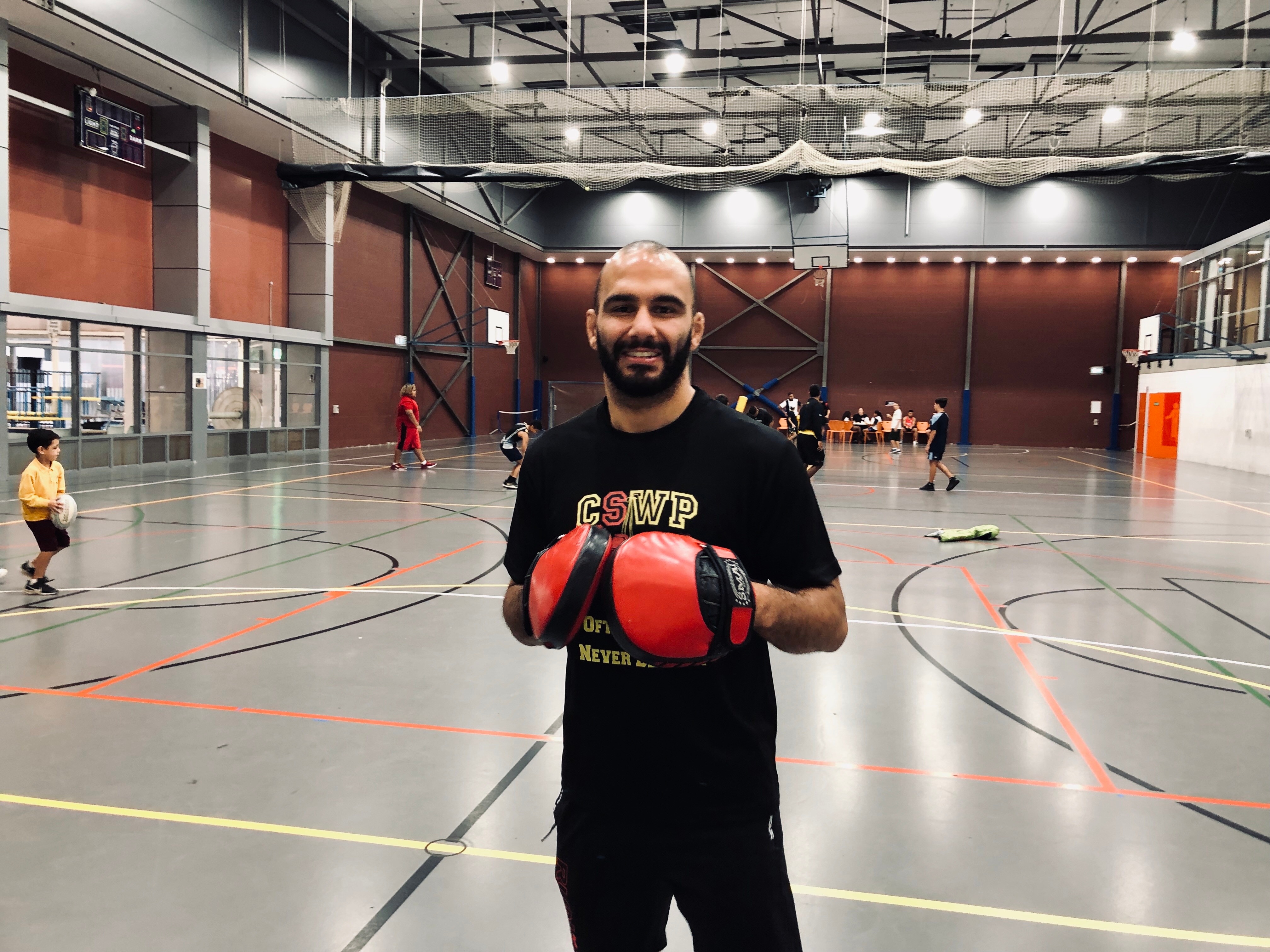 Josh Togo is a senior mentor with Clean Slate Without Prejudice.

He is now a professional mixed martial arts fighter and senior mentor with the program, hosted at Redfern’s National Centre for Indigenous Excellence.

He says boxing with the children is a chance to give back to the community while offering guidance, routine and self-discipline.

“I wish I had something like this when I was growing up because there was no one to reach out to, no one to talk to,” he says.

“It was sad because it was something I always wanted.

“Lucky for these kids, they have people they can look up to and aspire to.”

The project was founded by Aboriginal community leaders and Redfern police originally to repair relationships between a handful of juvenile offenders and the local constabulary.

Now a sea of eager youngsters sprawl across two indoor basketball courts. On some mornings the program draws more than 100 attendees, some as young as five.

Pulling on their gloves and pads, they partner up with each other, community mentors or local members of the police.

For 16-year-old Adrian Scanlon, having strong community mentors is what keeps him coming back.

“It keeps me out of trouble,” he says.

“It’s good to just have a mentor to talk to [and] I can get out of the house, let out energy.”

According to the Law Council of Australia, Aboriginal and Torres Strait Islander Australians are the most incarcerated peoples in the world. They account for two per cent of the total Australian adult population but represent 28 per cent of the country’s adult prison population.

A regular at morning boxing sessions, superintendent Andrew Holland credits the program with helping to build better relationships between the Redfern community and police.

“It just gives us an opportunity for everyone to talk more openly,” he says.

“It’s not a situation where we check on each other, but if we need help it’s a first port of call.”

He says the connection the program has established could have contributed to a steep decline in overall crime rates for Redfern and areas of South Sydney over the last decade, including a decline in street offences by 63 per cent and robberies by 65 per cent. 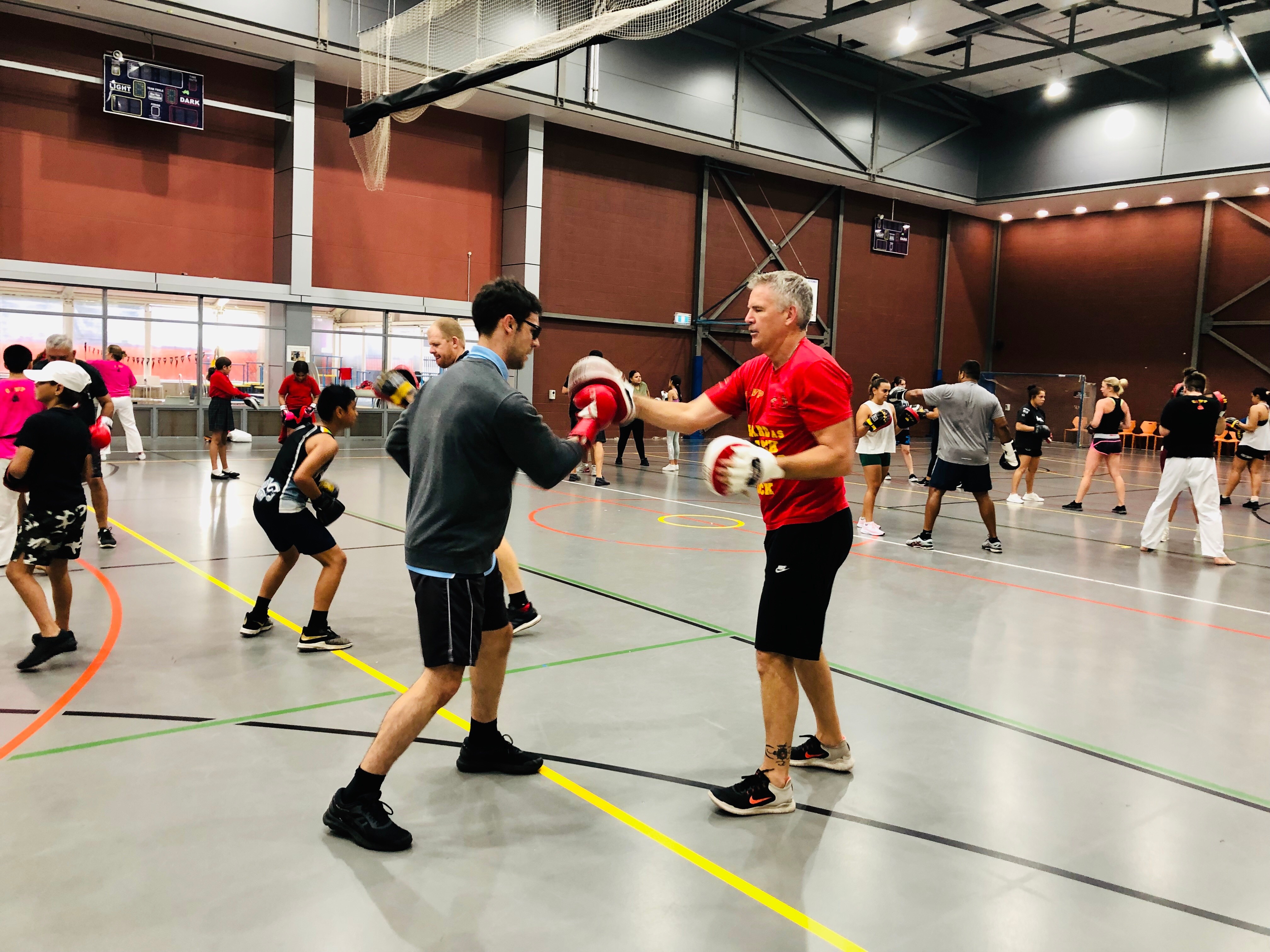 Redfern community leader Shane Phillips is a founder of the program.

“Ten years ago, Redfern, we were imploding,” he says.

“It’s all about the relationship and the consistency … what’s really important about having this relationship between community and police is we can attack proactively some of the stuff that everyone is talking about.

“The recidivism rates, incarceration rates, because it impacts us all.”

For him, the boxing program is about creating a space that is safe and promotes respect.

“We want some of these young ones to come out and lead the right change,” he says.

“People can see that there is strength in the air and in Aboriginal communities, that strength is driven from inside and not outside.” His daughter Lavina O’Mealey grew up in the middle of Redfern on ‘The Block’, a housing block that was the site of tense relations between police and community which came to a climax during the 2004 Redfern riots.

She now plays for the Sydney Roosters in the NRL Women’s Premiership and is a mentor with the boxing program. She says the suburb has made a “whole 180 to the way it used to be”.

“I started [mentoring] four years ago, I wasn’t on the right track, so I started coming to boxing,” she says.

The program was a “life changer”.

“It’s helped me to help young kids in my community … become independent, and push through barriers they would grow up in usually.

“I’d like to see one of these programs in every Aboriginal community.”

Alongside Clean Slate Without Prejudice, Aboriginal prisoners from Long Bay Correctional Complex in Sydney also come to box with the group as part of the Never Going Back program. Both programs operate through the Tribal Warrior Aboriginal Corporation.

One participant, who cannot be identified, says the program gives him the chance to connect with his community and the younger generation.

“They learn from our mistakes … they don’t have to go through what we’re going through,” he says.

“[This program] gives you determination, it gets you up in the morning [to go to] training, [it] keeps you focussed.”

Another says the program has inspired change in the suburb once notorious for unrest.

“We didn’t have people to come and push us into the direction the kids are being pushed now,” he says.

“A lot of us growing up in this area have a lot of family in jail so to try and help the [children] stay off drugs or try and change their ways, it means a lot because that’s where it starts.”

At the end of the session, the gym falls silent and the exhausted participants make a circle on the hardwood floor.

Standing shoulder to shoulder, it’s a chance to debrief and start the day right.

“The hard work we do here today replicates the discipline and the routine that we carry through the days, the weeks, the months and the years. If this is the hardest thing we do today, we’re going to have a good day.”

“Times have changed,” he says afterwards.

“There still has been conflict between both parties [community and the police] but both parties are coming together and starting to work on how to make Redfern a better place.

Four Young Entrepreneurs, Brothers All Under the Age of 12, Start a Cookie Company