How Australia changed in the 2010s

The last climbers to scale Uluru stepped off the sacred rock at 7pm local time on October 26, bringing an end to almost 90 years of tourism amid a culture war.

The site’s board of management – with a majority of Indigenous traditional owners – decided in 2017 to close Uluru to climbers. At the time, the decision attracted little fanfare.

But as the closing date drew closer, many far-right and conservative figures, One Nation leader Senator Pauline Hanson among them, led an outcry against the closure. Hanson joined thousands of people who raced to climb the monolith in the last days.

The social division over the rock has echoes of other disagreements about Indigenous issues, which often split on progressive and conservative political lines.

In 2013, the Rudd-Gillard Labor government passed the Aboriginal and Torres Strait Islander Peoples Recognition Act, which acknowledged that the continent and islands of Australia were occupied by Indigenous peoples before European colonial settlement – rendering the old British claim of “terra nullius” void. 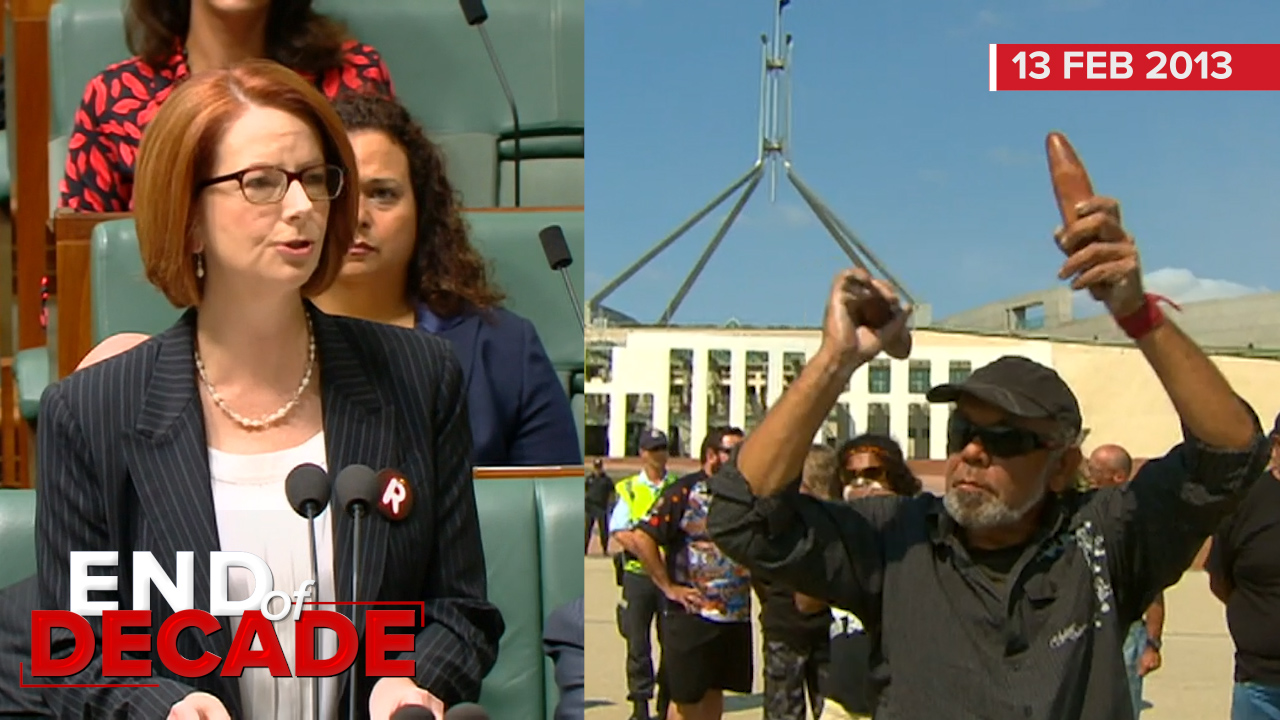 And both sides of politics have agreed in principle that the “voice” of Indigenous Australians should be recognised in some form in the Constitution.

But fresh debate has erupted about the details, with conservative politicians ruling out enshrining the Uluru Statement from the Heart as proposed by Indigenous delegates because it could establish what they call a “third chamber” of Parliament.

And as the decade draws to a close, the debate continues to rage.

Visitors began to climb Uluru in the late 1930s, with the climb chain installed in the 1960s for safety reasons.

In 1985, the Uluru-Kata Tjuta National Park was returned to the custody of the Anangu people, the traditional owners of the land, for whom Uluru is a sacred place.

They opposed the climb, and as awareness began to spread of the insensitivities involved in scaling the monolith, the numbers of climbers began to dwindle.

On the day of the closure, many of the Anangu came to the park to celebrate.

National park leader Tjiangu Thomas, an Anangu man, said on the day there were “mixed emotions”.

“Part of me very happy that the climb is closing and Anangu’s voices are being heard and respected,” he said.

“Also a little bit of sadness knowing that some of my traditional elders to longer here with us to see the fruits of all their hard work.”

Indigenous Senator Malarndirri McCarthy described it as a “momentous” moment in Australian history.

Traditional owners of other sacred sites around Australia, such as those in the Grampians National Park in Victoria, are also considering limiting tourist access in the wake of the Uluru closure.

The number of climbers had already shrunk significantly before October 26, with one of the criteria for closure being that the percentage of visitors who ascended Uluru had to fall below 20 per cent. But tens of thousands of tourists flocked to the rock in the weeks before it closed for their last chance to climb.

It remains to be seen how tourism to the park will be affected in the long-term, but the traditional owners and park management are adamant Uluru will remain a huge draw for visitors.