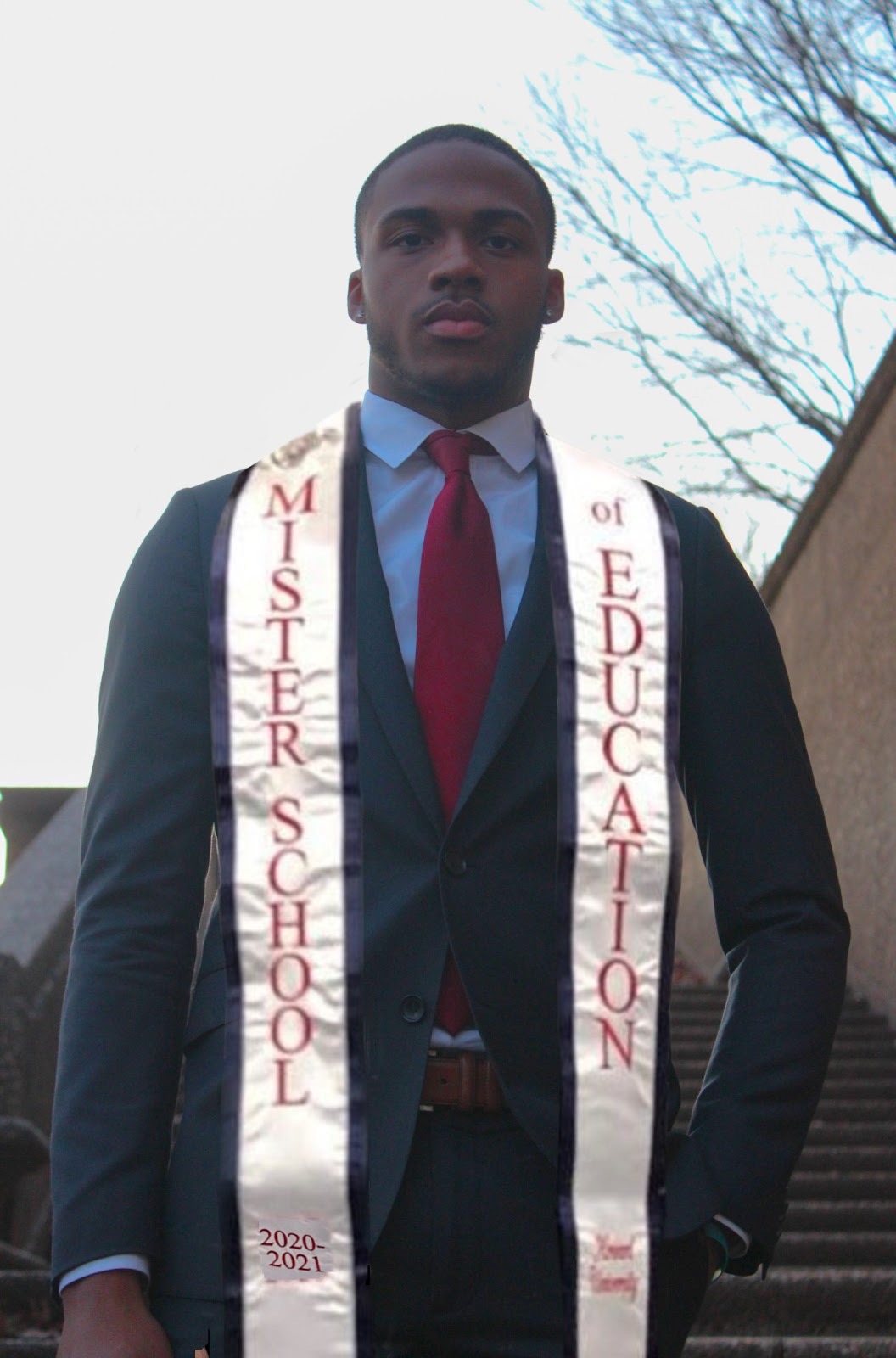 Howard University is always represented on the national stage, mostly because their students can do anything; and their commitment to service and to make a difference is noteworthy. DaShawn Simon, a wideout for Bison football and Mr. School of Education was named to the Allstate AFCA Good Works team.

This team consists of athletes who are actively participating in their communities and making a difference. Simon is one of the 22 student-athletes nominated for the AFCA Good Works team. He is the first Bison to accept this award and one of two players from a Historically Black Colleges and Universities (HBCUs) recognized by Allstate for this honor.

Simon is proud of his community service work and mentoring with The Grassroot Project. This nonprofit organization focuses on educating the youth about mental, sexual, and nutritional health, which are not extensively taught in many inner-city schools. While teaching the kids, Simon grew a relationship with many children and became most of their role models.

In addition to his service with The Grassroot Project, he assisted Boys Hope Girls Hope, which is a residential academic program that assists children with staying academically motivated despite challenges they may face at home. Within this organization, he met people that connected him to his current mentee.

Similar to his current mentee, Simon grew up in a single-parent home in need of a black male role model. Due to his experiences, Simon vowed to help him academically and morally; as he sees a lot of himself in his mentee, which makes their relationship much stronger and genuine.

Participating in acts of service and paying it forward is embedded in Simon’s character. After experiencing hardships of his own, he decided to make sure kids who come from similar circumstances have a better life.

Due to his commitment to service, one summer Simon even coached at the Back to the Basics football camp that he used to attend. By coming back, he found a way that he can assist the next generation of players in more ways beyond football. The players and coaches helped pack some bags filled with school supplies and others with food. Although it is a football camp, they try to highlight the kids for their hard work off the field, as much as they can to keep them motivated.

Simon even took a step further to further his acts of service with an original service project.

The most enjoyable part of community service is the growth, Simon told The Hilltop. One may learn what their purpose is through service acts, and that’s why Simon suggests getting involved in a variety of projects to find the most suitable project that connects with each person the most.

“Service has led me to what my purpose may be…The big thing about service is the receiving end’s gratitude. It’s not about me at the end; It’s about how the recipient felt about it. ” 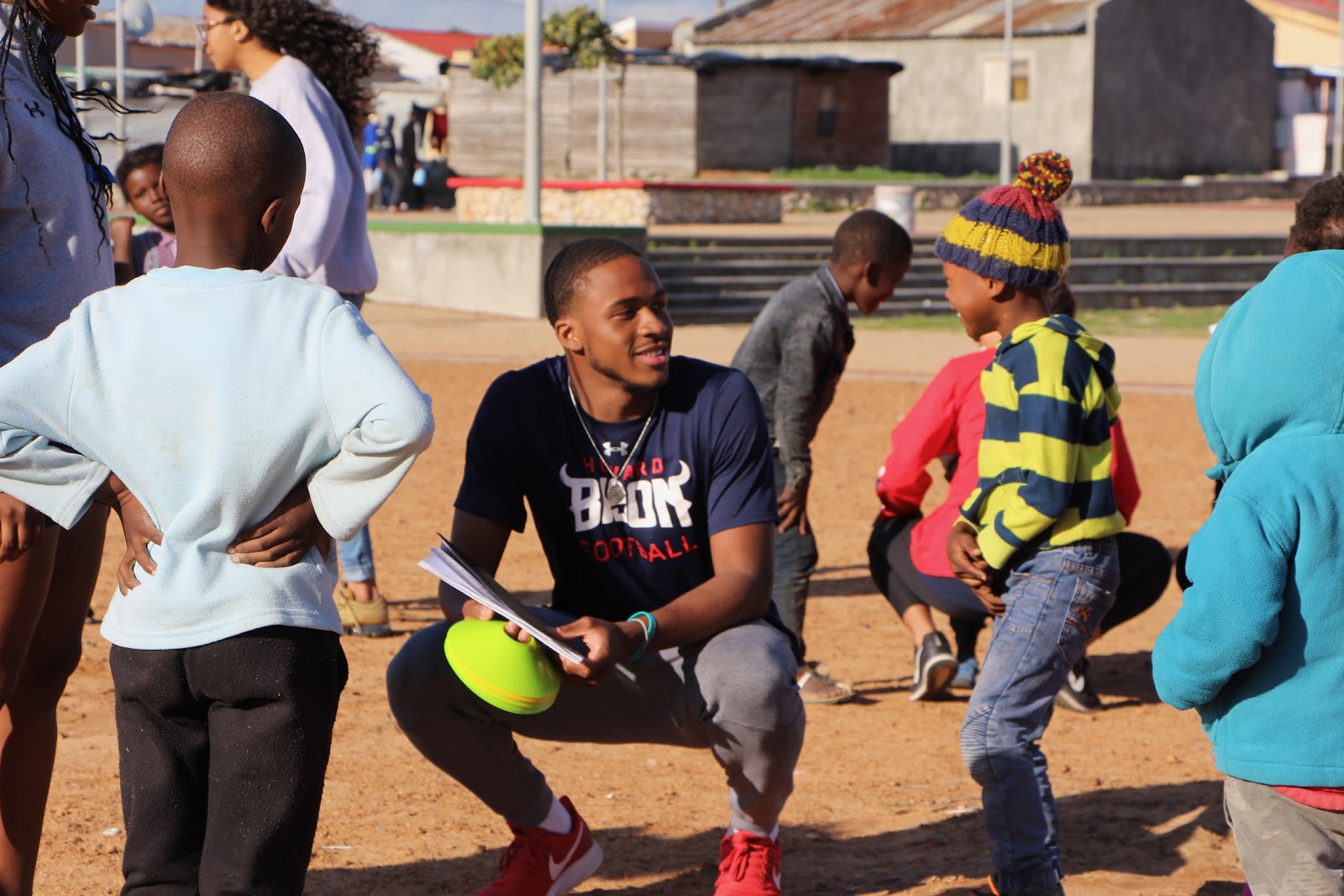 DaShawn Simon is setting up a soccer activity for the South African kids as a part of Grassroot Soccer, a subdivision of The Grassroot Project that gets kids involved by using the game of soccer. (Photo Credit: Mackenzie Jones)

In the future, Simon plans to open a food pantry because he understands how meaningful it is to have a reliable place to receive a meal. Growing up in Baltimore he noticed the prevalence of poverty within his community and he wants to contribute to decreasing those margins especially as cold weather approaches.

The young community service leader hopes to make this project and The Grassroots Project more than a local service— one that can include other student-athletes or anyone from all over the world that wants to help.

There is no coincidence that DaShawn Simon is this school year’s Mr. School of Education. Although he is a business major, he spends a lot of his time educating his own and the next generation. He’s tackling topics and issues that are “taboo” in public school education and his community.

Being the positive African American male influence that he and many other children lacked is most important to Simon. Simon is a fellow Bison that the Howard University community all should be proud of, a person that signifies the importance of truth and service.