A petition has been launched to stop a “disrespectful” international women’s didgeridoo festival from being held later this week.

Female Power Didge bills itself as the first-ever online women’s didgeridoo festival and will feature performers from countries around the world.

However, the event has attracted criticism back in Australia.

Part of the line-up – there are no Australian performers involved.

“They are stealing our culture and appropriating it in such a disgusting way,” petition organiser Hayley Barwick wrote.

“This is so disrespectful to Aboriginal culture, to our ancestors, dreamtime and dreaming.”

One video shared by a festival organiser shows a performer playing the instrument with “crazy electronic” backing.

Mr Johnston, who has 35 years of experience as an Indigenous archaeologist and anthropologist, said it was important to understand the origins of the instrument.

“The didgeridoo came from the Gulf of Carpentaria [region] … Traditionally, it wasn’t played by women in those areas,” he said.

“It was for men playing in ceremony … It was then also used by communities in a social context, for celebration as well.” 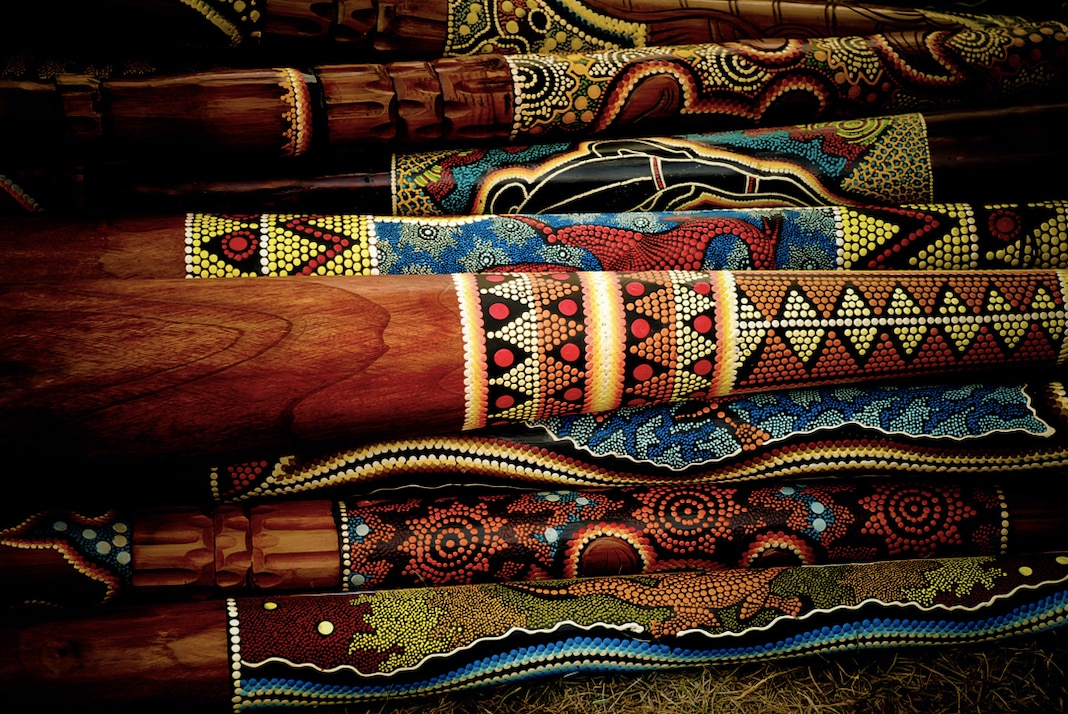 Didgeridoos being sold to tourists.

Mr Johnston said as its usage spread around Australia so too did “the memories that it wasn’t played by women. [This] has always been passed through”.

He said now the instrument “has been adopted outside of a cultural context and that’s the key issue”.

“It’s a grey area if women can play it – because they traditionally didn’t … The taboo of women using it is [now] up for debate.”

“Given that it’s a classically Australian [instrument] – I would challenge the appropriation of our culture and heritage.”

Mr Johnston said history has shown that “westernisation, adoption and appropriation … of cultures and knowledge” has often gone against the wishes of the traditional owners. He said it comes down to individuals to make these choices.

“It’s about awareness and respect … We would ask, can you be sensitive to these issues and have some Indigenous context, content and appreciation.

“If you don’t know – ask. Be informed. Have a relationship with Indigenous people and you may have a greater respect for the instrument.

“Ask the question: are you aware of the sensitives? And if so – how do you feel about these?”

Female Power Didge organisers shared a link to the Yidaki Story website from Northeast Arnhem Land, which has a section titled “should non-Aboriginal women play the didgeridoo?”

“It may differ in other Aboriginal communities, but in the Miwatj, the majority opinion is that no harm will come to women who play,” the website read.

“Playing for fun is a simple physical activity, not a dangerous spiritual one.”

Material from the festival says all proceeds will go to benefit an Indigenous organisations “to help further awareness of Indigenous populations and bring cultures together in this unprecedented time”.

“We thank the Aboriginal peoples and in particular, the Yolngu tribe for sharing this beautiful instrument. We are deeply grateful for their generosity without which we would not have made our personal journeys,” it says.

10 apps that will help you grow and manage your side hustle, now with Black Friday prices

Ghana To Get A Consolidated National Conservation Agriculture Manual

Reggaeton needed a racial reckoning. Afro-Latinos are leading it.