“We are all Julian Assange”

Socialist Equality Party (SEP) members and supporters have been campaigning in Alice Springs since Wednesday, for this coming Sunday’s public meeting in defence of Julian Assange and Chelsea Manning. The meeting in the Andy McNeil Room, 93 Todd Street, at 2.30 p.m., will be the first the SEP has held in the central Australian city (population 25,000). This is one of a new series of meetings called by the SEP in Australia and the Socialist Equality Group in New Zealand. 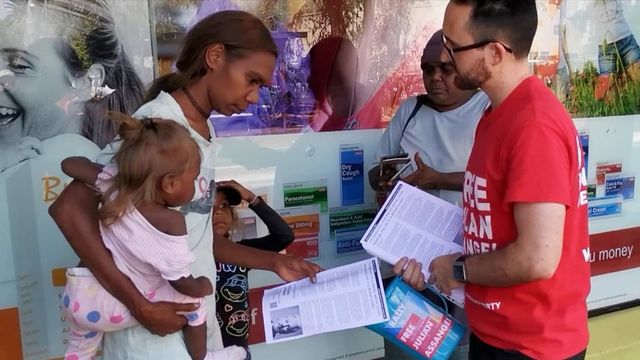 As in Australia’s major urban centres, SEP campaigners have found broad support for Assange from indigenous and non-indigenous residents alike. Distrust of government authorities and the major parliamentary parties is palpable and widespread.

Margaret Richardson, local resident and Registered Nurse, and SEP political committee member Zac Hambides, were interviewed by Paul Wiles, producer of “Strong Voices,” the flagship news program of the Central Australian Aboriginal Media Association (CAAMA) radio. According to its website, CAAMA is the largest Aboriginal media organisation in Australia with more than 600,000 listeners nationally, including 60,000 in the Northern Territory, not including those accessing it through its online streaming services. 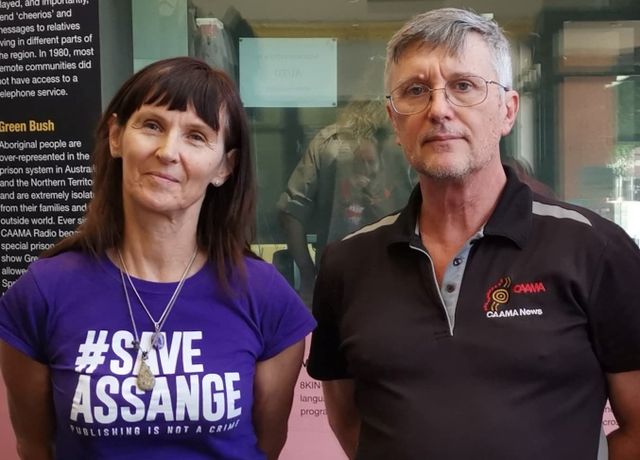 Richardson, who wrote an open letter to Greens leader Richard Di Natale, demanding Greens parliamentarians take action in defence of Assange, initiated tomorrow’s meeting. She told CAAMA why ordinary people must defend Assange. “We are all Julian Assange. What is happening to him could happen to any one of us. This is about truth; this is about exposing war crimes,” she said.

Hambides explained that the attacks on Assange had begun in 2010, after WikiLeaks published the “Collateral Murder” video that exposed the murder of 18 people in Iraq, including two Reuters journalists, by US Marines. Hambides went on to raise that the Australian Labor Party had played a central role in the persecution of Assange. In 2010, then Labor Prime Minister Julia Gillard had denounced Assange and declared that WikiLeaks’ activities were “illegal.” 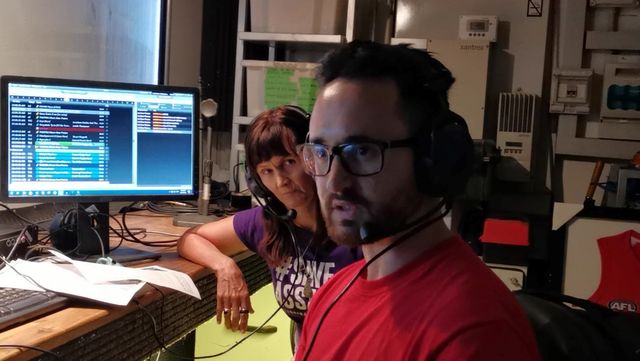 Gillard did not denounce the US war crimes, only WikiLeaks for making it public, Hambides noted. 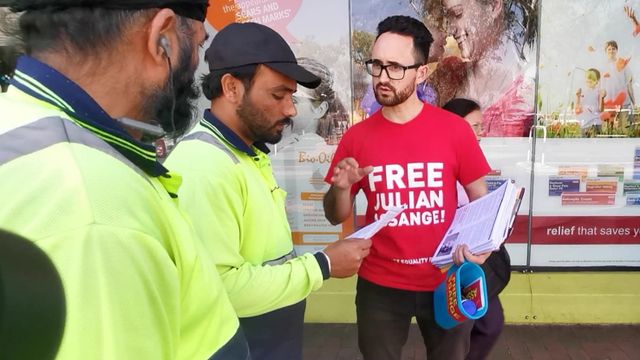 Speaking with workers in Alice Springs

An article in the Alice Springs News on Thursday quoted Richardson, who warned of the dire consequences for Assange if he were not freed. “He is enduring solitary confinement and harsh conditions,” Richardson declared. “His family and friends fear for his physical and mental health, and even his life.”

Yesterday SEP campaigners spoke with youth and workers in the Yeperenye Shopping Centre.

Gerlinde, originally from Germany, said: “I believe all journalists should be protected, and especially those, like Assange, who tell us what is happening in the world. The US and Australia have invaded countries while claiming to defend democracy and freedom of speech and yet they are directly attacking these principles.” 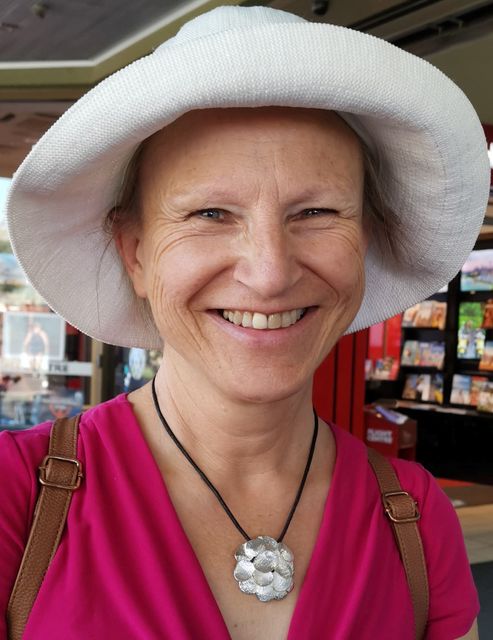 “I’m not surprised about the attitude of the Australian government towards Julian Assange. I’m ‘over it’ with them. They only speak about Assange when they’re forced to, and then they just wash over it as if it’s not a problem.

“People in Australia have to speak out. They have to find their voices again as they did in the protests against the Iraq war. Lots of people demonstrated but they were ignored. This has to change and it’s the same thing with the climate change emergency. Governments are ignoring the majority of people on this question.

Leahy, an indigenous woman from northwestern Australia, has been living in Alice Springs for the past five years. “Julian Assange has to be defended by the Australian government because he’s an Australian citizen and has been publishing the truth about governments for many years,” she said. “How can America charge him with treason when he is not an American citizen?

“I don’t know why the Australian government doesn’t back him up, but I suppose it’s like everything else. I’m from Kimberley and we get hardly any support from the government—for jobs, education and health. There are not many jobs for indigenous people and not enough money for health and education. How are young people supposed to get jobs if they don’t have education?”

Magaer is semi-retired. She bluntly denounced the persecution of Assange and raised her concerns about his physical and psychological health. “His current health situation is very serious and must be addressed immediately. When people who expose criminality are treated as criminals then you’re living in a fascist state,” she said.

Australian governments, Magaer continued, “have completely abrogated their responsibility towards Assange, and the mainstream media does not defend him, because the media is mainly owned by six corporations.

“Citizens’ rights have been seriously eroded in this country and people don’t really understand this or the extent to which this has happened. People don’t understand that having a free press is a basic right. The press should not be controlled by the government.” 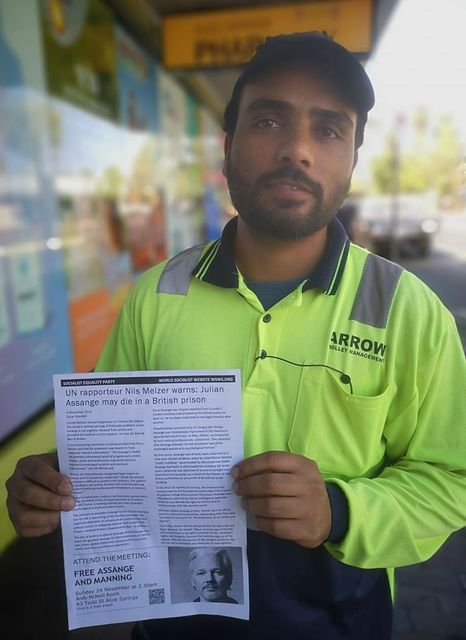 Vipanjat, a recent immigrant from India said, “I really want to come to this meeting and learn more about Julian Assange. He is a great man,” he said.

Rahat, a young worker originally from Bangladesh, said: “Assange is an honest man who has not committed any crime and has been faithful to his job as a journalist. He should be released immediately. He has done the right thing telling people what governments are really doing. There should be more journalists like him in the world.”

Eddie, who was originally from Sudan, works at the Charles Darwin University in Alice Springs.

“Julian Assange has to be defended, not just because he is an Australian citizen, but because he is a world citizen. The work that he has done has benefitted people in every country. Assange is being attacked because he has exposed the actions of imperialism, and the US in particular, and it is biting back. He has not committed any crime.”

Eddie continued, “People have always been aware of the dirty work America is doing around the world, but Assange revealed it in all its nakedness. The Australian government is not defending Assange because Australia is the small brother of America.

“It’s very good that you have come from Sydney to hold a meeting in defence of Assange, but you need to involve many people. The human rights organisation should be involved and it has to be worldwide. You have to make it a global movement.”

Contribute to the fight for socialism in 2020

2019 has been a year of mass social upheaval. We need you to help the WSWS and ICFI make 2020 the year of international socialist revival. We must expand our work and our influence in the international working class. If you agree, donate today. Thank you.