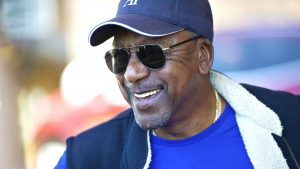 The two American businessmen linked up together decades ago in the cable business when Malone made a $500,000 investment to help Johnson launch Black Entertainment Television (BET).Johnson sold BET to Viacom for $3 billion and later started RLJ Cos., a portfolio of businesses that include the Retirement Clearinghouse L.L.C. (RCH). Citing a “meeting of like minds,” Malone and Johnson announced that Malone has purchased a minority stake in RCH.

“I invested alongside Bob when he launched Black Entertainment Television. When Bob approached me to talk about his work with 401(k) auto portability, I recognized an opportunity to extend that work into practical ways to achieve inclusive capitalism,” Malone stated. More of his comments are here.

Malone is board chair of Liberty Media Corp., which owns interests in a broad range of media, communications, and entertainment businesses, according to its website.

The news comes after it was announced in July that the Retirement Clearinghouse Auto Portability program is now live for 401(k) record-keeping for large companies. Alight Solutions will lead the national launch of the program. The plan makes it easier for American workers to move 401(k) assets from one employer plan to another. That helps reduce premature cash-outs, preserve retirement savings, and improve financial well-being, according to a news release. Auto portability protects retirement savings for employees most vulnerable to cashing out, particularly Black and Hispanic workers.

Johnson, founder and chairman of the RLJ Cos., and majority owner of Retirement Clearinghouse, has been a leading proponent of closing the wealth gap between Blacks and whites, using auto portability as one of the ways to achieve that. He told Black Enterprise in July that if the large 401(k) record keepers, including the likes of Vanguard and Fidelity, would embrace auto portability, it would generate $191 billion in retirement savings for 20 million Black workers over a generation.

He commented on Malone’s s  new investment in the news release.

“I am pleased to be working with John again to level the economic playing field for minorities. With auto portability on the cusp of mainstream adoption, our nation has a promising opportunity to finally close the retirement-savings gap for Blacks and other minorities. John and I have a long history of taking on big challenges, as we did with the founding of Black Entertainment Television, the first Black-owned company publicly traded on the New York Stock Exchange. With his guidance, we can change the status quo and do our part to close the wealth gap for America’s minority communities.”