Julius Malema Calls For The Creation Of ‘United States Of Africa’ 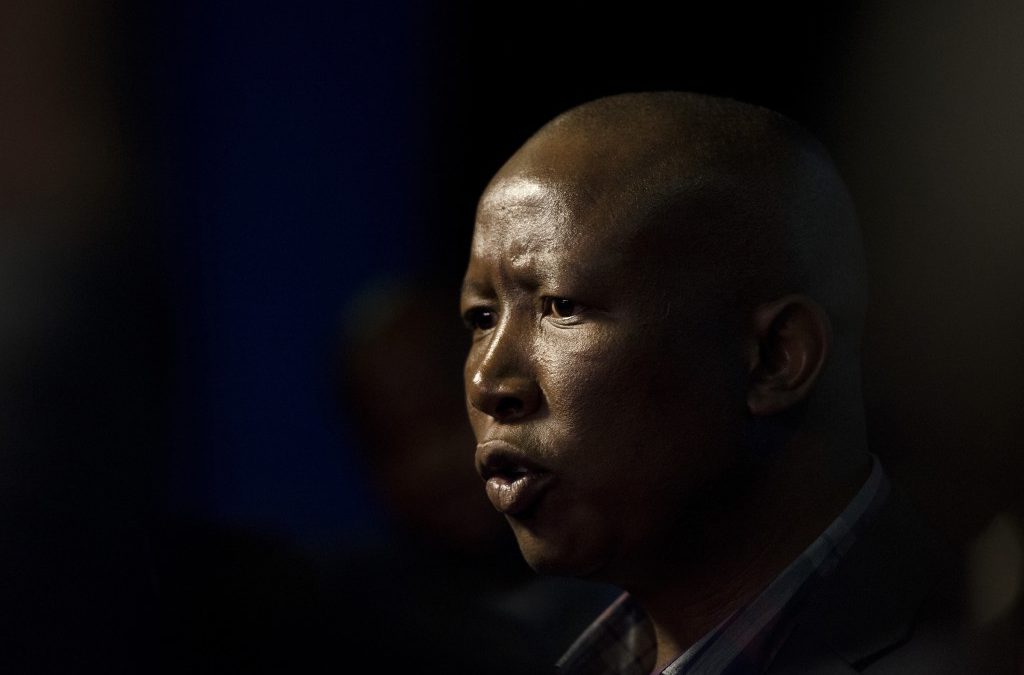 Leader of the Economic Freedom Fighters Julius Malema, during an interview at the election results center in Pretoria, South Africa, Friday, Aug. 5, 2016. With 95 percent of votes counted the ruling ANC appears to have suffered its biggest electoral blow since it won power at the end of the apartheid era 22-years ago, and the results remain too close to call in the country’s two largest cities.(Moguldom.com)

South Africa’s firebrand opposition leader Julius Malema wants the formation of a “United States of Africa” that will bring together the entire continent in one economic bloc.

The Economic Freedom Fighters (EFF) party leader said he envisions continental unity at the political level and was planning to use South Africa as the launchpad for the idea if he wins the next elections.

The EFF is South Africa’s third-biggest party with 43 parliamentary seats out of around 400, as per the last general elections.

“We want to lead Africa, we want a United State of Africa. With one currency, with one economy, with one parliament, with one president, with one judiciary,” Malema told delegates at an EFF annual general meeting that re-elected him as the party leader on Dec. 16.

“(An Africa) … where all member states will be held accountable, we want Africa to be one. With this South Africa, it is just a starting point. And why? Because political freedom came from up there in the north. Economic freedom must come from the south going up there.”

“We cannot have one Africa while the continent is still divided on the internal political landscape. Malema is seen as a person who represents the African agenda, while allegations point that he is not such person who will carry such program,” said political analyst Sibusiso Ndlovu.

Julius Malema Calls for the Creation of ‘United States of Africa’ | The African Exponent. https://t.co/e6SbrtFzEm

Julius Malema for President of the United States of Africa? pic.twitter.com/lgcJ3WRKEJ