Former NBA player Kenny Anderson details life after having a stroke and the road the recovery.

When his wife didn’t answer her phone, Kenny Anderson, slightly panicked, shouted for his teenage daughter.

Anderson started to lose vision in his right eye as his face drooped. With slurred speech, Anderson kept calling for his daughter, but her bedroom door was closed.

The family dog, Caleb, scratched on his daughter’s door repeatedly until she opened it — right around the same time Anderson lost his balance and fell back against the wall.

Tiana Anderson knew from a recent health class what was happening.

She calmly told her father to lay down and called 911: “I need an ambulance right away. My dad is having a stroke.”

Anderson’s wife, Natasha, rushed back to the house from the gym and rode in the ambulance to the hospital Feb. 23 last year. 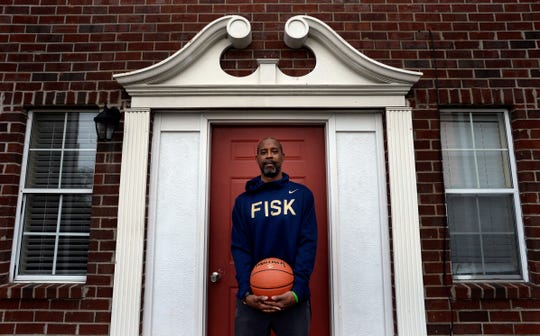 Fisk basketball coach and former NBA All-Star Kenny Anderson at his home in Nashville, one year after he had a massive stroke that nearly killed him. (Photo: Mark Zaleski/ For the Tennessean)

Several doctors — including a neurologist, a stroke specialist and a cardiologist — were outside waiting.

“They pull him out, and I walk up to him and I can see the droopiness in his right side. His eyes are closed. And he was trying to talk to me, but it was very slurred,” Natasha Anderson said.

She understood one thing he said: “Am I going to be OK?”

A tear fell down the side of his face.

Anderson, 49, knows how to fight. He already overcame other obstacles in his life and career.

Putting too much pressure on himself

Sexually abused as a boy, Anderson grew up in Queens, New York, with a mom who battled drug addiction.

Still, in high school, he was named New York City Player of the Year four times before winning ACC Rookie of the Year in 1990 at Georgia Tech.

That led to 14 years in the NBA where he sometimes got compared with superstar point guards like Magic Johnson. 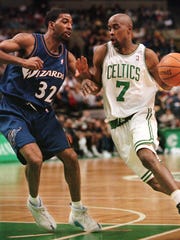 The Boston Celtics’ Kenny Anderson, right, drives toward the net past the Washington Wizards’ Richard Hamilton during a game on March 31, 2000. Anderson is now the men’s basketball coach at Fisk University in Nashville. (Photo: WILLIAM B. PLOWMAN / AP)

His struggles continued, though: Anderson declared bankruptcy in 2005, fathered seven children with four women and lost a high school coaching job in Florida after he was arrested for DUI in 2013.

Anderson arrived at historically black Fisk University in North Nashville in 2018 ready to start a new chapter and to be a mentor.

“I want to see African American men get chances like I did,” he told The Tennessean.

But his role at Fisk came with challenges. Anderson’s team was full of players recruited by someone else. He put a lot of pressure on himself to succeed as a coach and to support to those players.

He ate and slept poorly, consumed with how to win and how to connect with his players. He paced constantly during games, occasionally lashing out at officials and drawing four technical fouls his first season.

Anderson lived alone on campus, as his wife and their two teens stayed in Florida so the kids could finish high school.

“He was very stressed because he’s such a passionate person and so all-in,” wife Natasha Anderson said. “He was go, go, go, go, and he wasn’t caring for himself.”

Right after the season ended, Anderson’s wife called on a Friday, stressed by raising the teenagers by herself. Anderson, himself exhausted, was on a plane back to Florida that night.

He had a stroke the next day.

Anderson regained consciousness in the ICU at Memorial Hospital in Pembroke Pines, Florida, his wife and their two children by his side.

Tears rolled down his eyes as his family loved on him — and Anderson wondered if he was going to die.

One of the most upsetting parts about dying: Anderson hated he might not be able to keep coaching at Fisk.

“Boom, I’m here, and thank you, God. Then all of a sudden it’s going to be taken from me? Man, I ain’t done yet,” he said, his voice quavering.

“I haven’t even started. Let these young men feel what Kenny Anderson’s all about. Not just the basketball player, but the person who cares.” 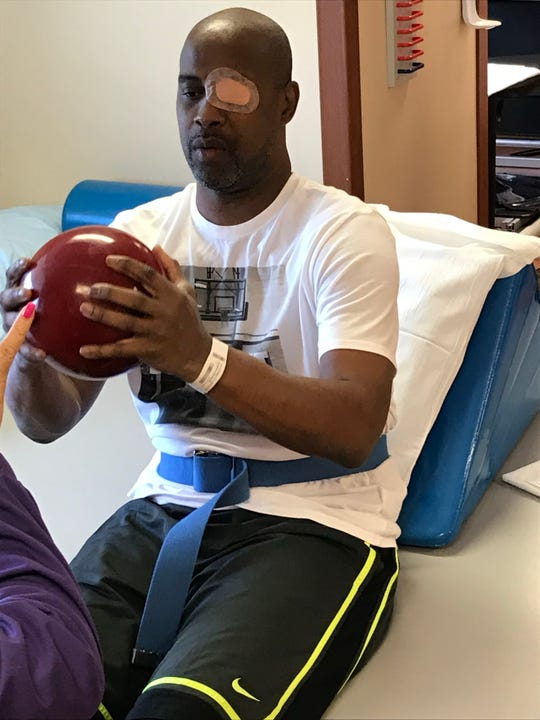 Anderson survived the crucial first 48 hours in the ICU. Then, with a renewed sense of mission to serve his family and his players, he got to work.

Natasha Anderson, a health care company executive, was there every step, asking questions, pushing for solutions, coaxing her husband to do more.

“You get impatient. Why is that not happening today? Why is this taking two weeks?” she said.

“Well, it takes six months to a year to heal, and then you start accepting a little more and become a little more patient. You just have to trust the process. That came with time.”

And lots of tears. Natasha Anderson and her kids, in therapy regularly, cried often, alone and together, during the tough times of watching him struggle to get better.

With full support from Fisk administrators and players, Anderson returned to the bench in the fall, only six months after his stroke.

He had a tough time remembering things and making conversation, so Anderson leaned heavily on his assistant coaches. He often carried note cards on game days to remember certain strategies he wanted to execute.

His struggles sparked the coaches and the team to get more active in supporting Anderson’s recovery.

“We told him, ‘You rest, and we’ll do heavy lifting, from recruiting to running practice,’” assistant Fisk basketball coach Ty Garth, 40, said.

“Everybody was on the same page so that Kenny was able to be Kenny,” Garth said. “At that point, we realized it’s bigger than basketball.”

“But we’d have fun with it,” Summerville said.

“We were patient with him. We’re like, as long as you’re with us and we good, we’re going to make sure you’re good. It never got frustrating.” 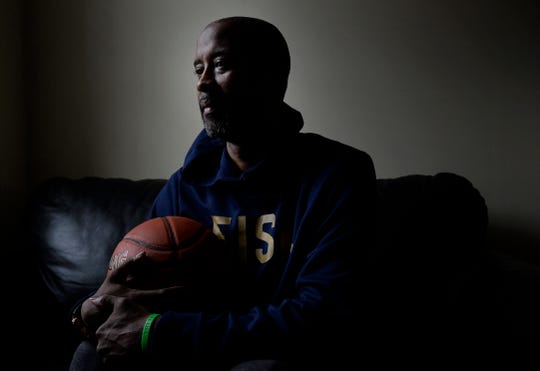 Fisk basketball coach Kenny Anderson sits at his home on March 12, 2020, in Nashville. (Photo: Mark Zaleski/ For the Tennessean)

Right after Christmas, players and coaches saw a switch flip in Anderson. He became much more animated, sharper mentally.

“He got his swag back,” Garth said, laughing.

Fisk athletic director Larry Glover noticed as well. “From watching him on the bench as the season progressed, I could tell he was more and more involved in instruction. He relied a lot less on assistants,” Glover said.

Anderson still gets tired and still sometimes can’t find the right words. “And that can be frustrating for me.”

But he said the stroke caused him to be a much better listener.

Anderson said he previously jumped into conversations while the other person was talking. But now he concentrates on what others say. And that has brought better understanding and connection.

“People who get listened to feel more valued and heard. And that’s what’s it’s about, truly,” Anderson said.

Africa: Call Out Perpetrators of GBV to Help End Violence Against Women and Girls

Is This Lindsey Graham’s Last Act? A Surprising Poll Gives His Critics Optimism

Walking the line between law, lore and the Dreamtime in the Coroners Court of Victoria

Changing fortunes of media in TT