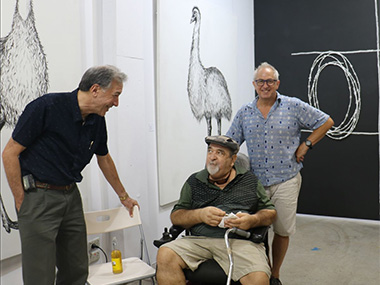 Daryl Hewson, the late Laurie Nilsen & gallery owner, Michael Eather at the opening of ‘One Day at a Time’, Nilsen’s retrospective show

Laurie Nilsen, the father of the barbed-wire emu, has died on March 6th at the age of 66 from cancer after a 40-year career in art. That is currently being celebrated with a retrospective at his Fireworks Gallery in Brisbane.

Laurie was the eldest of 13 children born to a Norwegian father and his Mandandanji mother in 1953 on her Country at Roma, Central Queensland. He trained in the graphic arts and sculpture but drawing, painting and mixed-media all formed parts of his practice. He particularly favoured works with barbed wire in sculptural form, encompassing his cultural, political and environmental concerns. Although most of his work tackles issues that concern Aboriginal people, he recognised these concerns also affected non-Aboriginal people.

In 1988, Laurie was one of the first ‘urban’ Aboriginal artists to have work acquired by the National Gallery of Australia. Laurie was then a foundation member of the Campfire Group Artists in the early 1990s and was also a founding member of proppaNOW Artists Collective of Brisbane-based Murri artists since 2004. He’s been the recipient of numerous art awards including the 2007 Telstra National Aboriginal & Torres Strait Islander Wandjuk Marika Memorial 3D Award for ‘Goolburis on the Bungil Creek’, a trio of wire emus. His work is held in numerous private, corporate and public collections.

Emu is the artist’s totem. “There are always artists who’ve got a soft spot for a particular animal,” he explained. “With me it’s emus. I’ve come across a lot of these skeletons hanging on fences in the bush. An emu will walk up and down a fence trying to get to water. They’ll walk up and down ’til they drop. Others will try to go through the fence”.

As well as dealing with environmental, cultural and historical issues, as in a work like ‘Fencing of the Waterhole’, consisting of an installation created from barbed wire and fence posts, he also made a point of paying tribute to Aboriginal fencers and stockmen. And his work in the 1990 exhibition, ‘Balance: Views Visions Influences’, a group exhibition at the Queensland Art Gallery, was intended to open doors for everyone. “Not only for Murri urban artists, but I think for whitefellas too…some collaborative stuff came out of that”.

Fellow Campfire Group Artists included Richard Bell, Joanne Currie and Michael Eather, many of whom would go on to form the provocative proppaNOW Artists Collective. But Nilsen had been there before all that. In 1987 he designed the poster ‘White Australia has a Black History’ for the National Aboriginal and Islander Day Observance Committee (NAIDOC) week poster competition.

More recently, Laurie was the lead artist on the public artwork that’s featured on the north face of the State Library building on Brisbane’s Southbank. His creation is the beautifully carved, extra-long coolamon, with the environmental benefit that it’s also designed to catch rain. 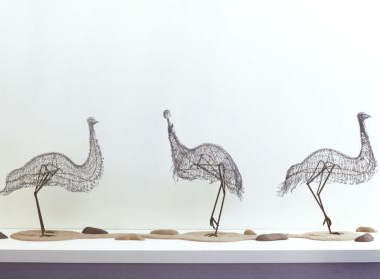 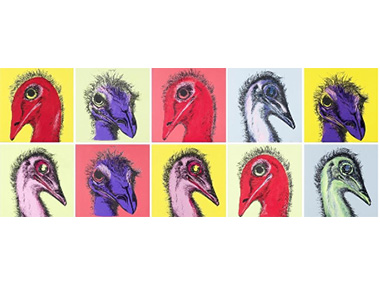 Where is the exhibition?