This is the first instalment of a series where we asked people from around Alice Springs to tell us what they want and expect from whomever is in government come late August.

Today we are publishing excerpts from chats we had with councillor and business person, Marli Banks, and the recently retired Anglican Rector, Reverend Brian Jeffries. Both touched on a similar theme: community engagement by the Northern Territory government to help solve localised issues. 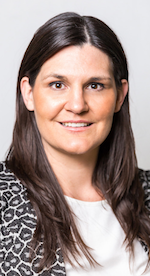 I hope that whoever should be in power in Darwin after the election can see past the capital and out into regional areas. For any government to succeed they must first engage with the “everyday Joe” to capture community sentiment.

This type of engagement will result in regional and remote areas to have those same economic opportunities that are enjoyed by people in more built-up areas such as Darwin. 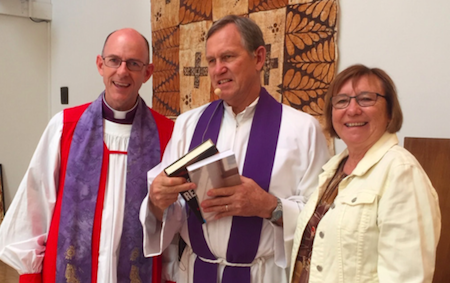 Community engagement can involve the addition of Aboriginal languages to the curriculum in schools across the Territory.

As a former teacher and educator, I believe Indigenous young people being able to express themselves through language and culture could help with confidence, self-esteem and gaining a sense of belonging in the education system and in our community.

Without policy backing up the dedicated working individuals and schools within our education system it can become “ad hoc” and depend on the political leaders of the day.

Rigid prioritisation around NAPLAN and other national standards means that sometimes the teaching of Aboriginal languages and culture get left off the curriculum.

This is an issue that probably needs to begin with Commonwealth Government action. Constitutional recognition could be the key, but there is a role for all levels of government.

I think Australia as a country doesn’t recognise or respect Aboriginal languages or culture as First Nations people within their constitution. This was asked for by Aboriginal and Torres Strait Islander people in “The Statement from the Heart”, at their 2017 Constitutional Convention, held at Uluru.

There seems to be deep grief and loss of identity experienced by First Nations people.

I do hope that the Australian people can support the establishment of a First Nations voice be articulated in our Constitution. This will help bring about much needed healing.

For me as a non-Aboriginal person here in Alice Springs, I have just had to listen and learn.

It is where I’m at personally. Perhaps the government decision makers can do the same.

The Morrison Government's stimulus may be too little too late