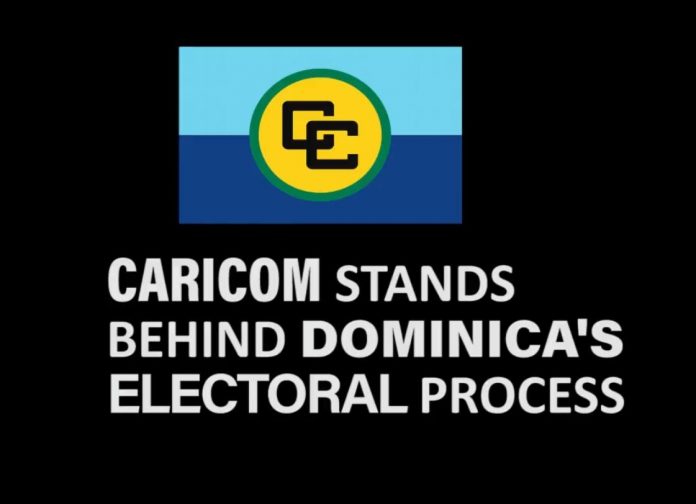 The Caribbean Community and Common Market (CARICOM) defended the electoral system of the region in committee on Friday. The United States, however, condemned the decision of Dominica regarding not inviting the Organisation of American States (OAS) to observe the general elections taking place in the nation on December 6.

Foreign and CARICOM affairs minister of Dominica, Francine Baron said on Friday that the Caribbean island of Dominica has never had any instances of fraudulent elections since it attained political independence from Britain 41 years ago. Both the Dominica Labour Party (DLP) and the United Workers Party (UWP) had won elections based on the present election system.

St. Lucia’s ambassador to OAS, Anton Edmund spoke on behalf of CARICOM and said that the community welcomes the efforts at electoral reforms within the framework of the governing principles and process provided in the constitution of any member state. However, electoral reform is complicated, but the structure of democracy and the practices of its policies exist even in Dominica and consists of freedom of assembly and expression.

The diplomat added that all political parties must act within the law and respect the constitutional orders. “There is no deadly violence as Dominica prepares to hold elections within the current provision of its constitution.” Added Edmund.

As per Anton Edmund, Caribbean has had a strong tradition of democracy and always conducted free and fair elections to elect their representatives. He also showed confidence that the Organisation of American States (OAS) as an institution will understand all the driven points.

The CARICOM leader emphasised that several highly credible bodies observe elections in the region and Commonwealth of Dominica has invited four such organisation to conduct elections on the island.

Nevertheless, US ambassador to the OAS, Carlos Trujillo expressed his displeasure towards Dominica for not inviting the organisation for nation’s forthcoming general elections dated to be conducted on the 6th day of December.

“OAS has had a record of promotion of free and fair elections throughout the hemisphere and democracy is a foundation of peace and stability and must be safeguarded by all,” added Trujillo.

Carlos Trujillo also appreciated the Foreign Minister Baron’s explanation on behalf of the government and said that they have even heard from the leader of opposition in Dominica who had many different reasons on the same subject.

OAS urged the political parties to refrain from taking actions that can be perceived as detrimental to the integrity of the democratic process.

The best secret beaches from Aruba to Anguilla