Membertou Signs on as Major Partner for Sydney Port Development

SYDNEY, NS, Jan. 14, 2020 – Membertou First Nation is  a major partner in the development of a container terminal in Sydney, N.S. 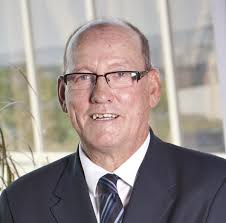 Chief Terry Paul, CEO of Membertou Development Corporation, says, “Through increased efforts with SHIP, we see great potential for the future of Sydney Harbour. In Membertou, we recognize the robust capacity of the port and believe its economic opportunities are vast.” In working together with Membertou, SHIP will establish Novaporte and Novazone as the only large-scale, deep-water port projects in Canada with major Indigenous ownership and leadership.

Sydney Harbour Investment Partners (“SHIP”) announced the expansion of its partnership consortium to include Membertou and Bridging Finance Inc.

SHIP is working to develop Novaporte, a deep-water, multi-use port on 500 acres within the Port of Sydney. Novaporte is expected to have container capacity of 1 million TEU’s in phase one and 3 million TEU’s by phase three. The port will also accommodate vehicle roll-on/roll-off with the infrastructure to support electric vehicles, as well as bulk, break bulk, heavy equipment and special project cargo. Novaporte has the major components for a successful development in place, including a 99-year land lease option with the Cape Breton Regional Municipality (CBRM), long- lead time environmental approvals, Canadian Foreign Trade Zone designation, and ready access to nearby rail infrastructure connecting the site to the rest of Canada and the United States.

Membertou, a progressive Mi’kmaq community located only three kilometers from downtown Sydney, has an existing partnership through SHIP’s Novazone project. Novazone is a planned logistics park of more than 1250 acres which is directly adjacent to the Novaporte site. In addition to Membertou, the other 12 Nova Scotia Mi’kmaq communities are also currently major shareholders of Novazone.

Furthering the relationship with Mi’kmaq partners, the next stage will see Membertou become major equity players in SHIP and Novaporte – while remaining invested in Novazone. 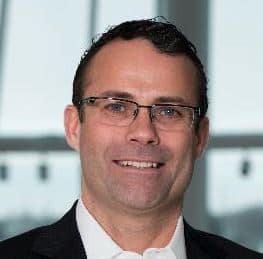 Bridging Finance is an Indigenous-led private Canadian company providing middle-market Canadian companies with alternative financing options. David Sharpe, CEO of Bridging Finance and a member of the Mohawks of the Bay Quinte, commented, “We see tremendous potential in this project and we think it has wide-reaching benefits to Membertou and all 13 Mi’kmaq communities, as well as for the entire province of Nova Scotia. We look forward to our partnership with SHIP.”

SHIP CEO, Albert Barbusci, pointed to Novazone and Novaporte as exemplary models of private sector nation-to-nation collaboration and partnership. “This project will change transportation patterns in eastern North America and catalyze the Atlantic Gateway,” remarked Barbusci. “This is a model of nation-building with Indigenous participation and leadership; an important model for all projects moving forward.”

Novaporte is designed by global engineering firm AECOM to be one of the most efficient and greenest ports in the Americas. The port and adjacent logistics park will be carbon neutral and developed with the latest green maritime technologies.

Bridging Finance Inc. was founded in 2012 as a privately held Canadian company providing middle-market Canadian companies with alternative financing options to those offered by traditional lenders.

Membertou Development Corporation is home to twelve corporate entities and is the business and economic development arm of the Mi’kmaq community of Membertou.

Since its incorporation in 1989, the Membertou Development Corporation has aimed to serve the needs of the Membertou community and create strong partnerships for the future of business in Unama’ki.

Novaporte is an ice-free deep-water port adjacent to a large logistics park, connected to North America’s rail and road system. Novaporte and Novazone, operating within a Foreign Trade Zone and located on nearly 2000 acres of land, will accommodate 1 million TEU’s in phase one and 3 million by phase three. The port and logistics park will also accommodate ro-ro traffic with a focus on electric vehicles, heavy machinery and large vehicles, bulk and break bulk traffic and special project cargo. Novaporte is one of the most valuable pieces of maritime real estate in the western hemisphere. SOURCE Sydney Harbour Investment Partners