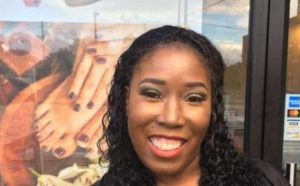 Ayanna Williams-Jones is a serial entrepreneur who is making moves in Detroit despite the global pandemic.

The mother of six children is the owner of a nail salon, podcast host, and business consultant. Soon, she’ll be releasing her new book, Detroit Madam, under her own publishing company.

“My children are the reason I do everything that I do,” Williams-Jones told serial podcaster Tracy Hazzard during an interview. “It’s all for them to have generational wealth.”

Opening a Nail Salon in Detroit

After Williams-Jones noticed the lack of Black-owned nail salons in Detroit, she decided to take matters into her own hands.

“I just got tired of going to places where I felt like my dollar wasn’t appreciated and it wasn’t put back into the community,” Williams-Jones told the Detroit Free Press. “I didn’t see a lot of us (Black people) being hired in those places.”

She adds, “I just felt like a lot of people would prefer to come to us but the professionalism sometimes isn’t there, so I wanted to show that we can do it.”

Opened in August 2015, Pedicure and Shoes 2 Go is a one-of-a-kind salon that provides individuals with the best of two words: pedicures and shoes. This unique spa and shopping experience has garnered funding from Invest Detroit, Motor City Match, Detroit Development Fund, and Detroit Micro-enterprise Fund. The spa specializes in massages, waxing, facials, and nails. Individuals from all over the country have enjoyed the pampering and shopping, including celebrities ranging from Faith Evans to Katy Perry, according to the Michigan Chronicle.

The Making of An Entrepreneur

Williams-Jones has a hustler mentality that stems from her childhood experiences. Since her mother and father were separated, she frequently traveled back and forth between Detroit and New York to keep in contact with family. While in Harlem with her father, she often witnessed him purchasing clothes to sell on the streets of Harlem. Soon, she started hustling with her father and learned the importance of taking action on the journey to your dreams.

Williams-Jones was ready to walk the path of entrepreneurship at an early age. Before turning 18, she participated in a nail technician certification program. Being the daughter of two cosmetologists fueled her desire in the beauty industry. But her ambitions didn’t stop there. At the age of 18, she started her own Entertainment company and managed that for about ten years before transitioning into real estate.

Williams-Jones is not a stranger to setbacks and challenges as an entrepreneur.

When the 2008 recession hit, she made a leap into the corporate world after working in real estate for fifteen years. But her vision of being in the beauty industry didn’t go away. In 2011, she developed the idea for a day spa. A few years later, she was able to get the momentum she needed to accelerate her vision. The community support she received took her from a struggling startup to becoming one of Detroit’s rising businesses.

But 2020 brought another shift. Pedicure & Shoes 2 Go was one of the many businesses impacted by the pandemic. Williams-Jones was forced to shutdown parts of her business and turn down repeated service requests from loyal customers.

Fortunately, her leased ended and she was able to move into a new, conveniently-located space on Jefferson shortly after.

Customers were thrilled to return to Pedicure & Shoes 2 Go and experience the new location. Marcyl Pesti has been enjoying the services at Pedicure & Shoes 2 Go for about a year.  During an interview with the Detroit Free Press, Pesti mentioned the impact of having a black-owned nail salon in her reach. “To see another Black woman who came from the hood and is able to join the professional world and still be her — I love it,” Pesti said. “Representation matters.”

Williams-Jones plans to expand her Pedicure & Shoes 2 Go to other locations. She’s working with her business partner to provide this community need.

Adovactes push to get vaccines on Charleston’s west side