THE MOTHER of two of Israel Moses Clinton’s children, Maysonia Thomas, lamented during his funeral that her children now have no father, but only memories and photos.

Thomas explained that Clinton promised to visit their two children on Saturday, but he never made it. Instead he was shot dead by police, along with Noel Diamond and Joel Jacobs, in Second Caledonia, Morvant.

At the funeral at Simpson’s Funeral Home on the Eastern Main Road in Laventille, Thomas said she is still struggling to explain what happened to their two children, Muzendaya, whom Clinton called “Pinky,” and Neymar, whom he called “Papa.”

“Pinky was talking to him on the phone the Thursday before he died and threatened to hit him a tap if he did not come on Saturday. He was supposed to come earlier in the week but he explained that he did not have any money, and promised he would bring her a doll when he came on Saturday.

“He never came. And now they seeing him in a box,” Thomas said.

She added, their son still calls for him every night.

“He would keep saying, ‘Where’s Papa?’ Up to now I can’t explain to him what happened.”

She described Clinton as her comfort.

“We could talk about anything. Anything I needed, I could come to him.”

Clinton, the father of three, was shot dead by police in Second Caledonia on June 27.

Police accounts claim he was with Diamond and Jacobs in a gold Nissan Tiida when they were stopped by police, and one of them reached for a weapon, prompting police to open fire.

The deaths of the three men and the circulation of CCTV footage of the incident sparked protests and confrontations between East Port of Spain residents and police last week. The protesters

The Police Complaints Authority is invetigating the shootings. 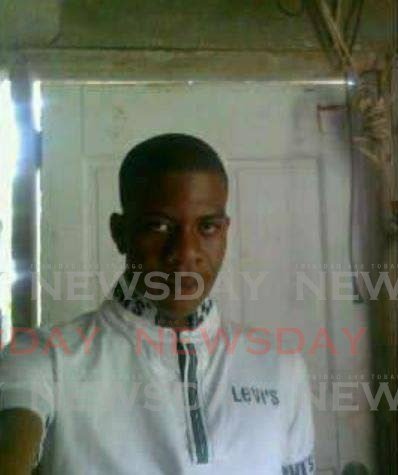 Amid PoS renewal, help the homeless

Makhubo one of the beneficiaries of EOH Africa: Powell – SABC News

10 apps that will help you grow and manage your side hustle, now with Black Friday prices

The Archer House: Brief stories from the historic hotel’s past | News

Papua New Guinea’s 2021 National Budget: the most ‘challenging in our lifetime’

‘NDC Should March For Akonfem, Airbus Scandals Not Rawlings Probity And Accountability — Bawumia