The Okyenhene, Osagyefo Amoatia Ofori Panin, says Okyenman is solidly united behind the President Addo Dankwa Akufo-Addo, in his bid to win the December 2020 general elections.

At a durbar held in honour of President Akufo-Addo, on Friday, 2nd October 2020, on the second day of the President’s 3-day tour of the Eastern Region, Okyenhence noted that the President has demonstrated that he is, indeed, “a President for all Ghanaians”.

According to the Okyenhene, “all of his (President Akufo-Addo) policies have affected every part of Ghana, and have been of immense benefit to every Ghanaian. This is because he has an ancestry where greed and the love of money are eschewed. Service to the Ghanaian people is what he, President Akufo-Addo, is all about.” 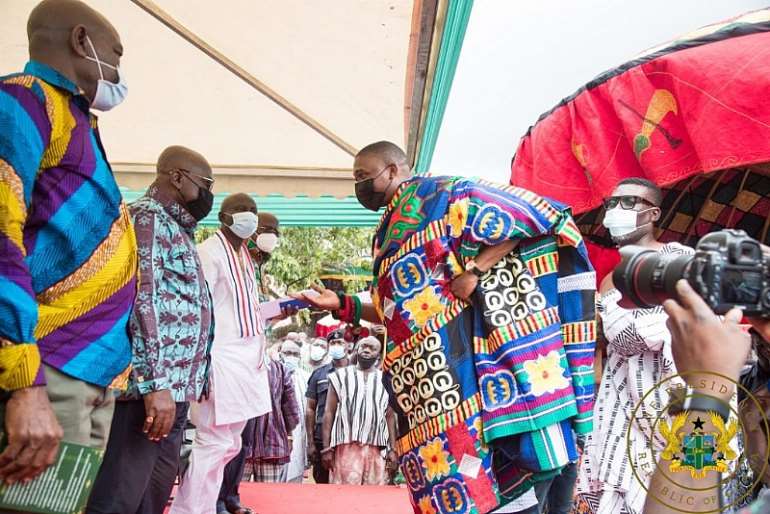 The Chief continued, “The President could have easily been someone whose only motivation in office is to amass wealth for himself. But, no, he has not done that at all. On the contrary, he has implemented policies that have benefited us all, and improved our living standards.” 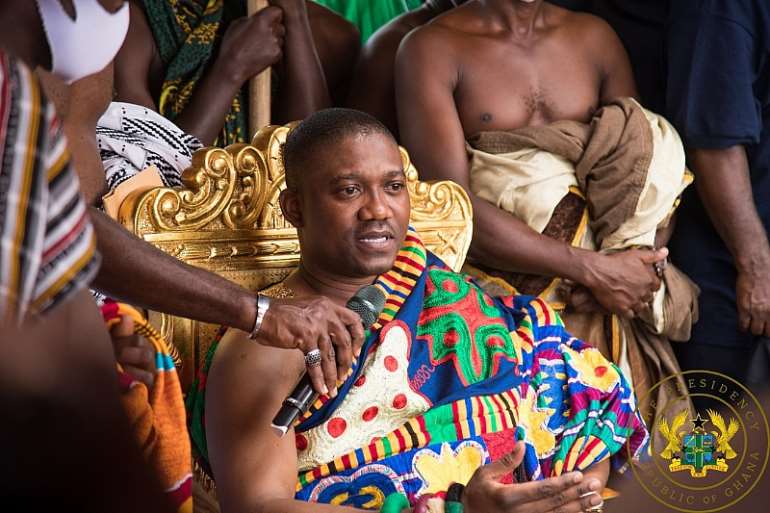 Touching on President Akufo-Addo’s handling of the COVID-19 pandemic, Osagyefo Amoatia Ofori Panin applauded the 17 addresses made by the President, which have so far outlined the measures being taken by government to defeat the pandemic, as well as the steps to ease safely the restrictions. 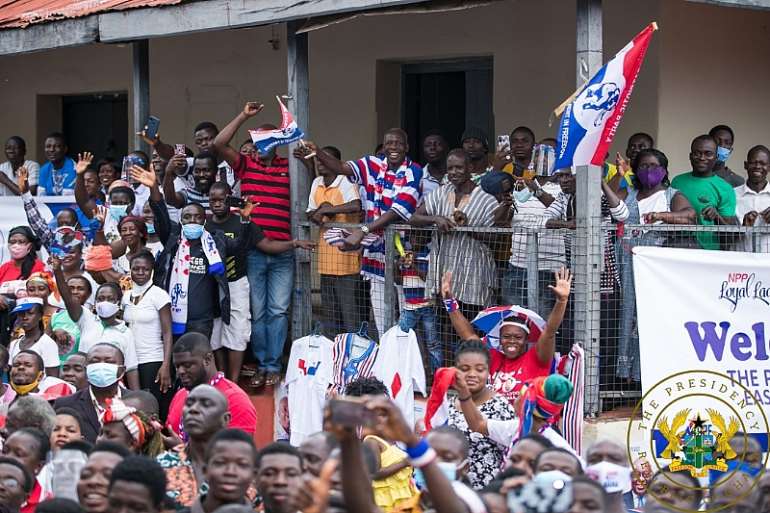 “He has taught us the importance of observing and adhering to the COVID-19 protocols. We should thank God that, at this stage of our national life, he has given us a leader like him. At the height of the pandemic, he provided us with free water and free electricity. He also gave allowances to frontline health workers. This shows the large generosity of his heart,” he added. 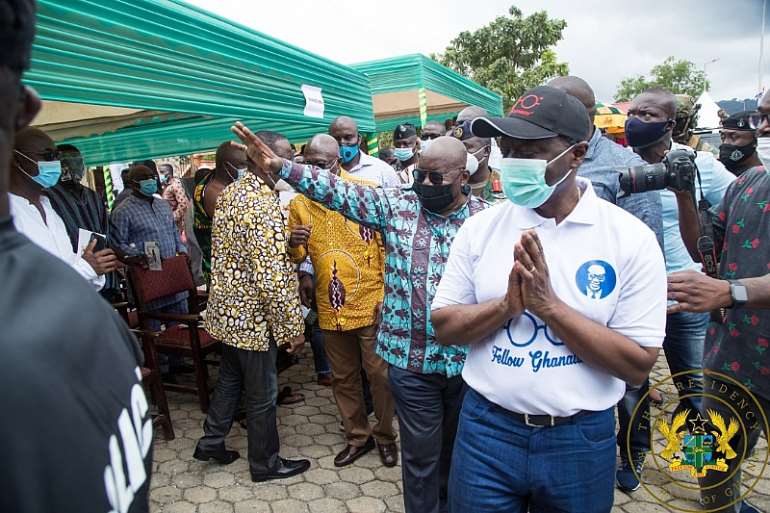 The effective management of the economy over the last three and a half years by the Akufo-Addo government, he stressed, has ensured that the pandemic, which has wreaked havoc on all economies around the world, did not bring untold hardships to the Ghanaian people. 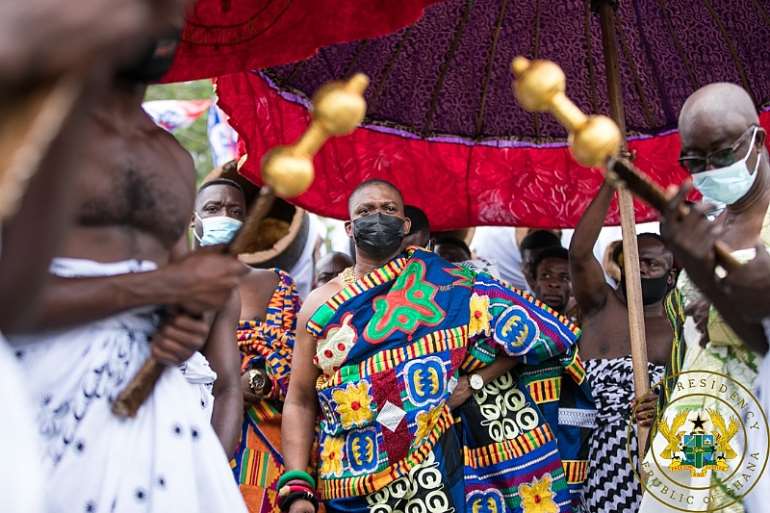 On Free SHS, the Okyenhene indicated that this policy has ensured that money, or the lack of it, has not denied any Ghanaian child access to education, adding that other policies being initiated by the President such as 1-District-1-Dam, 1-Village-1-Dam, NABCO, the development of road infrastructure, and the Zipline drone delivery service are all bearing fruit. 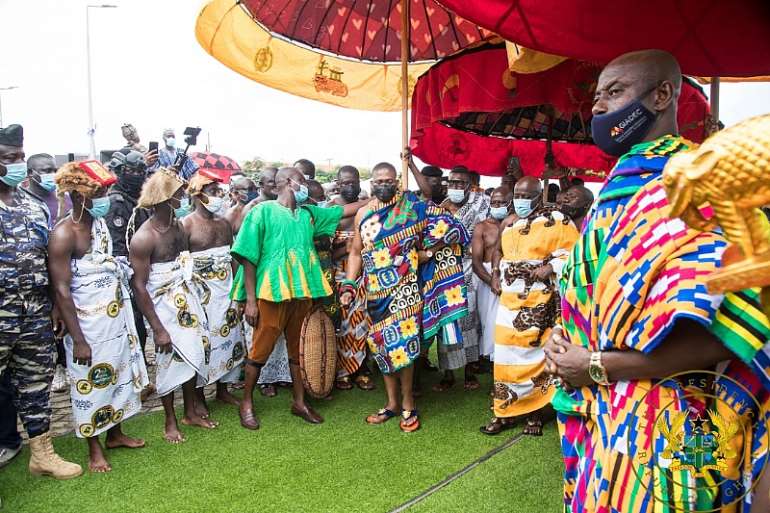 “He was born into a good home. He began to believe in the public values of equity, equality, freedom, and the pursuit of justice. All these are virtues Nana Addo possesses. It is said that, by their fruits, you shall know them. If his policies are bearing fruit, we, in Okyeman, say ‘Nana toaso,” he added. 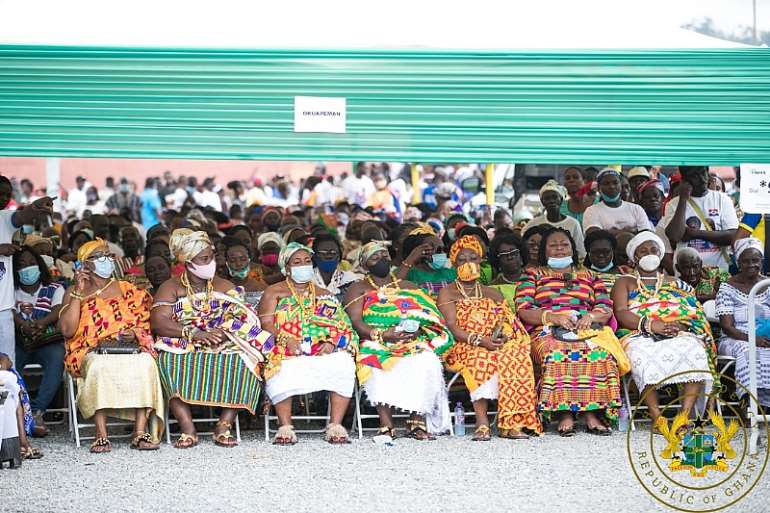 To residents of Okyeman, who have been beneficiaries of the President’s policies, the Okyenhene had a word of advice for them.

“If you are from Okyenman or a Ghanaian, and your child is a beneficiary of Free SHS and all the other policies of Government, and you believe there is a new wind of development blowing, and you don’t vote well on December 7,” he retorted, eliciting rapturous applause from the gathering. 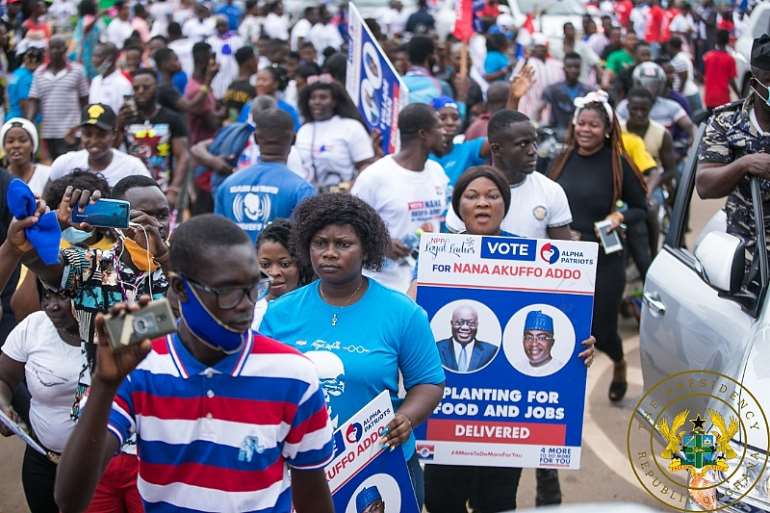 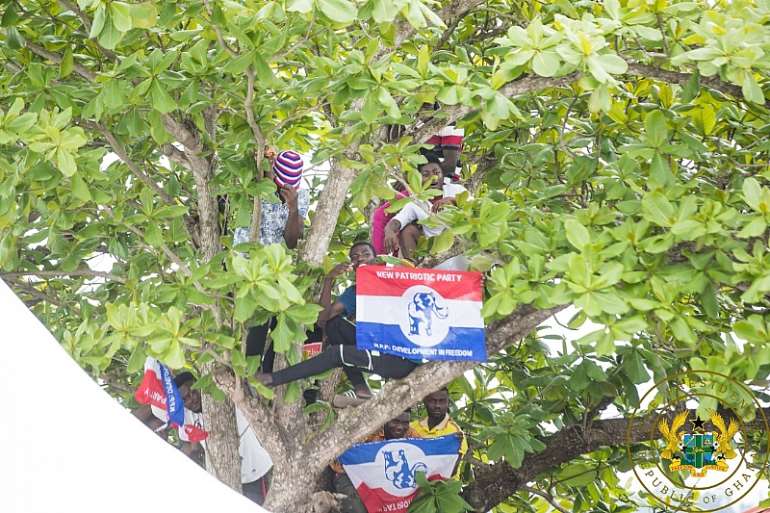 Vote on my record

On his part, President Akufo-Addo thanked the Okyenhene and Okyeman for the warm welcome accorded to him and his delegation.

He told the gathering that “my Government did not come to do lazy work. All aspects of our national life have benefitted from our policies, be they in health, roads, industrialization, or agriculture. My Government has worked for the benefit of all Ghanaians.”

“I have proven that I did not come to lie to Ghanaians, but to work for the progress and development of Ghana and for all Ghanaians. I am asking the people of Ghana to assess me on the basis of my record, and, if they were satisfied with it, they should give me an opportunity to do more for them by voting for me.”

The President told the gathering further that “I am a man of my word. I did not come to deceive anyone, and that is what has given me the courage to seek your support in the upcoming elections.

This is what will strengthen me to consolidate the gains chalked in my first term.”

These Twin Sisters Graduated At The Top Of Their Doctoral Program

Donald Trump Has Been Even Worse Than Everyone Expected