NBA All-Star and Denver Nuggets player Paul Millsap has teamed up with PGA REACH, the nonprofit arm of the PGA of America, to help bring diversity to the game of golf. It was announced Wednesday that Millsap is the first-appointed ambassador for PGA WORKS, a PGA REACH initiative designed to create a pipeline for diverse talent to gain access to career opportunities in the golf industry.

“I am honored to be selected as the first-ever PGA WORKS Ambassador,” said Millsap in a statement sent to BLACK ENTERPRISE. “I am extremely excited to help elevate PGA WORKS programming, which highlights a path to a career in the golf industry.” To help diversify the sport, PGA WORKS will leverage fellowships, scholarships, career exploration events, and the PGA WORKS Collegiate Championship in order to inspire and engage underrepresented communities.

Millsap will also launch a golf academy under the umbrella of CORE4, a prep academy school and state-of-the-art basketball training facility that he co-founded with his three brothers in Atlanta. Through the CORE4 golf academy, students will be exposed to careers in the golf workforce and pathways to PGA membership. According to the power forward, the mission of PGA WORKS “aligns perfectly” with the CORE4 mantra: “the power of 4: character, community, commitment and competition.” 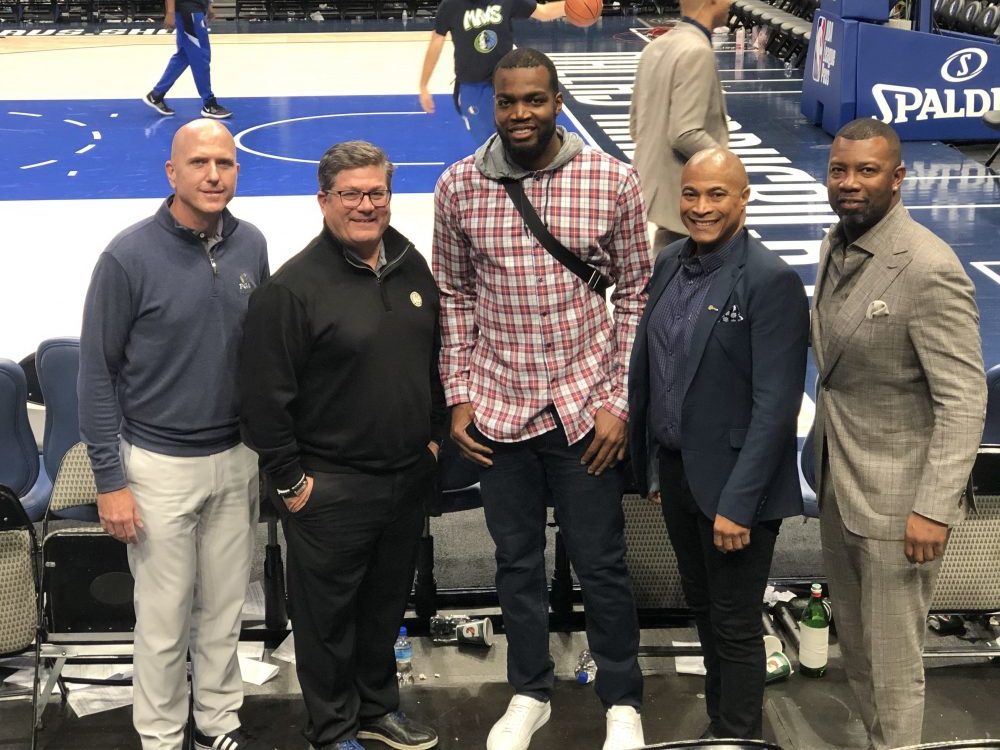 In addition, Millsap and CORE4 will fund a PGA WORKS fellowship in the Georgia PGA Section, where fellows will learn first-hand what it’s like to work in a paid entry-level position for one year. “Golf is definitely a sport that is on the rise and I want to be part of adding diversity to that sport,” Millsap told BE. “A lot of people of color don’t know too much about it or are scared to get involved with it.”

“PGA WORKS is positively impacting the composition of the golf industry’s workforce,” said PGA of America Chief People Officer Sandy Cross. “As we move our mission forward, it is very powerful for us to align with professional athletes like Paul Millsap, and his organization CORE4, who are equally committed to connecting talented individuals from diverse backgrounds with career opportunities in the golf industry.”

Millsap, a graduate of Louisiana Tech University, signed a three-year $90 million contract to play for the Nuggets in 2017. He previously played for the Utah Jazz and Atlanta Hawks.

“His accomplishments on the basketball court are well documented. Yet, the programs he and his family at CORE4 have built for youth in underserved communities to benefit from education and life skill development are incredibly inspiring,” said PGA REACH Senior Director Ryan Cannon. “We are excited to align these goals with the mission of PGA WORKS.”

Presidency Reacts on US plan to impose travel ban on Nigeria

Give Chocolates As 'Gift Of Love' On Special Occasions'

Give Chocolates As 'Gift Of Love' On Special Occasions'