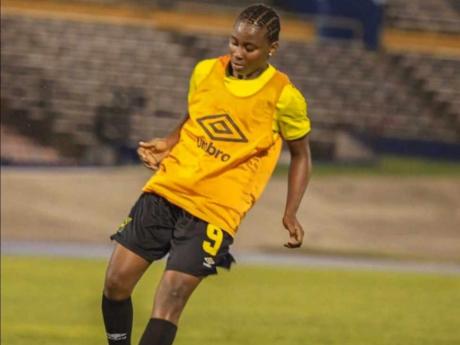 The woman accused of killing national footballer Tarania Clarke has remanded in custody.

Twenty-year-old Russelle Foster, a customer service representative of Lockey district, Brandon Hill in St. Andrew, is the person charged with Clarke’s murder by the police.

She appeared before the court on Wednesday, November 13, and the matter was put off until Monday, December 9, when her case will again be mentioned. Foster will remain in custody until the hearing.

Clarke was killed on October 31. The police said that the footballer and Foster had a dispute over a cellular phone in Half Way Tree, St. Andrew, when a knife was used to stab Clarke. She was taken to the hospital where she was pronounced dead.

Clarke, also called Plum Plum, last represented Jamaica in the Caribbean leg of the Olympic qualifying tournament in late September, scoring her first senior goal in the 10-1 win against Cuba at the National Stadium on September 30.

She was also a part of the senior team in the lead up to the 2019 FIFA Women’s World Cup in their game against Nottingham and wore the national colours in Peru at this summer’s Pan American Games.

How To Get A Business Credit Card

How To Get A Business Credit Card