The coach of the NSW origin team has vowed to stand behind Indigenous Blues players who wish to stay silence when the national anthem is played at 2020 games.

Six Aboriginal superstars made headlines in 2019 for refusing to sing the Advanced Australia Fair during Origin games because it fails to represent their culture.

Coach Brad Fittler said he would support his players and acknowledged there are issues with the anthem that create a divide.

‘Our anthem, it definitely needs work,’ he told The Weekend Australian on Friday. 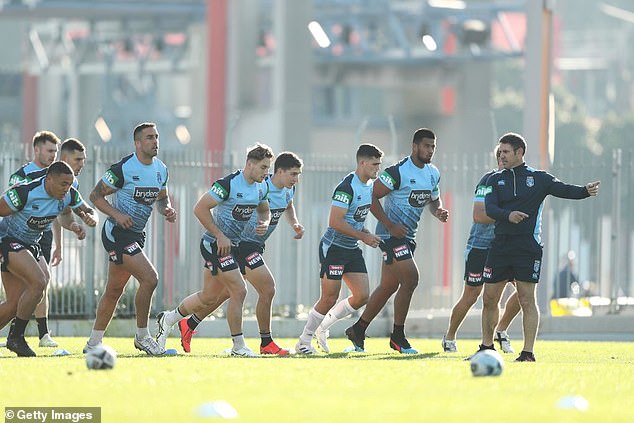 ‘I also think our anthem could improve. I’ve got my own opinions on it — which I will give at some stage in the future — but I definitely think it could improve without doubt.’

Fittler added that other countries around the world are united by their national anthem but in Australia it is noticeably different.

‘You go to any venue around the country and three-quarters of the people aren’t singing. I’ve been to stadiums in England where you can’t hear yourself think when their anthem is sung, people really are that loud,’ he said.

Fittler’s statement comes as Roosters premiership star Latrell Mitchell suggested the Blues ‘went funny’ on indigenous players that protested during the Origin round one. 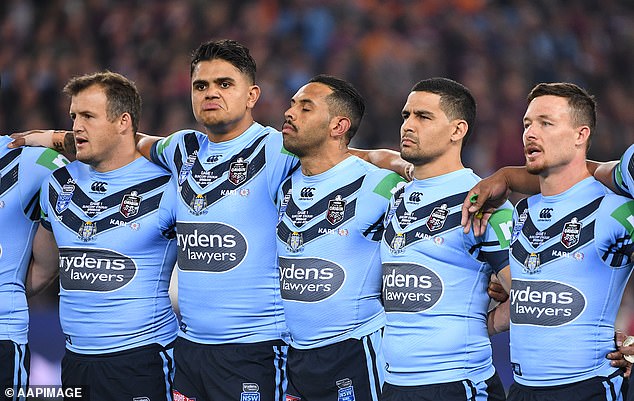 Blues players Josh Morris, Latrell Mitchell, Josh Addo-Carr, Cody Walker and Damien Cook are pictured (left to right) during the Australian National Anthem prior to the first game of the 2019 Origin series at Brisbane’s Suncorp Stadium

The explosive claims during an NRL.com interview came after Latrell Mitchell and Cody Walker sat out the anthem.

Both players were dropped after game one.

Fittler said Mitchell, Walker, and Addo-Carr addressed the team before the Origin I game to explain why they would remain silent, which was warmly received.

Major sporting events traditionally begin with a rendition of the national anthem.

Earlier this month it was announced the chant could be dumped from the ceremony for next year’s indigenous NRL all star game in the aftermath of the origin strike.

The 2020 State of Origin will kick off on Wednesday 3rd of June at Adelaide Oval. 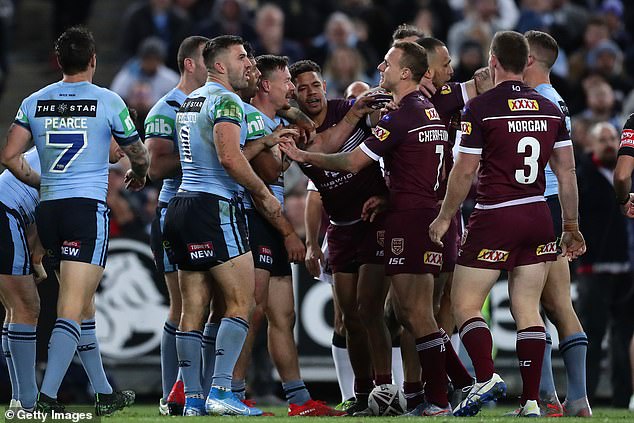 What is Aboriginal English?

What is Aboriginal English?