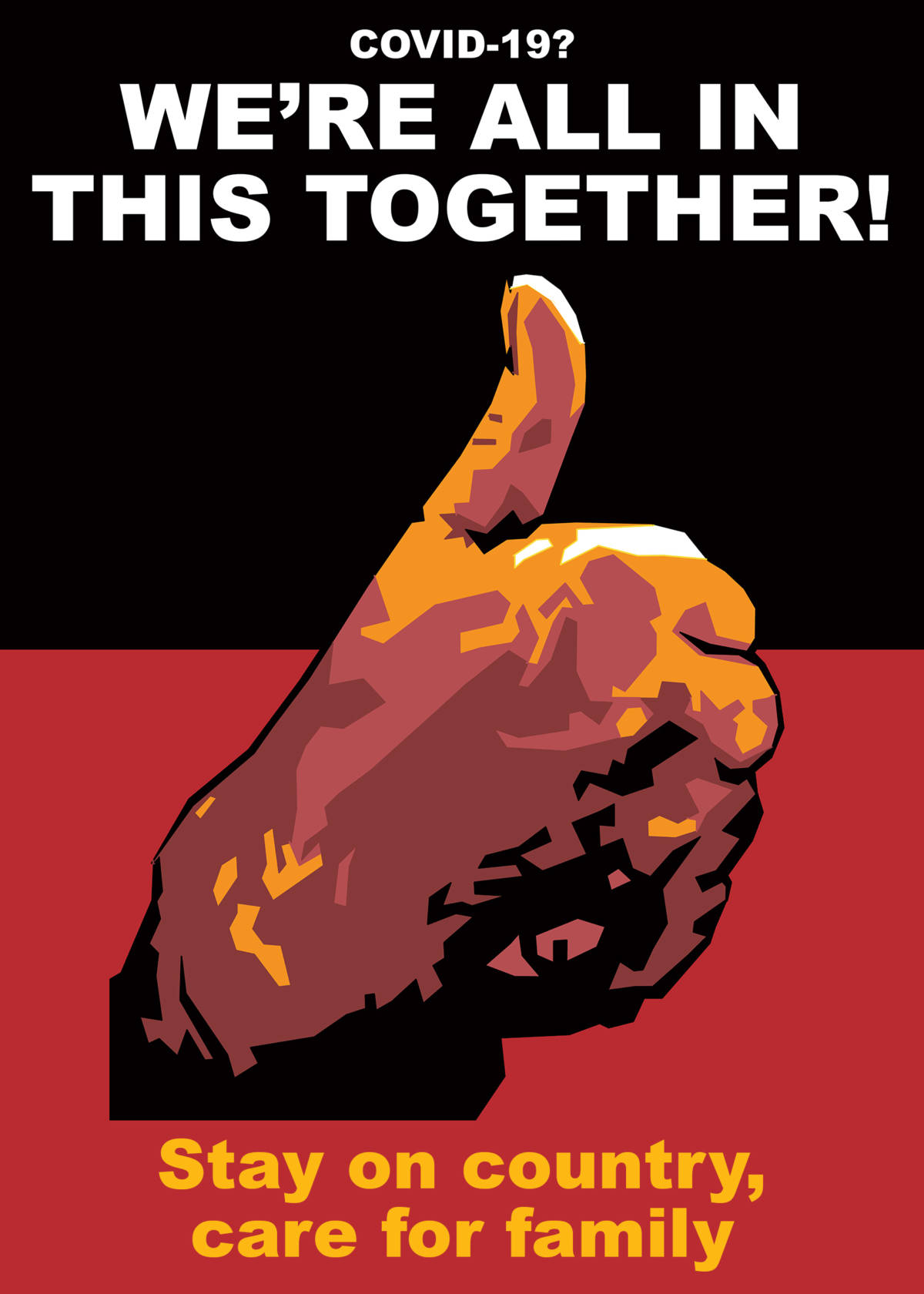 We do need an uplift at this trying time of our lives. First Nations art and its artist creators are no different. So, credits go to Dallas Gold of, as far as I can tell, the still-open Raft Gallery in Alice Springs:
“In the face of a fraying society we can rest assured that there are few certainties; we are still on a planet orbiting a star in an expanding universe – it will all end eventually – and art still makes absolute sense. So I am still going through the motions for as long as I can”.

Almost as positive, D’Lan Davidson, who just escaped the New York debacle in time after his secondary market Emily and Papunya show there:
“Looking forward, we’ll focus on keeping the market strong by promoting the critically important work of the primary market.  We’ll be sending an email mid-month highlighting the art centres and primary galleries that do so much to support their Indigenous artists and communities. With many artists returning to country to keep themselves safe during this unprecedented time, we can expect a new burst of creativity from this most important market – definitely something to look forward to”.

With the Uluru Park closed, I suspect the Mutijulu community is almost as good as being On Country these days. And the artists there have leapt into action to create works that attempt to explain Covid 19 to their fellow Anangu. “We called a meeting straight away when we heard about coronavirus so that Anangu could speak about how they were feeling about it,” interpreter Kathy Tozer told the ABC. “One of the things that came up was that they wanted to put messages out around the community to let all the people in the community know that you shouldn’t be travelling and all of the safety messages”. Seven artists have now painted their messages on to canvases.

“They are hanging in different places around the community,” Ms Tozer said. “[In] the store, next to hand washing station, in the clinic, in the job network … so that people can see messages in their own language and in their own iconography.”

Having never seen an image of what the virus looks like, the artists used their imaginations to translate it into dot art form. “That’s just how our minds work,” Polyanne Mumu said.
Elizabeth Wilson painted about the dangers of her community making physical contact with tourists. “Because even though it seems invisible, we can still catch it from those tourists that are coming from other parts of the country and the world”.

Clearly, their Walkatjara Art Centre is open for activity. But it would seem that north of Alice Springs, they’re taking a different view: Warlukurlangu Artists, one of the nation’s largest art centres with approximately $2 million paid to 825 artists in the Yuendumu and Nyirripi communities in the 2018/19 year, closed its doors on Friday 20 March, and its six workers were sent home. As a result, their two communities are facing a loss of income of $40,000 per week with no way to replace it. I wonder who decided Warlu should close??

Meanwhile, on the commercial front, Brisbane’s FireWorks Gallery says it is maintaining the necessary precautions as advised by the Queensland & Australian Governments. “The Gallery has ample room for viewing exhibitions & stockrooms and continues to operate within normal trading hours”. Sydney galleries, however, such as Cooee and Utopia are closed, offering ‘Painting of the day from a distance…’ at Cooee and an online vernissage at Utopia. Similarly closed is Singapore’s Redot Gallery, offering online sales and promising: “whatever sells we will purchase a replacement work from the artist’s community to try and keep a flow of funds happening to them at this critical time”. Short Street in Broome offers only “ We will also be posting video and still footage of our exhibition works on our social media accounts to bring a little bit of the joy of art to your lounge rooms”.

In WA, Japingka Gallery has had to postpone what they believed would be “one of the great Indigenous Art Events on the 2020 calendar”. In conjunction with Roslyn Premont’s Gallery Gondwana, they were going to mount “a major Retrospective/Exhibition of the life and work of the very highly acclaimed, award winning, late, great Warlpiri Artist, Dorothy Napanagardi”.

Finally, confusion in Darwin. The Darwin Aboriginal Art Fair seems to think nothing much is happening (despite the Territory’s borders being closed), and they’ve announced that the inaugural National Indigenous Fashion Awards will continue to have its award ceremony on 5 August 2020. Meanwhile, the contemporaneous Telstra NATSIAAs has already cancelled its Award Ceremony that customarily takes place on the front lawn of the NT’s Museum and Art Gallery in August. And this year’s exhibition, planned to run from 8 August until 31 January 2021, “may be subject to change in response to changing circumstances arising from the Covid-19 pandemic”.

Despite this, the finalists have been chosen from the 238 entries received at MAGNT.

Worryingly, MAGNT is one two organisations who play a serious role in supporting Indigenous art-making who have not been funded for 4 more years by the Australia Council. The other is Cairns-based Umi Arts. They both receive just 70% of a single year’s funding. Meanwhile, better news for the five First Nations visual arts groups who did get four-year funding – Anangaku Arts, ANKA, CIAF, Desart and the NPY Women’s Council; or at least 70% of it, as everyone it seems has to take a cut in hard times. No mention of the other art-centre facilitator organisations, ACHWA, IACA or the APY Art Centre Collective. 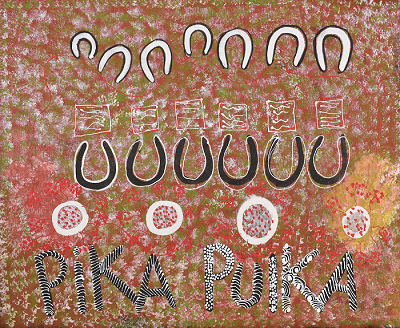 Elizabeth Wilson’s painting with tourists on one side, canvases in the middle, and artists on the other. Behind the artists, unknown to them, is the virus 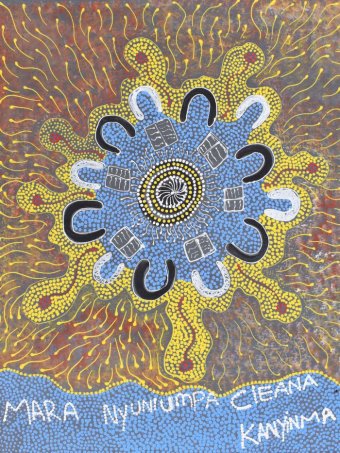 Pollyanne Mumu’s canvas represents a group of Anangu together with health staff.