An Australian online business has under international fire from Hindu leaders for selling a ‘highly inappropriate’ product featuring its God the Lord Ganesha.

Universal Society of Hinduism President and statesman Rajan Zed also requested a formal apology from the home furnishings retailer, which has since expressed its sincere remorse.

The ‘Indian God Ganesha Elephant Bath Mat Set’ depicting the images of Hindu deity Lord Ganesha which sold $45 online has been taken down from the website and its online stores.

Mr Zed said the highly respected Lord Ganesha was worshipped in temples and home shrines, not to adorn toilet seats or for people to put their feet on.

‘Inappropriate usage of Hindu deities or symbols or concepts for commercial or other agenda was not okay as it hurt the faithful,’ he said in a statement.

‘Hinduism was the oldest and third largest religion of the world with about 1.1 billion adherents and a rich philosophical thought and it should not be taken frivolously,’

‘Hindus were for free artistic expression and speech as much as anybody else if not more,’ he added.

‘But faith was something sacred and attempts at trivializing it hurt the followers.’ 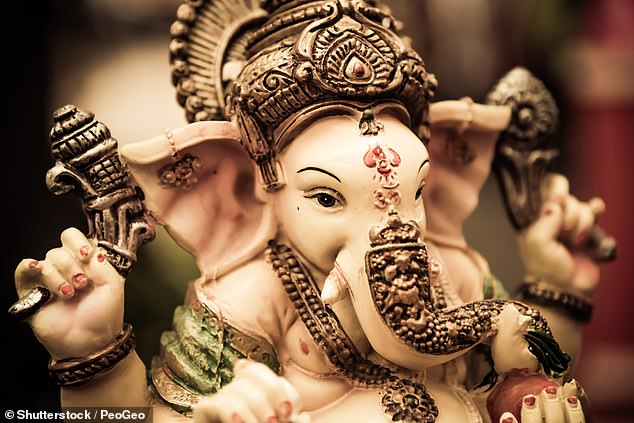 My Diva Baby owner Krista Bridge has since expressed her sincerest apologies and insisted it was never her intention to cause any offence.

‘All Ganesha related items have been removed from the My Diva Baby website and Etsy,’ she told Daily Mail Australia.

My Diva Baby sells bedroom, window, bathroom  furnishings with an aim to ‘to bring a little piece of happiness into everyone’s home’.

‘My Diva Baby will eventually expand into supplying other items, however we are just starting so trying not to diversify to much at this stage,’ the website states.

Law and Order? Yes, Please [with comment by Paul]

Law and Order? Yes, Please [with comment by Paul]