THey were not at his wreath-laying ceremony at the Bacolet gravesite of former prime minister and president ANR Robinson to commemorate the 30th anniversary of the July 27, 1990, attempted coup.

Eversley also said he was saddened by the condition of Robinson’s grave, which was smeared with rodent droppings and surrounded by overgrown grass.

The Division of Culture, Tourism and Transportation announced on June 10 it intends to make the site into a historical attraction.

Robinson was prime minister and leader of the National Alliance for Reconstruction government in 1990 when Jamaat al Muslimeen insurgents stormed the Red House, the seat of TT’s Parliament, and held the members of the Cabinet hostage.

Yasin Abu Bakr led the attempted coup. The insurgents also took hostages at Trinidad and Tobago Television, the country’s only TV station at the time, and carbombed the police headquarters.

Eversley, who was in the Red House at the time of the attempted coup, made his annual walk from the ANR Robinson International Airport to the Bacolet gravesite to highlight again the significance of the event in the country’s history.

This year, he was accompanied by Progressive Democratic Patriots leader Watson Duke, who is contesting the Tobago East seat in the August 10 general election.

Speaking to reporters before laying the wreath, an emotional Eversley said he had invited Dr Rowley and other Tobago officials to join him.

“I want to ask the Chief Secretary Ancil K Dennis. I hand delivered a letter to your office a month now.

“I want to ask the (former) MP for Tobago East (Webster-Roy), ‘Do you know that the man (Robinson) who said, ‘Attack with full force,’ represented your constituency where you are the MP?”

He said he had also delivered a letter to Webster-Roy’s office a month ago. Webster-Roy is seeking a second term as Tobago East MP.

Eversley said Cudjoe, who is also seeking another term as the Tobago West MP, also did not respond.

“I want to ask the minister and the MP for Tobago West Shamfa Cudjoe, what example are you all setting for Tobago youths when it comes to July 27, 1990?”

He said he had also hand-delivered a letter to Rowley’s office two months ago.

“This is the fifth year I have been writing Dr Keith Christopher Rowley, and I never get a reply.”

Eversley wondered if the fact that Robinson had ceased to be a PNM supporter was why they has decided to not support the walk and wreath-laying ceremony.

Eversley said Duke is the only Tobago politician who responded to his call. He urged Duke to support the observance if he becomes the Tobago East MP after next month’s election.

“I want to make a special plea to you as a Tobagonian (I am not a Tobagonian): when you enter into that Parliament – because the same seat you are fighting for, Tobago East (Robinson also represented the seat) –for God’s sake, I cannot take this burden any more. I cannot carry it alone.”

Eversley declared he will no longer invite the Prime Minister, President or Opposition Leader to the event.

“I am going to form an organisation on my own and I will call on certain individuals.”

He said nobody cared about the impact the attempted coup had had on the country.

“The darkest hour in our country, and nobody seems to care. But you know, when July 27 come around, the media will entertain Abu Bakr. He will get the most airplay.”

Bakr recently apologised in an affidavit for the pain and trauma caused by the attempted coup. 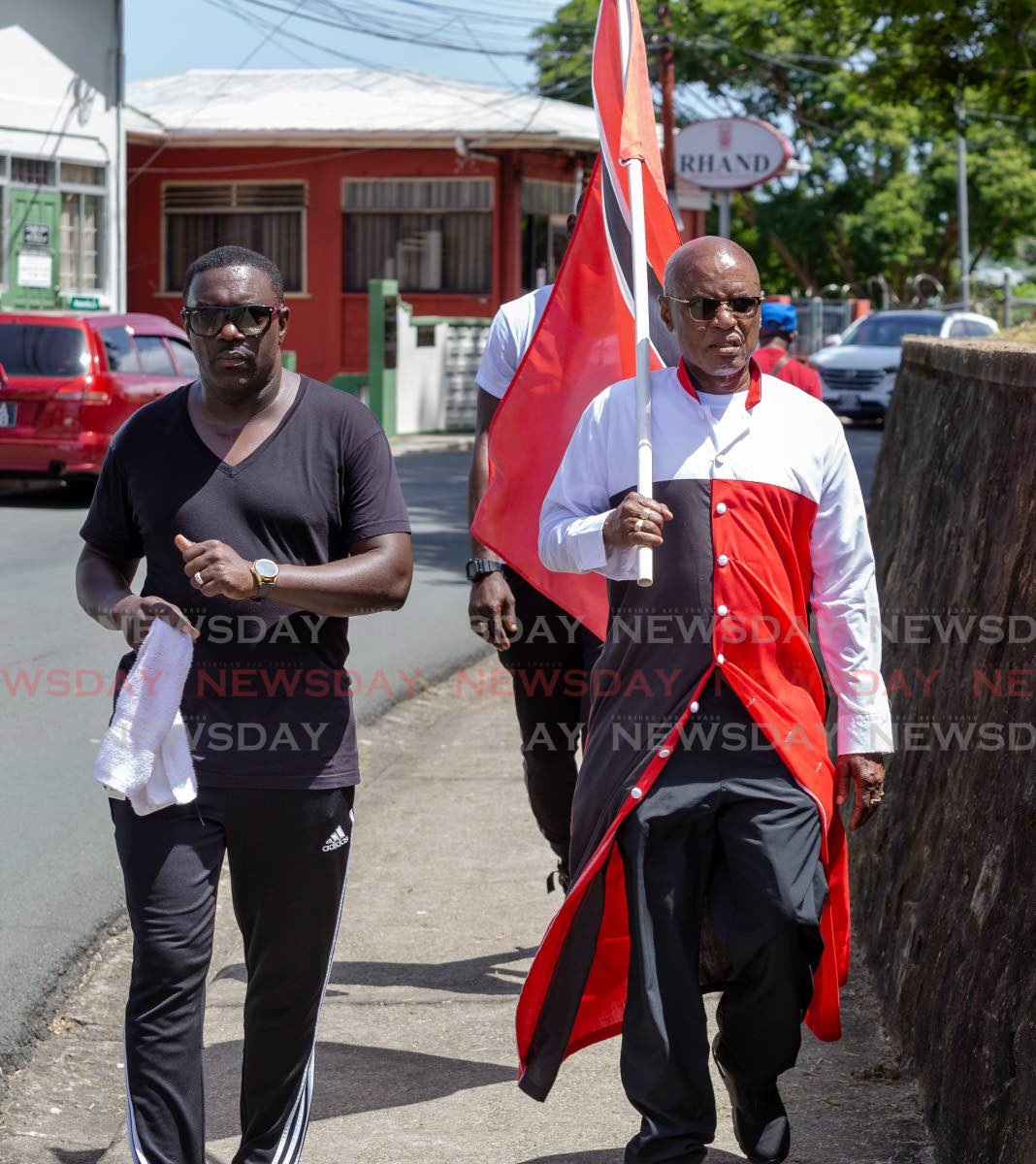 GJA To Open Book Of Condolence In Memory Of Dr. Doris Dartey

GJA To Open Book Of Condolence In Memory Of Dr. Doris Dartey

Missing Cubans make it to Cancun