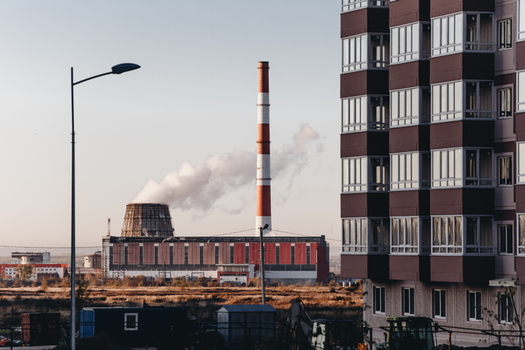 A new poll finds fewer than four in 10 Caucasian adults are aware that both Latino and Black communities face more pollution than does the general population. (Adobe stock)

RICHMOND, Va. — While high pollution often is found in Black and Brown communities, a new poll shows many white Americans aren’t aware of this gap.

In Virginia, the majority-minority area of Charles City County already is home to a landfill with plans to build two fracked gas-fired power plants.

Faith Harris, interim co-director of the group Virginia Interfaith Power and Light, said many white Virginians don’t know about the environmental struggles in the county because of segregation and lack of education. She said the power plants pose a perfect storm of pollution for a historically African-American community.

“This community is way overburdened with these air-quality issues as well as possible water-quality issues because of the pollution that would come from all of this concentrated industry,” Harris asserted.

The national poll, conducted by the Environmental Defense Fund (EDF), showed 60% of Black respondents say they’re very concerned about air pollution in their communities versus 32% of white respondents.

Elise Nelson Leary, EDF manager of campaigns and partnerships, noted the survey also found 51% of Black people and 48% of Latinos polled think environmental injustice is a major problem in the United States, yet only 33% of Caucasian respondents agree.

“We wanted to use this poll to get a pulse of how people were seeing these issues,” Leary explained. “And so this poll really again was to collect that data and to really understand how we can better talk about environmental justice. “

The poll showed Black and Latino respondents are also more concerned about climate change and its impact on the economy than are Caucasian respondents.

Almost 70% of Black and Latino respondents said climate change is a major problem, compared with 51% of white people, a 14-point difference.

Disclosure: Environmental Defense Action Fund contributes to our fund for reporting on Energy Policy, Environment, Environmental Justice, and Health Issues. If you would like to help support news in the public interest, click here.