Beyoncé’s highly-popular clothing line with Adidas, Ivy Park, has already sold out, but there is another way for fans to get items that look very similar.

Popeyes, the fried chicken chain, has released a limited-edition clothing line collection of jackets, tops, and hats with similar branding to the uniform their employees wear. The website, ThatLookFromPopeyes.com, has models sporting Popeyes Uniform Hooded Jacket and Uniform Orange Cap in a similar style to the Beyoncé Ivy Park campaign.

Many of the Popeyes Uniform items are also sold out.  Items like the Crewneck T-Shirt and Sweatshirt can only be found on the secondary market. 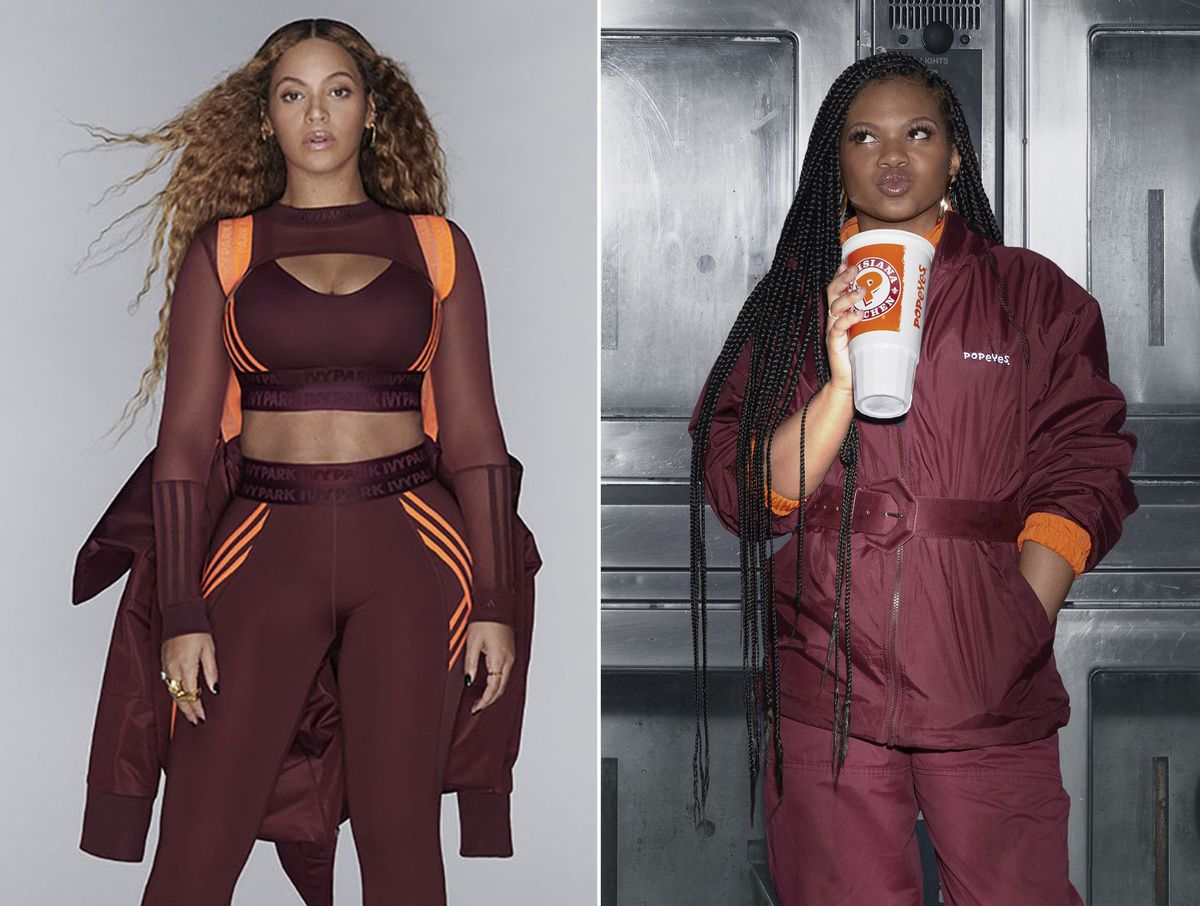 Beyoncé built buzz for her Adidas collaboration by sending out boxes filled with orange and maroon clothing items to celebrities and influencers.

“My team has worked hard with the Adidas team in bringing my vision to life for this first collection and I am grateful and proud. From the accessories to the clothes and footwear, I wanted to design and re-imagine pieces that serve as favorite armor for anyone who acknowledges the strength in their individual style and lives freely and boldly,” said Beyoncé in a press release.

“Adidas is the creator’s brand and has always championed the creative mindset,” said Torben Schumacher, general manager adidas Originals and Style. “With Beyoncé we have the shared goal of putting creativity at the forefront of everything we do to go beyond what we’ve done before and create something entirely new. The first adidas x IVY PARK collection unites the vision of Beyoncé with adidas’ expertise and authenticity in sport and innovative design; the undeniable work ethic and steadfast point of view of Beyoncé shows through in every detail within the collection.”

Savvy Twitter users quickly noticed that the Ivy Park color scheme was the same as the Popeyes brand colors. Popeyes, not one to miss out on a social media trend after the viral success of the spicy chicken sandwich, quickly jumped in to take advantage.

Goldman Targets $125B In Deposit Balances

Goldman Targets $125B In Deposit Balances