It’s early in the morning at Boronia Pre-release Centre for Women in the south of Perth, and prisoners dressed in grey and black uniforms are filing into a classroom.

Written on a whiteboard at the front of the classroom are the words moort, ngangk and koorlangka, from the Noongar language of Western Australia’s southwest, meaning ‘family’, ‘mother’ and ‘children’.

The centre, which prepares women for re-entry into the community, has been chosen as the trial site for the Western Australian government’s new Aboriginal Languages in Custody program.

The program was launched earlier this month during NAIDOC Week, and the first class was held at the centre a week later. 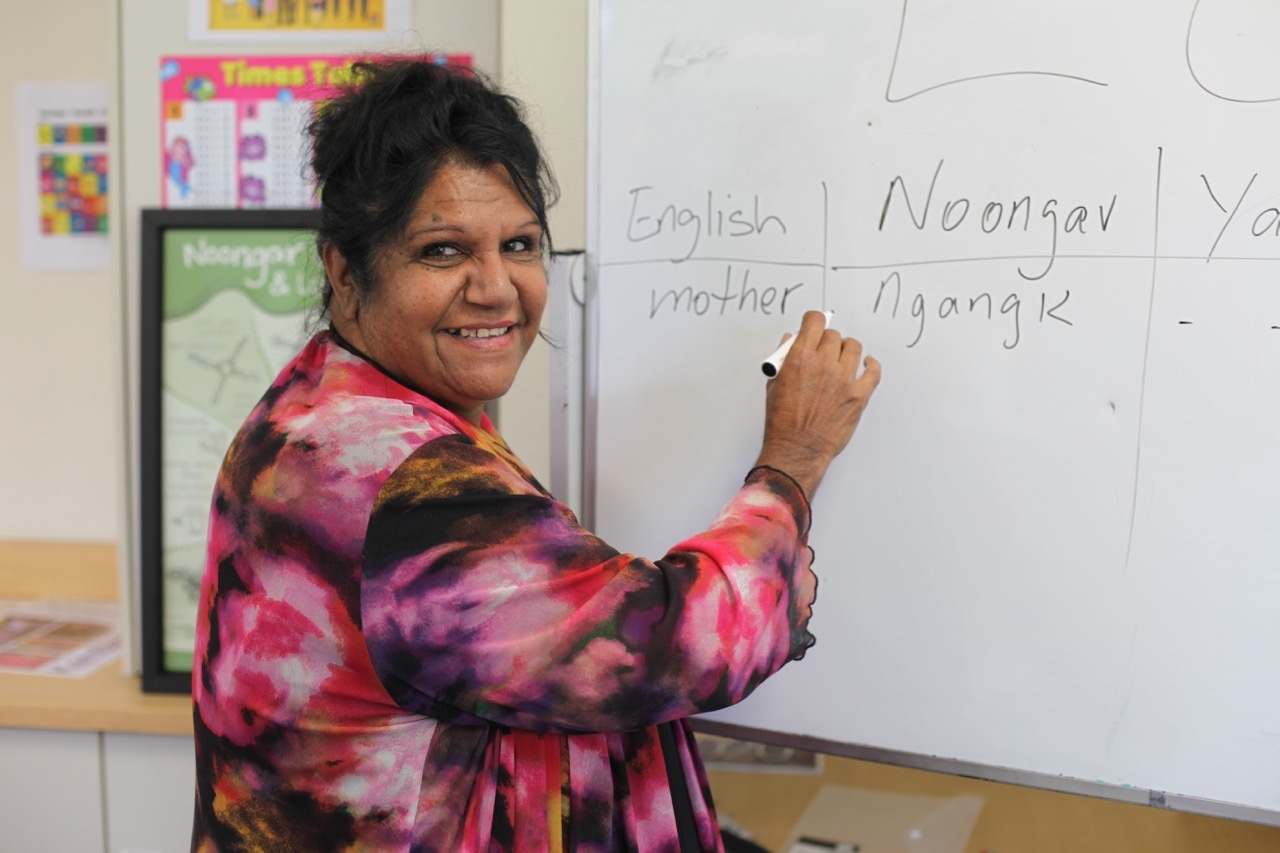 “They learn about Noongar words that relate to kinship … they can tell stories or sing songs in-language that relate to their families,” senior linguist and Noongar woman Denise Smith-Ali, who runs the class, tells SBS News.

“At the same time, we look at how kinship structures work, being separated from family, and try to link that back together.”

Any prisoners can take part in the five-week program, regardless of background, and different languages will be taught in other regions in partnership with local language centres when it is rolled out further, first to Hakea Prison in January 2021, and then across the state.

This class of about 20 students are of all ages and will all soon be released after completing varying sentences.

Emily* is a Yamatji woman in her 20s, who will be released next year after serving nearly six months in prison. She is enthusiastic about being able to take part in the program.

“Just learning your connections and your roots from where you came from and the changes that our Aboriginal people have been through,” she says. 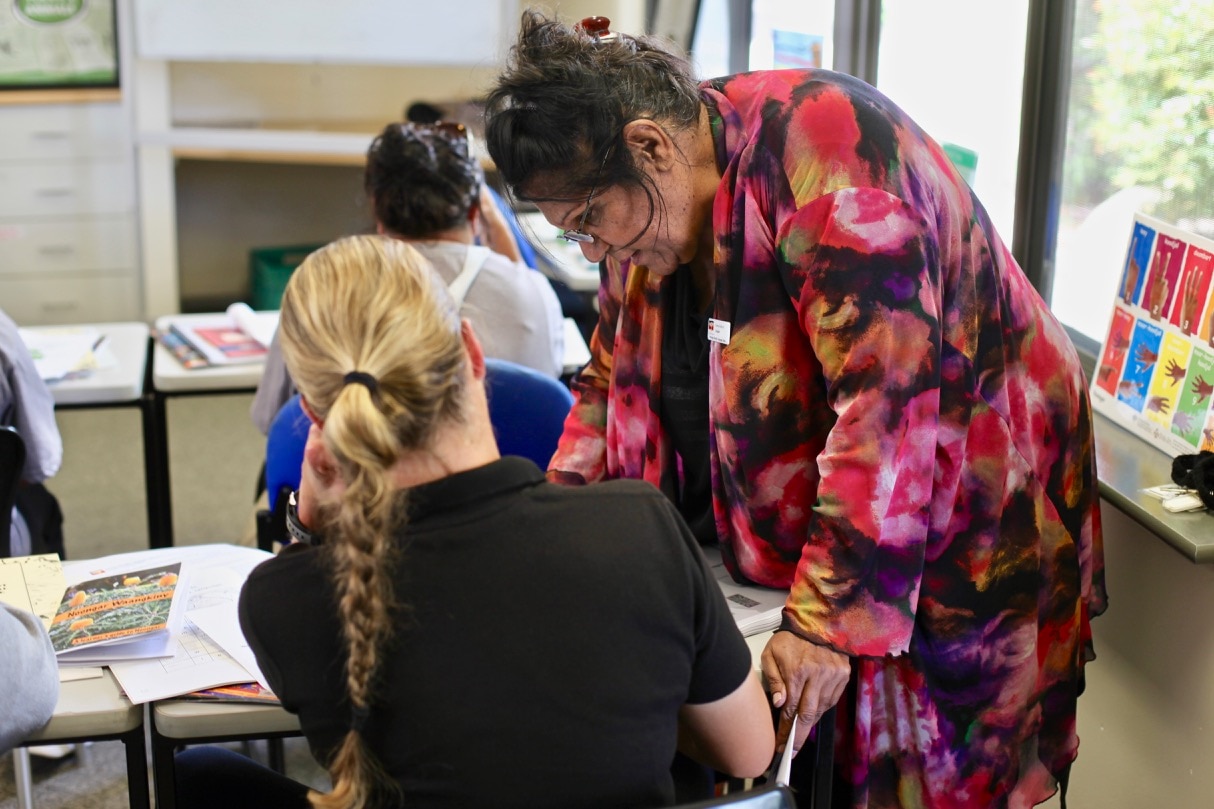 About 20 students are taking part in the trial program.

Ms Smith-Ali has researched the Noongar language for 20 years and been a qualified linguist for a decade. She has authored 58 books and worked with many senior elders across the 14 clans of the Noongar nation.

She says the Noongar program has been designed not just to teach a language, but to use culture to address intergenerational trauma. Many of the women at the centre have a history of trauma.

“When they are out of prison later, they can teach their own individual families about how to do that research, which is a very strong connection to their own land and their own identity.”

“They will also find out their totems, their heritage names. They will know the place names of where they come from.” The Languages in Custody program has been created and delivered by the Perth-based Noongar Boodjar Language Cultural Aboriginal Corporation (NBLCAC). 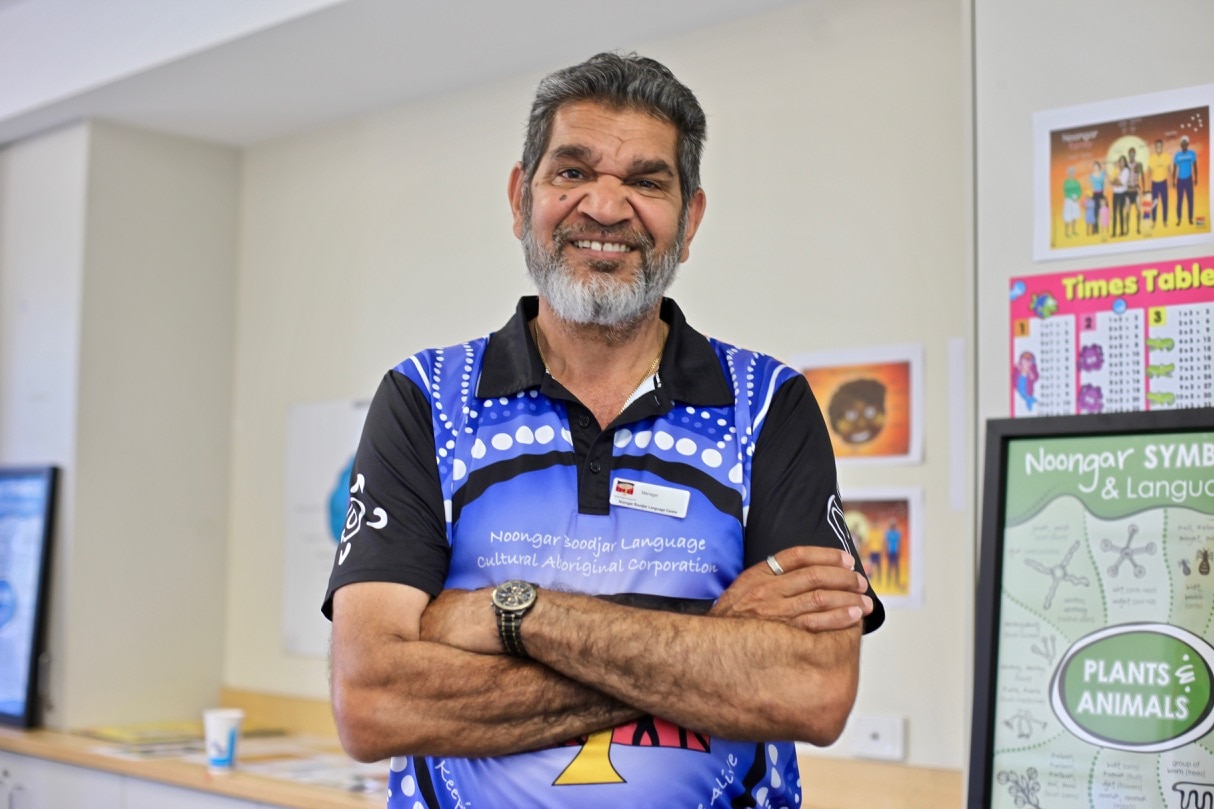 George Hayden says those in prison are part of the community.

Mr Hayden, a Ngadj Ndadji Noongar man, was raised on a reserve near the WA mid-west town of Merredin.

“When I go back home to country, I’ve got to speak language to my ancestors. That’s why I think language is important to all Indigenous people across this nation,” he tells the women in the Boronia class.

“But for us in southwest WA, our language was taken away. Our elders weren’t allowed to speak our languages or practise culture because of past policies. The program will expand to all WA prisons in 2021.

“She came to me and suggested that we have many Indigenous people locked up in Western Australia and a lot of them don’t know their language. Why don’t we use their time productively, as part of the rehabilitation process?” Mr Logan says.

“[It] is such a simple and obvious idea, but one that has never been tried.”

After the idea was proposed, the state’s Department of Justice held stakeholder sessions with language centres and prisoners. Rhodessa Krakouer, a Noongar woman and projects directory with WA Corrective Services says: “Initially, it was about having conversations with the community … culture is really important, but at the heart of culture is language.”

“When a person learns the language of the lands they’re on, it’s powerful.”

The program has been funded for two years at a cost of $300,000, with a pledge by the state government to provide ongoing funding for what it says is a first in Australia.

“This program will continue, it will exist, and hopefully, it will get the benefits for the individuals that we hope for,” Mr Logan says.

*Not her real name