On Monday, Earl G. Graves Sr., founder and publisher of BLACK ENTERPRISE, died at the age of 85. Yet, his legacy lives on as the company celebrates 50 years of uplifting the community and telling black stories about wealth and equity. His legacy is one that also lives throughout the black community.

Since 1970, BLACK ENTERPRISE has amplified the voices and told the stories of black businessmen and women who might otherwise not have been sought out by editors of other publications. Graves’ vision as a pioneer of black business reporting is what connected people all over the world. In addition to his philanthropy, he created culturally enriching events where professionals could connect as well as lifting others as he climbed.

In his passing, those whose stories were originally told by BE and others who have been impacted by his mission of creating wealth for life are paying tribute to his life well lived.

Congresswoman Maxine Waters (CA-43), chair of the House Financial Services Committee, remembers Graves as a devoted friend and a trailblazer.

“I am fortunate to have known Earl Graves, Sr. for many years, and I consider he and his late wife, Barbara Kydd Graves, dear friends. Together they founded the first and most successful magazine on African American entrepreneurship, Black Enterprise, which absolutely leveled the playing field for men and women of color in business. It is because of Black Enterprise that our community has had the ability to impart wisdom and share resources about wealth building, financial literacy, and entrepreneurship in this country, and we owe a debt of gratitude to Earl and Barbara for having the foresight and willingness to found and lead such an important publication that has thrived for 50 years.”

She went on to say, “However, Earl Graves’ willingness to serve and uplift his community was not limited to his magazine and multimedia company. He wrote the playbook for African American entrepreneurs and executives in his book, ‘How to Succeed in Business Without Being White.’ He leveraged his position on the boards of many large corporations to fight for increased contracting opportunities for minority-owned businesses. He advocated for increased diversity in the c-suite. He uplifted the work of other African American entrepreneurs, and he was always willing to shine a light on the leadership of African American elected officials whose legislative work would otherwise have gone unrecognized.”

Early in business, Graves decided to collaborate with other media founders and companies. In doing so, he made countless deep connections and inspired a generation of leaders in the industry.

Bob Johnson, founder of Black Entertainment Television and founder and chairman of The RLJ Cos. is one of those leaders.

In a statement released by Johnson, he shared his profound appreciation for Graves.

“It is with deep sadness that I say goodbye to my friend and mentor, Earl Graves, Sr.  Every black entrepreneur and every black corporate executive who reached the pinnacles of leadership in corporate America owe a salute and tribute to Earl. Black Enterprise, under his founding leadership was, and still is, our bible; and its stories of our achievement are, in chapter and verse, our religion. His tireless advocacy of black businesses moved both the white and black business community to accept the fact that black enterprise deserves to stand shoulder-to-shoulder with American enterprise.”

Like ESSENCE, Black Enterprise has served at the forefront of Black business, news and entertainment for decades. Graves Sr., founded Black Enterprise in 1970 at a time when African Americans needed resources to survive and thrive on our own in this country. Black Enterprise was and is still considered to be the Bible for Black entrepreneurship, having inspired millions of Black Americans over the past 50 years to create companies and own their wealth.

Graves was a proud alumnus of Morgan State University who valued higher education and giving back to historically black colleges and universities. In fact, BLACK ENTERPRISE magazine was known for being the business publication of choice on many HBCU campuses. For many students, the magazine gave them their first glimpse of entrepreneurship and a clear picture of black excellence before the term was coined. 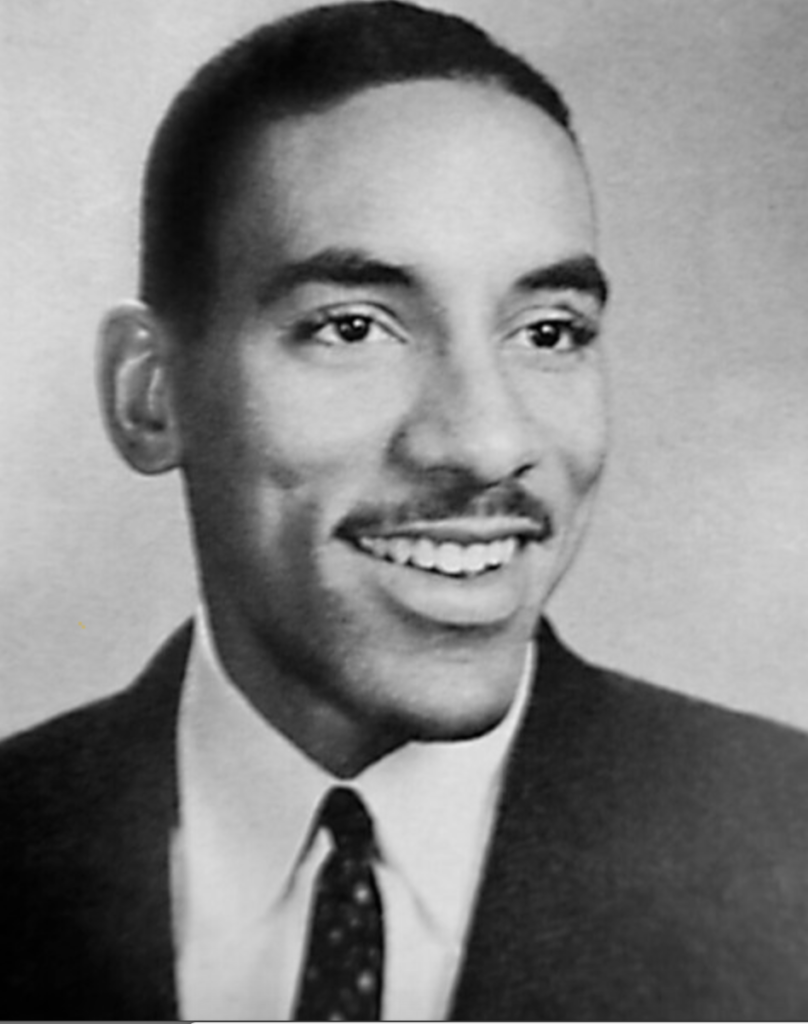 For many students at Morgan State, skimming through the pages of the magazine was a close second to spending quality time with Mr. Graves on campus.

Morgan’s President, David K. Wilson, remembers Graves as a sage and servant leader who was invested in the future of the university. In a letter to the school’s community, he wrote;

During my time at Morgan, I’ve had the opportunity to develop a very special relationship with the Graves family. And, over the years, my appreciation for what Mr. Graves means to Morgan, and my understanding of what his success has represented for so many of our graduates, have grown substantially.  Since matriculating at Morgan and graduating in 1957, Earl Graves embodied all of the values that we hold dear and true. He was one of ours: a quintessential Morganite held in the highest regard. Our hero!

And that love between alma mater and alumnus was not one-sided on. Earl Graves loved Morgan as much as Morgan loved him.

As I think fondly of the many positive interactions I had with Earl Graves, there is one that is always foremost among my memories. It occurred when I began my presidency at Morgan, during my inauguration ceremony. It is centered on a story he told of when each of his sons became of driving age and wanted to borrow the family car. He would advise each son that there were some things he needed to show him before he would agree to turn the keys over. One of those things was the full tank of gas, and the other was the absence of dents, as they inspected the vehicle. The expectation was that each would return the car in the same condition that he received it. To paraphrase what he said to me after sharing this anecdote, “Think of Morgan as being that car. And I’m turning this ‘car’ over to you with a full tank of gas, and no dents. Please take care of my alma mater. 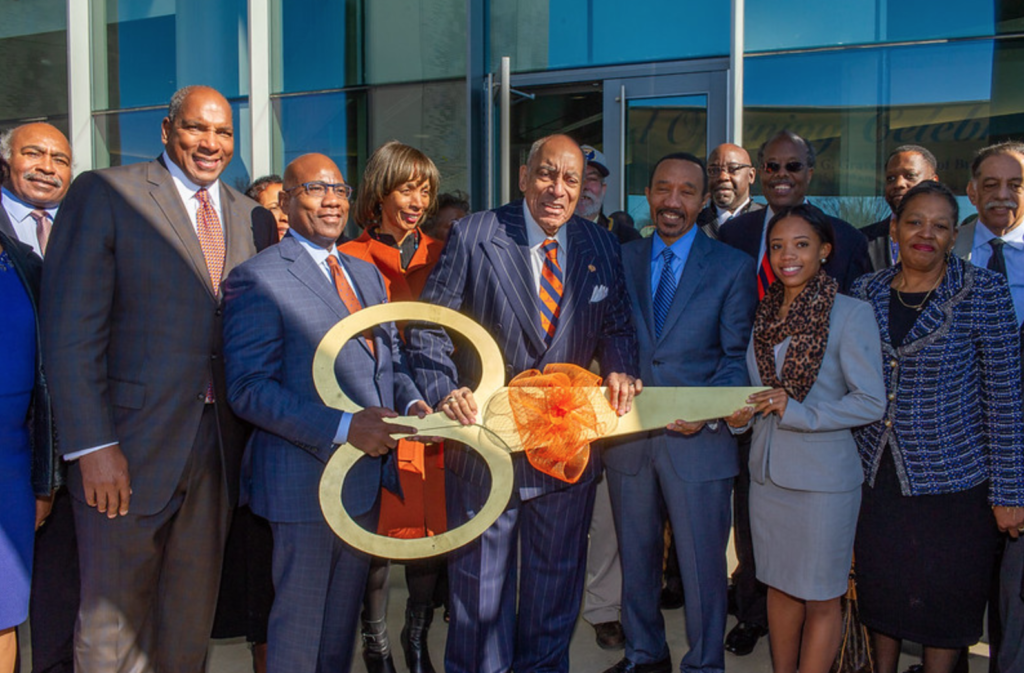 The impact that Graves had on the lives of many is felt near and far. As the world mourns his transition from this side of the earth, it is fair to say that the community and those committed to the advancement of black people will carry on his legacy.

Others Pay Tribute on Social Media

The life and work of #EarlGravesSr represent a blueprint for the @NatUrbanLeague‘s mission of economic empowerment for Black America. May he rest in power. pic.twitter.com/1ABYbj5NaW

“Education is the primary tool of emancipation and liberation in our fight for true equality in this country.”

A Pioneer. A Family Man. A Brother. Bro. Earl Graves, Sr. #omegachapter ?: @blackenterprise —- In 1970, Earl Graves Sr. launched Black Enterprise, a magazine that championed and chronicled the rise of African-American entrepreneurs in the United States. Through its pages, Black Enterprise or BE, provided the fledgling African American business owner a virtual roadmap on how to succeed in the mainstream and “achieve their measure of the American dream,” Graves said, according to his online obituary in Black Enterprise. On the evening of April 6, Graves, who was initiated into the fraternity through Pi Chapter on the campus of Morgan State College on Dec. 10, 1954, passed away following a longtime battle with Alzheimer’s. Graves was 85. For nearly 50 years, Graves served as the lodestar for generations of accomplished black business owners, civic leaders and community servants. He played a pivotal role in securing the presidential election of Barack Obama through his endorsement in the pages of Black Enterprise. Prior to that, Graves supported the presidential candidacy of Brother Jesse L. Jackson. #omegapsiphi #earlgraves #earlgravessr

Rest in power Mr. Earl Graves Sr ?? founder of Black Enterprise magazine and a pillar for black businesses. Such an honor to be on the cover of @blackenterprise – I will forever be grateful for his contributions to our community. I send my deepest condolences to the Graves family pic.twitter.com/UptXAlGg3V

Jill and I send our heartfelt condolences to the entire Graves family. As the founder of Black Enterprise, Earl Graves Sr. was a trailblazer in his own right, a leader in the American business community, and paved the way for many Black entrepreneurs to realize their dreams.

From The King Center:

We are grateful for the legacy, life and leadership of #EarlGravesSr and extend our heartfelt condolences to his family.

From a Morgan State University Alumnus:

#EarlGravesSr was so generous to us Morgan state students.. he gave us something to aspire to. May he rest in God.. pic.twitter.com/um75uJlrd4

From the National Association of Black Journalists:

We are grateful for the legacy, life and leadership of #EarlGravesSr and extend our heartfelt condolences to his family.

A man who helped define and document the strides Black people in American business, Earl Graves, Sr. passed away at 85 after a long battle with Alzheimer’s. A pioneer in business himself, @blackenterprise magazine is the Bible for business achievement for people of color. pic.twitter.com/R67HanniX3

From the National Museum of Civil Rights:

The Museum mourns the loss of African American business juggernaut Earl Graves Sr., the founder of Black Enterprise, a magazine considered the “Black Business Bible.” A 2013 Freedom Award honoree, he carved a path for success & a landscape of possibilities for all Americans. pic.twitter.com/ATpOjjB3C1

I am profoundly saddened to hear about the passing of Earl Graves, founder of Black Enterprise. Mr. Graves was a true giant, one of the greatest visionaries America has ever seen. Sending love and healing to his beloved son Butch and the entire BE family. https://t.co/2PALJklRc6

Very sorry to hear of the passing of Earl Graves, Sr. This photo was taken sometime in the 80s. I was hosting a local program in Detroit. He was a trailblazer, mentor, and role model to many. He was the best of a great generation and will be missed. RIP, Mister Graves. pic.twitter.com/bY0mRpcFyC

From a 1997 BLACK ENTERPRISE Kidpreneur: