‘Rio is just the tip of the iceberg’: First Nations groups call for strengthened cultural protections

“The legislation that exists for Indigenous cultural heritage is focused almost solely on what developers and miners need to do to be able to displace impact,” NSW Aboriginal Land Council CEO James Christian said.

“It’s about what I, as a company, need to do to get the legal authority to be able to destroy or displace or just desecrate these sites.”

“We’ve got it wrong. It should be focused on protection.”

Jamie Lowe, CEO of the National Native Title Council, told SBS News the scandal is a sign “the paradigm needs to shift,” within the resources industry.

“The way that our heritage and our artefacts are treated, even when they’re given approval to be disturbed, is incredibly disrespectful,” he said.

“We need a dramatic cultural shift within these blue chips, multi-million-dollar companies.” Protesters attend a rally outside the Rio Tinto office in Perth in June.

The ABC has reported mining companies Woodside Energy and Goldfields are reviewing their approvals for Australian mining sites, following the Juukan Gorge scandal.

“Rio is just the tip of the iceberg,” he warned.

The Act as it stands offers basic levels of protection for Indigenous sites, making it an offence to damage an Aboriginal site.

But Section 18 of the legislation allows parties to apply for ministerial consent to use land in a way which could damage it, with immunity granted from prosecution.

Since the law was passed in 1972, there have been more than 3330 applications for consent to potentially damage sites, and at least 914 applications have been approved. 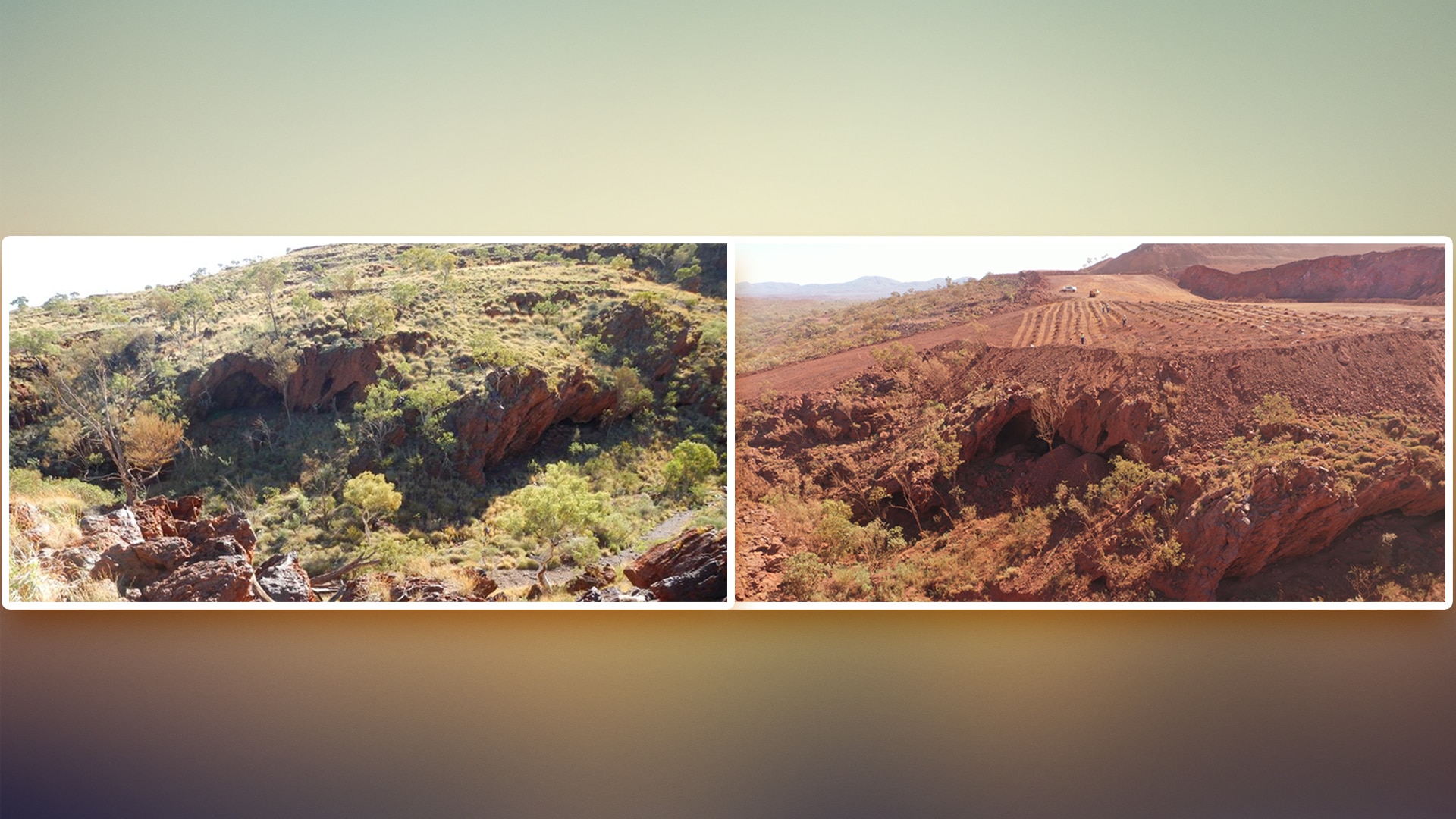 The before and after of Juukan Gorge following a legal mining blast conducted by Rio Tinto in Western Australia’ Pilbara region.

There have been just six prosecutions for damages to Indigenous sites since the law was enacted.

“It’s essentially referred to as an approval process, that’s how its largely characterised and seen in Western Australia.”

Mr Southalan said attitudes to protecting cultural sites in Australia are increasingly out of step compared to overseas.

For over a decade, The International Council of Mining and Metals has encouraged mining companies to gain the consent and support of Indigenous peoples before undertaking projects on traditionally owned land.

“In the more progressive parts of the industry, there is an acceptance that for areas of great significance and impact, if you don’t get the consent, then you don’t impact that,” Mr Southalan said.

“And that’s just not something we’re seeing Australia.”