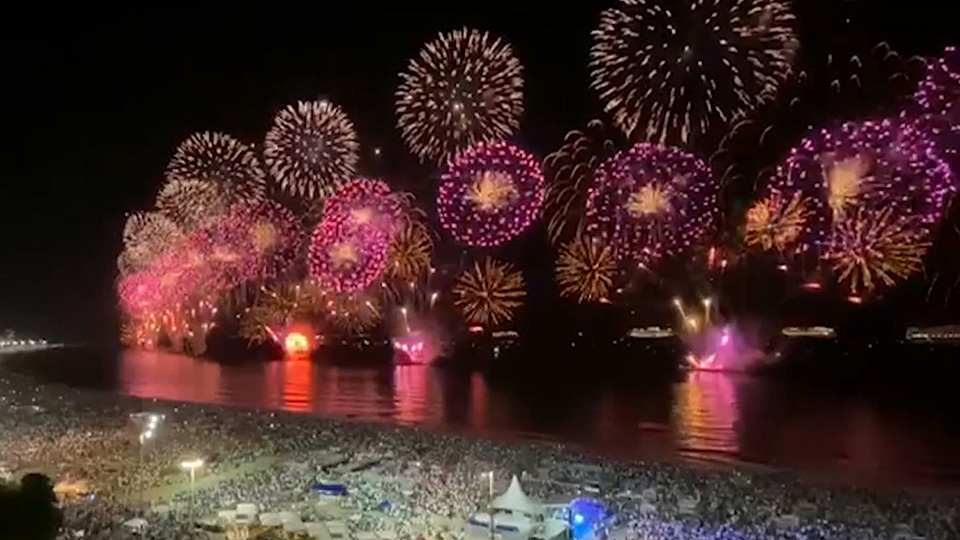 Rio de Janeiro’s New Year Celebration is only the city’s second biggest party after Carnival. And this year’s $2.5 million bash rang in 2020 with the usual revelry superstition and religious traditions.

A packed Copacabana Beach with over 2.9 million tourist and locals, according to city officials, united to countdown the final seconds of 2019 and welcome a New Year and new decade.

When the clock struck twelve, a breathtaking 14-minute fireworks display lit up the Rio de Janeiro sky. The almost 17 tons of pyrotechnics brought magic to what is considered the biggest New Year’s beach party on earth. A moment to remember.

This year’s theme was “Amor a Cada Vista,” or Love Wherever you Look, a tribute to the city itself. And like many other Brazilian takes on celebrations, New Year’s Eve draws from its African roots. Drums, rituals of Candomblé and Umbanda, the two main Afro Brazilian religions.

There is a joyful mysticism among believers and the curious alike, eternal hope for the New Year, and the party quickly turns to the sea and the ritual of jumping seven waves, each one, an opportunity to make a wish. Most people asked for health and peace.

And as tradition dictates, everybody was dressed in white, a color with the power to ward off evil spirits, bring peace to the world and, most importantly, pay homage to Iemanja, the Afro-Brazilian goddess of the sea. 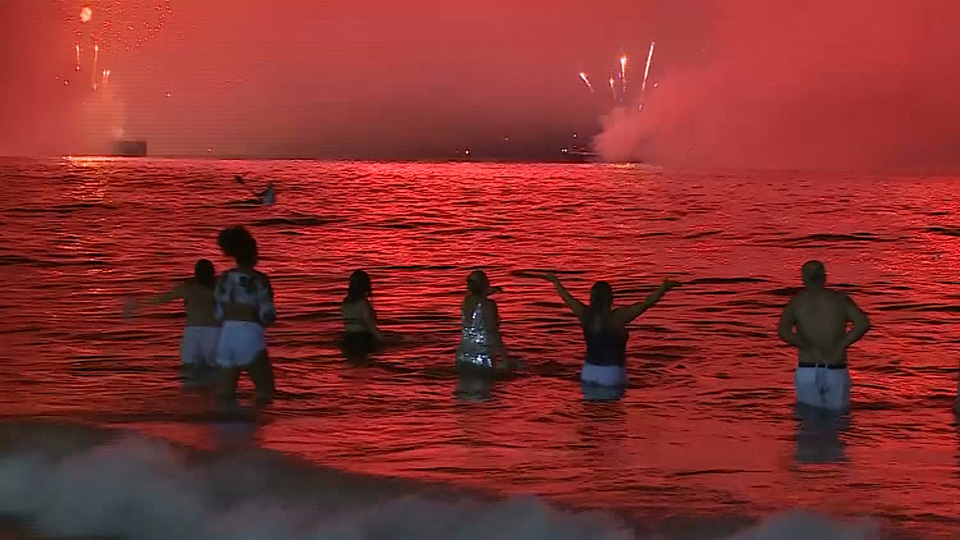 Revelers jumping seven waves, making a wish on each jump.

Revelers jumping seven waves, making a wish on each jump.