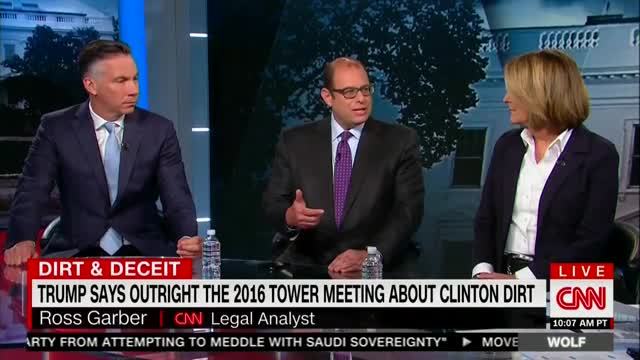 Note: This story was originally published on December 2, 2019.

Washington – Ross Garber, the go-to guy for governors in trouble, says the impeachment inquiry into President Donald Trump is likely to hurt Democrats by bolstering the president’s base and hurting former Vice President Joe Biden in the early Democratic primaries and caucuses. 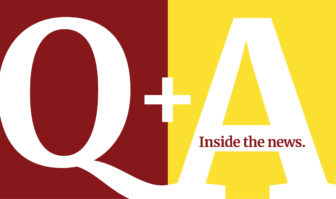 “Politically, I think that is the most likely result,” he said.

And Garber, 52, knows about impeachments.

Over the past two decades, Garber has represented four Republican governors who were impeached — John Rowland of Connecticut, Mark Sanford of South Carolina, Robert Bentley of Alabama, and Eric Greitens of Missouri.

Except for Sanford, all ended up leaving office.

Now Garber’s a frequent contributor on CNN, giving his views on an impeachment inquiry into Trump that was touched off by a CIA analyst’s complaint about the president’s phone call with Ukraine’s leader and allegations that Trump held up military aid to that county in exchange for an investigation of former Vice President Joe Biden and his son.

Garber, who was born in Montville, received his undergraduate and law degree from the University of Connecticut and continues to practice law in the state. He divides his time among Washington D.C., New Orleans, where he teaches a class at Tulane University, and Connecticut.

He spoke to the Connecticut Mirror last week about the ongoing impeachment inquiry into the president and what Trump’s likely defense will be when the Senate takes over the process:

Question: What did you think was the most compelling testimony before the House Intelligence Committee ?

Q: Do you think that Ambassador Sondland was trying to clean up his image and reputation? I mean, he had to revise his testimony a couple of times.

A: One of the things I was struck by is that none of the witnesses who testified justified or defended the president’s activities. And Sondland was probably in the best position to do that. He’s not a “never Trumper,” he’s not a career bureaucrat, he was someone who was a contributor to the president’s inaugural committee and a political appointee ambassador. So, I think that, regardless of his motivations, I think it was interesting that he did not support the president’s actions.

“One of the things I was struck by is that none of the witnesses who testified justified or defended the president’s activities.”

Q: How damaged were the Republican defenses of Trump by the testimony of witnesses like Sondland and Hill?

A: If you are viewing it through a political lens, which is the lens through which you have to view impeachment, it doesn’t feel like the president’s defenses, at least in part, were significantly damaged at all. I was watching Congressman (William) Hurd from Texas as sort of a touchstone. He’s an African -American, Republican, moderate, who before he was in Congress, was a CIA officer… and he’s not running again for re-election… So I was watching him closely, and after all the testimony, he essentially said that he did not love the president’s conduct, but it didn’t rise, in his opinion, to the level of impeachment. I thought it was telling. It doesn’t seem like the proceedings moved any Republican votes. 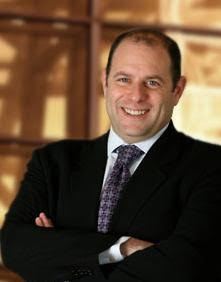 Q: Yes, we had a week of public testimony, some of it very dramatic, and it seems like it did not change anybody’s mind.

Q: Some of the recent polls can’t give Democrats a lot of heart. (A recent Quinnipiac poll, for instance, determined voters were not swayed by the impeachment hearings and remain split, 45-48 percent, on whether the president should be impeached and removed from office.) Is it the weakness of the Democrat’s case or the fact that we’ve become much more partisan?

A: Certainly Trump has been very good at requiring loyalty from Republicans and getting loyalty from Republicans. But I also think that it’s too facile to explain the partisan divide on impeachment solely on that. Look, the Clinton impeachment was a very partisan process – it was an incredibly partisan time… and the facts were very weak, but nevertheless a bunch of Democrats voted to start the impeachment process and several Democrats voted in favor of impeaching the president. I think you can’t completely explain away somebody like William Hurd or (Republican Rep.) Francis Rooney of Florida, who is also not running for re-election … as attributed solely to fealty to Trump or partisanship in general.

Q: So you think Republicans really think there’s no case to impeach the president?

A: Oh, I didn’t say that. I really think, as a practical matter … I think it doesn’t appear that Democrats have made that case in a way that persuades the American people, at least not yet. It’s about persuading a requisite number of members of the House and Senate, that’s what the impeachment process is about. And it doesn’t seem like Democrats have made much progress in doing that.

Q: So you think if the polls change, then Republicans will change?

Q: You say the timing of the process may hurt Democrats because one focus of the Senate trial is likely to be Hunter Biden, who was highly paid to sit on the board of the Ukrainian gas company Burisma?

A: If Trump is impeached, that will likely happen around the New Year. So that means the Senate gets the case in January, just in time for the early presidential primaries and caucuses. So, when that happens, the Republicans in the Senate, and as a practical matter, the president, will be in control of the narrative at a very critical time. And one of the pieces of the narrative they’ve been focused on is the conduct of the Biden family. So, it’s potentially dangerous to their chances of winning the presidency if, heading into the early caucuses and primaries, the Senate is talking about Joe and Hunter Biden and what Hunter Biden was doing in Ukraine. It is not far fetched to think that Hunter Biden, at least, will get a subpoena to testify at a Senate trial.

Q: And the pace of the Senate trial would also have political impact?

A: I think (Senate Republicans) are going to make a calculus on how quickly they want to move it. As you know, in the Clinton case, the Senate did not hear from any live witnesses, they took depositions and the process was very quick. So, I think what’s going to happen is, if the House impeaches, which I think we should expect, Mitch McConnell and the president’s folks will access things then. And maybe they will decide, for a variety of reasons, that a quick process is better, in which they don’t have much, if any, testimony. They may decide, for several reasons, that the Senate trial is about justifying the president’s conduct, and so the Senate trial may focus on the Bidens and on the allegations regarding Ukraine and the Democratic National Committee during the 2016 cycle.

Q: What would be the president’s best defense?

A: What was Hunter Biden getting paid for? There’s no evidence that Joe Biden was corrupted in any way, was influenced by that money in any way … but we can see the Republicans wanting some info on this. If you are defending an impeachment based on bribery, what the Republicans are going to have to do is get inside the president’s head and explain what happened is not because of a corrupt intent, but because the president really believed there may have been corruption in Ukraine and he wanted to make sure that was addressed before aid was provided.

Q: So when this all finishes and the president is not removed from office, what is the political fallout?

A: I think what you are going to see, which you already have seen some of, is the president using this to fire up his base. He’s already portraying this as a continuation of the ‘Russia witch hunt.’ There are already ads being run that say Democrats are being partisan, that there were Democrats in Congress that were trying to have him impeached since the time he took office. And (Trump) will say it was an effort that resulted in the (Special Counsel Robert) Mueller investigation. And he will say that resulted in ‘total exoneration’…he will portray a Senate acquittal as ‘total exoneration.’ And he will use that to fire up his base.

Q: So good for Trump, bad for the Democrats?

A: Politically, I think that’s the most likely result. Yeah. Probably a net positive to Trump. Because it doesn’t seem like these issues are moving voters away from Trump. It doesn’t seem the process has moved voters further to impeachment.