African American people may physically experience pain more intensely than their white and Latinx counterparts due to different activity levels in their brain, a new study suggests.

Researchers at the University of Miami found that black study participants rated the level of pain they experienced from a heating thermometer up to five-times higher than other participants.

It’s not the first time this difference has been documented, but the research team suspected there was a physiological reason for this too, so they looked to the brain.

They found that two things predicted how black people would respond to a white lab attendant in his 30s increasingly inflicting pain upon them (via heat): activity in a brain network involved in the subjective experience of pain, and a history of discrimination. 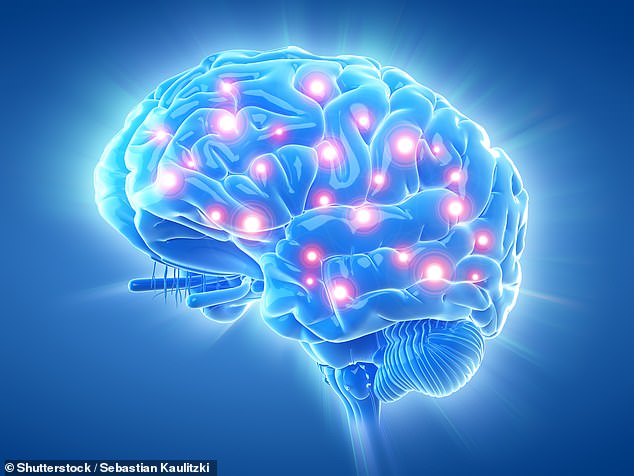 To test their theory, the research team recruited study participants, including 30 white people, 30 Latinx people and 28 black people (about half of each group was male).

In order to test pain perception they placed four thermodes – heating devices – along each person’s forearms.

The lab tech then gradually increased the heat emitted by the thermodes up to about 118 degrees F.

While this experiment was underway, the researchers also monitored the brain activity of each participant using a functional MRI scanner (fMRI).

They also asked the participants to rate their ‘pain’ and the ‘unpleasantness’ of the sensation on a scale from one to 100.

On average, the African Americans in the group rated pain about five points higher than their white or Latinx peers.

And the heat was an average of nine points more unpleasant to the black group members.

Ahead of the experiment, the participants were also asked question about their personal histories, including their experience of discrimination

Those who reported enduring greater discrimination also rated their pain and unpleasantness levels higher than those who had lived relatively untouched by racism and other forms of prejudice.

Pain is well known to have both objective and subjective components, and is notoriously difficult to measure for this reason (which, in turn, creates many issues in prescribing correct dosages of painkillers to adequately treat pain without inducing euphoria and addiction).

In neurological terms, we have a so-called ‘pain matrix’ in the brain, comprised of the anterior cingulate cortex, the thalamus and the insula.

Participants had consistent brain activity in the portions of this matrix thought to be involved in the ‘objective’ experience of pain.

But the racial groups had different activity signatures in the parts of the brain believed to mediate the subjective experience of pain, which involves how painful we expect something to be, how powerless we feel to stop it, and how indefinite we believe this pain will be.

And black participants showed greater activity in these areas of their brains – namely, the nucleus accumbens (NAc) and the ventromedial prefrontal cortex (vmPFC), which are involved in the brain’s higher, executive functions – especially so if they’d suffered discrimination throughout their lives.

Correspondingly, those with increased activity and a greater history of discrimination were more likely to distrust the lab worker more and more as their pain intensified.

‘Our findings of neural differences related to sociocultural factors are in line with a growing literature in cultural neuroscience,’ the study authors wrote in the journal, Nature Human Behavior.

‘This literature has demonstrated differences in brain function underlying cultural variation in a variety of social and cognitive domains including emotion processing, perception of the self and others, sensory perception and attention.’

They added that they hoped their research might help debunk long-held, racist and dangerous assumptions about how black people experience pain.

‘Our findings also provide important evidence against the counterfactual and damaging view held by both clinicians and lay people that [African Americans] are less sensitive to pain than [White Americans],’ they wrote.